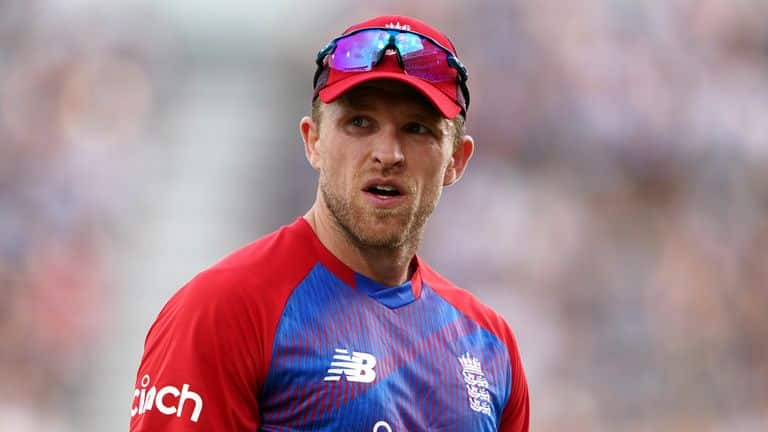 England fast bowler and T20 World Cup 2022 winner David Willey has decided not to take part in the upcoming edition of the Big Bash League (BBL) after he and Sydney Thunder mutually agreed to terminate his contract.

Sydney Thunder confirmed that Willey has terminated the contract he signed earlier with the club which makes him unavailable for the BBL 2022-23. Thunder secured the services of Willey as a platinum signing in the first-ever BBL draft. Willey was one of few players who had committed to the BBL despite being committed to other leagues on the horizon and was set to be available for the major part of the tournament. Although the reason is yet to be specified why Willey opted out of Australia’s biggest T20 league. Willey hasn’t made any statement regarding this but the club confirms the development.

The Head of Sydney Thunder Andrew Gilchrist conveyed Willey’s decision by releasing an official statement. In that statement, Gilchrist said that Willey won’t be playing for the club this season and also wished him well for the future.

“David and his management have been tremendous to deal with. Sydney Thunder regrets David won’t be playing for us this season, but we wish him and his family all the very best for the future,” said Andrew Gilchrist, head of Sydney Thunder.

Willey is one of the most seasoned T20 cricketers in the world. He can swing the ball upfront and can be effective in the slog overs. To his credit, he has scored a hundred in T20 cricket which means he’s no less with the bat. Thunder will definitely miss Willey as he could’ve added value to the setup with his experience and knowledge.

Gilchrist confirmed that Thunder had commenced its search for a world-class replacement player to replace Willey in the squad. He asserted that foreign recruits and ‘incredible players’ like Alex Hales and Rilee Rossouw will strengthen Thunder’s team. According to Gilchrist, David Warner’s signing has been the ‘best signing’ for the Thunder nation.

“We’ve started the process, but Sydney Thunder boasts some incredible players on this summer’s roster. Alex Hales has been a star for England’s T20 World Cup campaign, and Rilee Rossouw proved while playing for South Africa how dangerous he can be. We also have the best signing of the season in Dave Warner, while Jason Sangha, Chris Green, Tanveer Sangha, Ben Cutting, and Matthew Gilkes are among the best in the business. There is a lot for Thunder Nation to be excited about.” added Gilchrist.