Home » News » BBL: 5 Players Who Can Help Their Team to Win Match of HEA VS HUR

BBL: 5 Players Who Can Help Their Team to Win Match of HEA VS HUR 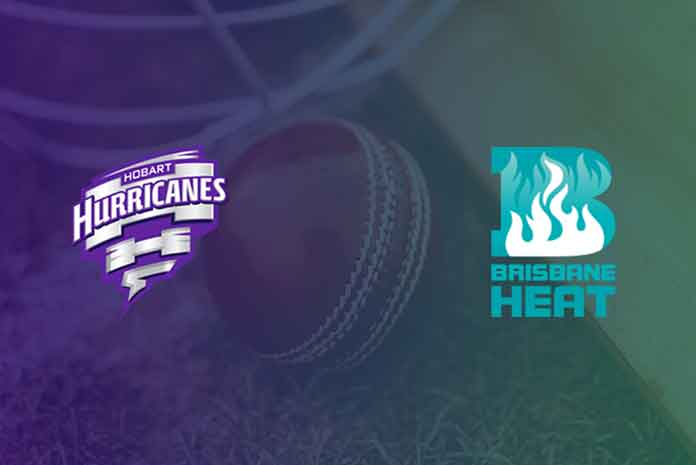 The Gabba will see this year’s first HEA vs HUR game on January 20. So far in the BBL, the two teams have faced several opponents but not each other. While Hobart Hurricanes will fight to make its way to the top 4, Brisbane Heat wouldn’t want to end in the bottom. Thus making this BBL game an exciting one. When it comes to the points, Hobart Hurricanes, Adelaide Strikers and Sydney Thunders are all with 10 points each and the only difference between the three sides is net run rate.

With only four victories out of their first 11 games, the second-to-last Brisbane Heat are in trouble. However, coming into this HEA vs HUR game, they will be high on confidence from winning against Adam Zampa-led Melbourne Stars. Hobart Hurricanes on the other hand lost to Perth Scorchers in the last game. Speaking about HEA vs HUR games, to date, the two sides have faced each other 20 times in BBL. Hobart Hurricanes have dominated Brisbane Heat by winning 12 games out of 20 and the rest are won by Brisbane Heat.

BBL: Here are 5 players that can shine in the HEA VS HUR BBL clash

The former Sydney Thunder player made his debut this year for Brisbane Heat. Khawaja will be leading the side. The Australian opener has bedazzled everyone with his consistent performances in the last few test series played. This year he has played only 2 games in BBL scoring just 30 runs. Nonetheless, one cannot keep him quiet with the bat for a long time and hence, he could be one of the top performers.

The young all-rounder is a complete package. His ability to accelerate with the bat and then pick up wickets too is an added advantage for the team. While Tim David hasn’t delivered any out-of-the-box performance yet in the BBL, he has done fairly well. In 11 games that he has played for Perth Scorchers, he has scored 282 runs. His 282 runs have come at a strike rate of 162.07 and an average of 40.29. Despite not bowling regularly, he has maintained his economy at 7.75 this year.

Coming into the HEA vs HUR match, Brisbane Heat would be confident of their batting line-up. Captain Usman Khawaja will have deep faith in Matt Renshaw. After an early collapse against Melbourne Stars, Matt Renshaw single-handedly won the game for his team. Keeping in mind the intricacies of the game and accessing the situation well, Renshaw scored 90 runs from 56 balls consisting of six fours and four sixes. It won’t be surprising if the middle-order batsman does something similar in the next game.

While Michael Neser may not be in the top 10 wicket-takers in BBL 12, the player has provided the team with consistency. Earlier this season, Neser picked up his 8th hat trick of the BBL. In the game against the Stars, he troubled the batsmen with his pace and picked up 4 wickets. It’ll be interesting to see how the Hurricane batsmen play Neser in the HEA vs HUR game.

In this season’s BBL, Meredith has established himself as a crucial component of the team. The pacer’s 17 wickets in 11 games have been taken at an avg of 23.54. He will try to bring more victories to the team and give the bowling squad something unique to offer.