Home » News » BBL: 5 Players Who Can Help Their Team to Win Match of HEA VS STA

BBL: 5 Players Who Can Help Their Team to Win Match of HEA VS STA 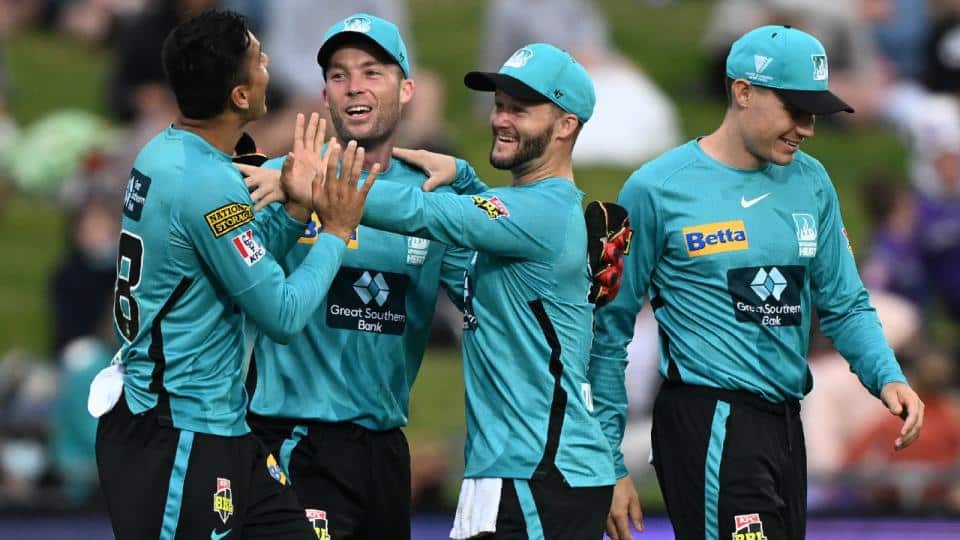 After clinching a victory in their last game against Hobart Hurricanes, the Brisbane Heat are still in the race to reach the playoffs this year at BBL. The HEA vs HUR game, however, could be much more intense than expected. Melbourne Stars are at the bottom of the BBL table with merely 3 victories but they can ruin the party for the Brisbane Heat. In the last HEA VS STA match, the Adam Zampa-led Melbourne Stars faced a 3-wicket defeat.

The two teams have played against each other 17 times in BBL so far. With 10 wins, Brisbane Heat clearly has an impressive record against the Melbourne Stars with 7 wins. The Usman Khawaja led team has won the last 3 in the 3 games they’ve played. However, the Stars have had a forgettable BBL season so far. Nonetheless, they would want to register some victories in the concluding phase of the competition.

The Melbourne Stars captain has had an average season so far. He was in the news for his failed attempt to execute a non-striker run out. Nonetheless, the captain in 12 games has 13 wickets under his belt at an economy of 7.02. Trying to end the season on a better note, the team will want their captain to deliver.

Melbourne Stars wicket-keeper batsman Joe Clarke has had a great BBL league season. The runs have been constantly coming from his back, making him the fifth-highest run-scorer. In 12 innings, he has 346 runs with a high score of 101 not out. Making him one of the players to look out for in the HEA VS STA game.

With their batting lineup, Brisbane Heat may be confident. Matt Renshaw is the side’s Mr. Dependent. Matt Renshaw single-handedly brought his club to victory over Melbourne Stars after an early loss. In the games against Hobart Hurricanes, he was once again the high scorer with 40 runs and even picked up a wicket. His all-around performance could make him stand out in this BBL game of HEA VS STA.

Keeping up with his game, Neser won the man of the match in the Hobart Hurricanes game. In the most recent game, the all-around bowler’s three wickets for 27 helped him deliver a match-winning stint against the Hurricanes. With 18 wickets from just 10 innings, Neser is presently in first place on the list of highest wicket-takers.

The top Australian batsman has been steamrolling red-ball cricket for a number of years. However, with only 90 runs this season, he is yet to have a significant influence in the BBL. Brisbane Heat will be hopeful that the player picks up some quick runs in this HEA VS STA game.