Home » News » BBL: 5 Players Who Can Help Their Team to Win Match of HUR VS SIX

BBL: 5 Players Who Can Help Their Team to Win Match of HUR VS SIX 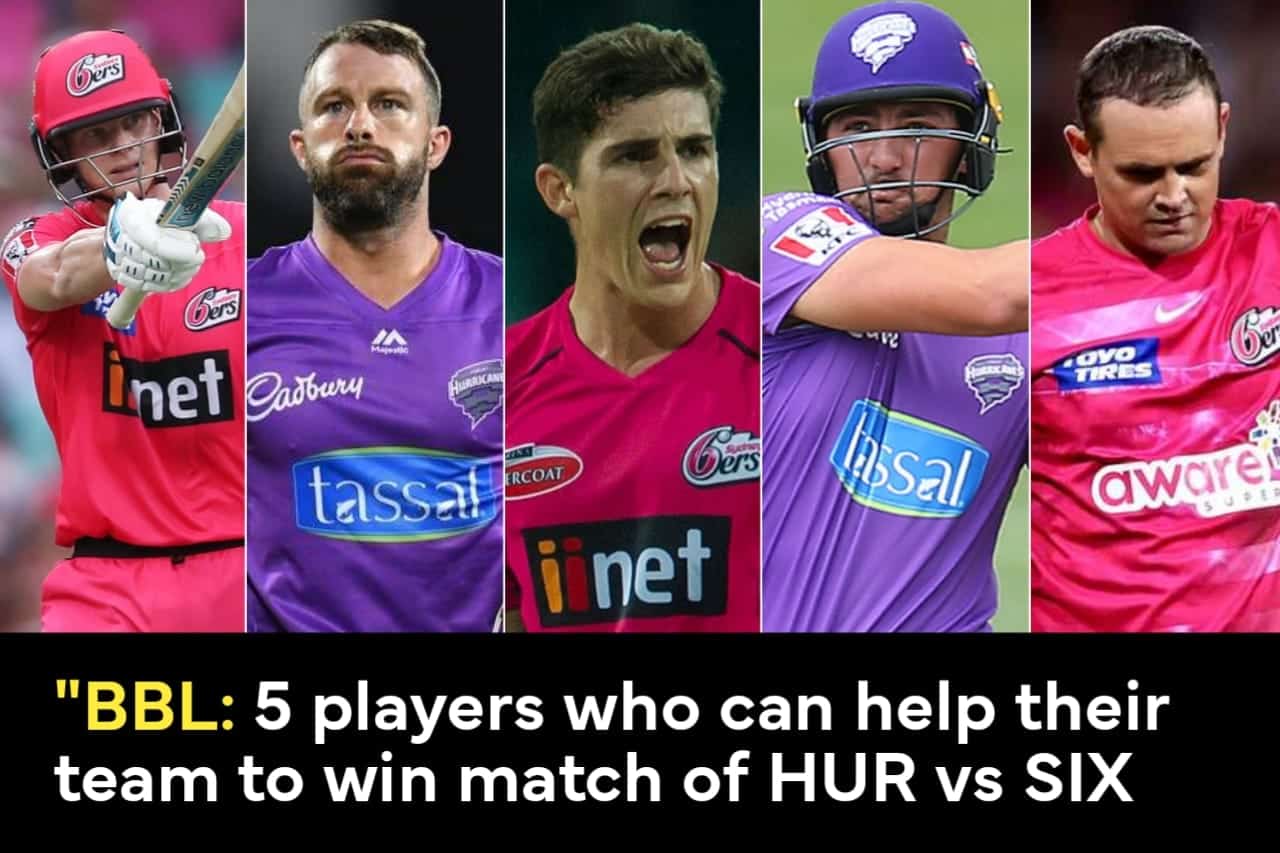 The Monday matchup of the BBL 12 will be HUR VS SIX. Both teams are coming into the game facing opposite results. Hurricanes lost to Brisbane Heat meanwhile Sixers have comfortably won the Sydney Derby. As the BBL enters its last concluding phase starting this week, the HUR VS SIX will be an important game for both teams. It will be the last game of the tournament for Sydney Sixers and the second last game for Hobart Hurricanes.

This HUR VS SIX will be the game between the second last placed team at this year’s BBL versus the second-placed team. Earlier this season when the two sides locked horns with each other, it was Sydney Sixers that emerged victorious. However, that hasn’t always been the case. In the 17 HUR VS SIX games, both teams have been at par with each other. The hurricanes have 9 wins under their belt and Sixers have 8.

Steve Smith: Once was good, twice is great is the story of Steve Smith. The star batsman for Sydney Sixers, also known as the ‘test specialist’ for the Australian now has 2 back-to-back BBL centuries to his name. Prior to this season, the player had no centuries in this league to his name. This came as a pleasant surprise to not just fans but the opposition too. In the last Sydney derby, facing 66 balls, he scored 125 runs staying not out in the end. Continuing his form, he will be keen to end the season with another great knock.

Steve O’Keefe was the difference between the two sides on Saturday. The Sydney Sixers player was the match-winner picking up 4 wickets by giving only 10 runs. Thanks to his performance, the opposition was all-out for 62 runs. It’ll be an interesting HUR VS SIX contest, especially seeing how the opposition batsmen will play O’Keefe.

Hobart Hurricanes may have lost their previous BBL encounter against Brisbane Heat but one of the positives from the game was Tim David. Tim David had an average BBL until the last game when he went right after the bowlers scoring 44 for 27 balls with a strike rate of 162.96. However, he had an off day with the ball as he conceded 22 runs in 2 overs. Nonetheless, the player has gotten into the groove and could be a crucial pick for his team in the HUR VS SIX fixture.

Hurricanes captain Matthew Wade might be disappointed with his team’s overall performance but there’s barely anything he can do now. When the openers were dismissed early in the game against Heat, he played a calm and composed captain’s knock. Wade managed to score 45 runs from 37 balls that helped the team recover from 14/2 in 2.2 overs.

The most wickets in the competition were taken by the right-arm fast bowler for Sydney Sixers. Sean Abbott has taken 23 wickets in 12 BBL games so far, with an 8.15 economy rate. In the SIX vs. THU game on January 8—a game the Sixers won—he recorded his best stats of the year, 3-9. In the Sydney derby on Saturday too, he dismissed 3 opposition batsmen.