Home » News » BBL: 5 Players Who Can Help Their Team to Win Match of REN VS STR

BBL: 5 Players Who Can Help Their Team to Win Match of REN VS STR 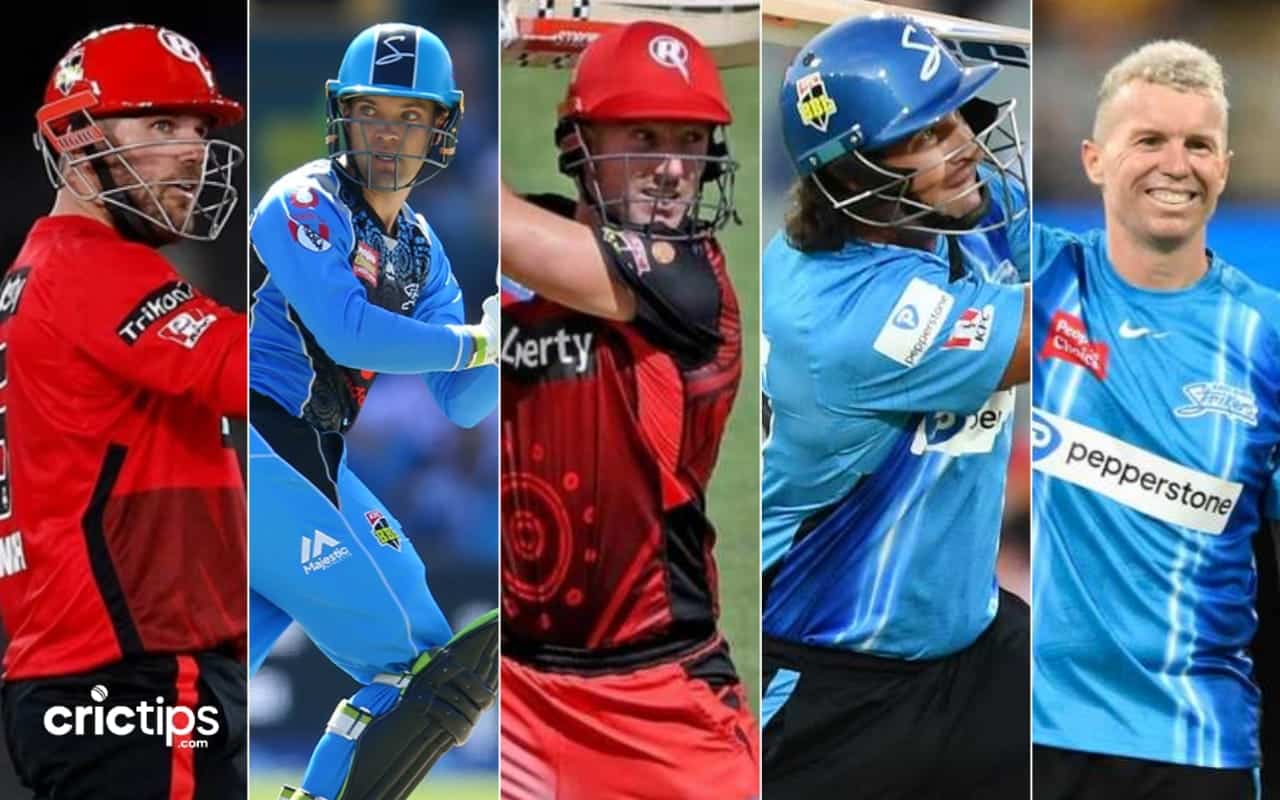 The BBL 12 started on December 13, 2022, has finally reached its concluding phase. REN vs STR will be the third last game of the group stage. Both the teams are coming from facing a loss against defending BBL champions Perth Scorchers. While the Adelaide Strikers had a very poor performance in their last game, Strikers showed great intent but fell just short.

Coming into this REN vs STR game, the Adelaide Strikers will want to end their 4-match losing streak. The last time the two teams were against each other in this year’s BBL, Adelaide Strikers had put up a massive 200+ runs score to win the game by 20 runs. In the 17 REN VS STR fixture, the Strikers have 11 wins and 6 wins under the belt for Melbourne Renegades.

Here are 5 important players in the REN VS STR third-last BBL clash:

In the current BBL season, Aaron Finch has accumulated 355 runs in 13 games for the Melbourne Renegades at a strike rate of 123.69. The star player would aim to perform at the top of his game and show the Strikers his batting prowess.

The BBL clash between Perth Scorchers and Adelaide Strikers saw Shaun Marsh play a quick cameo. The team was chasing a 213-run target. Opening the innings, he scored 54 runs in 34 balls. He will look forward to helping his team win the REN vs STR fixture.

After an embarrassing defeat against Scorchers, Strikes captain Alex Carey will want his team to step up to the occasion. The team couldn’t even reach 100 runs batting first. In 3 BBL games that he has played, he has scored 1 half-century and a total of 57 runs.

The veteran Australian fast bowler has been one of the best bowlers in the BBL. It is not just his performance but the experience he brings that is needed for the side. Having played enough international games, he has the ability to understand, analyze and deliver accordingly.

While the New Zealand all-rounder was unable to deliver well in the previous game it was just an off day. Playing in his first year of BBL, he has 224 runs under his belt in 12 games and picked up 5 wickets.