Home » News » BBL: 5 Players Who Can Help Their Team to Win Match of SIX VS THU

BBL: 5 Players Who Can Help Their Team to Win Match of SIX VS THU 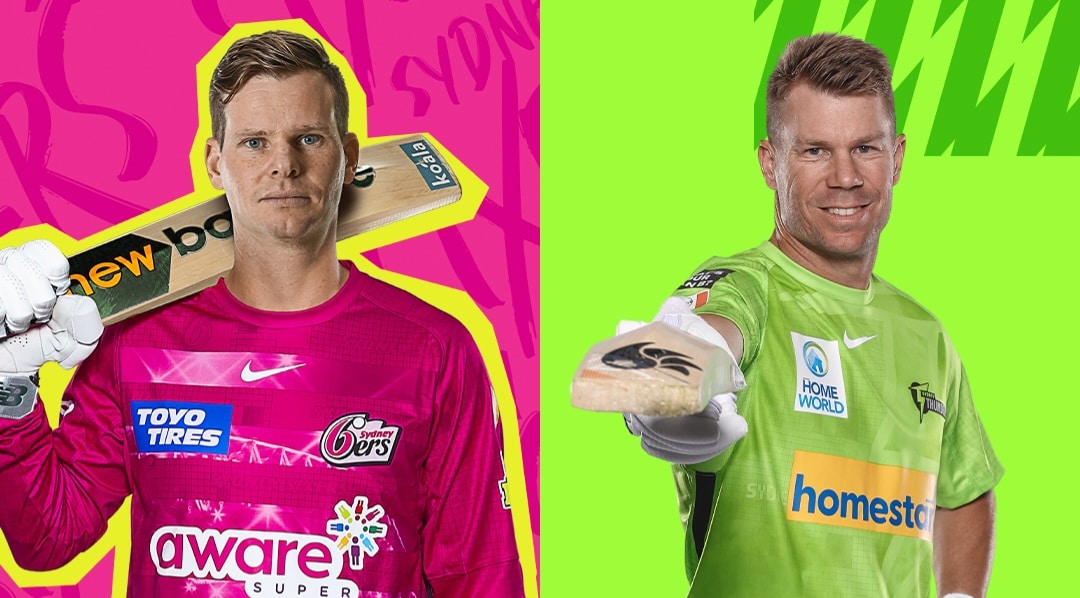 BBL’s Saturday clash will have Sydney Sixers take on Sydney Thunder. The SIX vs THU game will be an interesting watch as David Warner will play against Steve Smith. The participation of big players this year in BBL has undoubtedly captured the interest of fans. Both teams will aspire to win the game and come one step closer to reaching the playoffs. The Sixers are right behind defending champions Perth Scorchers and Sydney Thunder is at the fourth spot.

The BBL Sydney derby will see both teams high with confidence making this SIX vs THU game an interesting contest. The Sixers enter the game with a three-game winning streak, their most recent triumph coming over the Adelaide Strikers. As for Sydney Sixers, they comfortably chased the target against Melbourne Renegades with 9 balls to spare. Speaking of SIX VS THU, they’ve played against each other 22 times. The Sixers are far ahead in the competition having won 15 matches and the Thunder with 7.

In the last game versus Adelaide Strikers, Steve Smith scored his first-ever BBL century. Having played only 2 games this season, the test expert has surprised everyone with his quickfire innings. With the red-hot form that he is in, it won’t be a surprise if he emerges as a top scorer in the SIX VS THU match.

The bowling all-rounder Daniel Sams is the trump card for Sydney Thunder. In 11 innings, he has picked 16 wickets. What makes Sams standout is his ability to pick up wickets in the powerplay. Not only this but also he can contribute to the team with the bat. His role in this BBL Sydney derby will be crucial to keep Thunder in the race for the playoffs.

The long-awaited return of David Warner hasn’t been as expected. Playing his first BBL in years. David Warner has been quiet with the bat. However, known as one of the best batsmen of all 3 formats, it is anticipated that he could be the one who could single-handedly win the game for the Thunder.

Sydney Sixers’ right-arm fast bowler is the tournament second highest wicket-taker. In 11 matches so far in BBL, Sean Abbott has picked up 20 wickets with an economy of 8.15. His best figures this year 3-9 came in the previous SIX vs THU match which was won by the Sixers.

Oliver Davies, who bats for Sydney Thunder, is unquestionably one of the league’s most effective batters. The batter has scored 323 runs in 11 innings, including three half-centuries, making him the team’s leading run-scorer.