Home » News » BBL: 5 Players Who Can Help Their Team to Win Match of STA vs THU

BBL: 5 Players Who Can Help Their Team to Win Match of STA vs THU 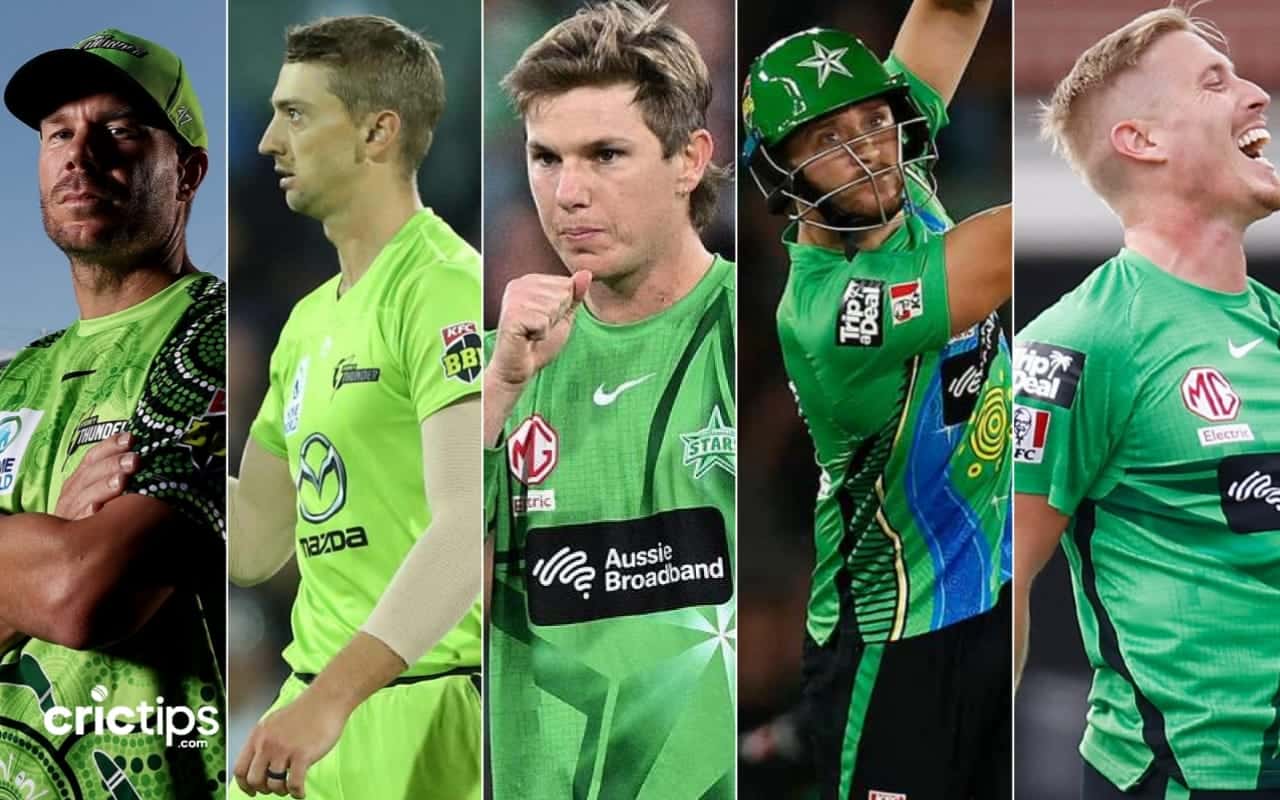 BBL: Melbourne Stars (STA) and Sydney Thunder (THU) will face off in the final group stage game of this year’s Big Bash League (BBL). The match will be played at the iconic Melbourne Cricket Ground (MCG) on Wednesday evening. While the Stars have already been knocked out of the tournament with only six points thus far, the Thunder are still in contention to make the playoffs. The STA VS THU game is a dead rubber for the Stars but a very important game for Thunder as far as their chances in the playoffs are concerned.

Both teams have lost four of their last five matches. Head to head, the Stars have an upper hand over Thunder. The Sydney-based team trail in the overall head-to-head 10-8 but won their last meeting earlier this season. The last time when both teams squared off against each other, Thunder emerged victorious in a close encounter by one wicket from the last ball. Melbourne Stars’ will go unchanged for their final game of the season. On the other hand, Jason Sangha is back for Sydney Thunder after recovering from a broken collarbone.

Here Are 5 Crucial Players in the STA VS THU Match of the BBL 12:

The Stars opener has been one of the most prolific run-scorers in this ongoing edition of the BBL. He has been very consistent for the Stars and is one of three players to have hit a century in BBL 2022-23. Three of his last four scores have been over 30. Clarke is the top run-scorer for Melbourne Stars with 342 runs at a strike rate of 130. He has struck 16 sixes and 25 fours. When he is on a song he can dominate any bowling lineup in the world. He’ll have the responsibility to make sure that the team gets to a good start. At MCG, Clarke would love to add a few more runs to his tally to climb up the ladder of the highest run-scorer.

He may not be in the best of touch, but the opposition must be wary of the threat that the dynamic left-handed batter poses whenever he takes guard. Warner has not made a score of over 26 since coming back from international duty, he remains the batter that other teams fear and the one they most want to dismiss. Playing against his reputation, the Thunder opener has been pretty poor during the four games in the BBL, as he has only made 61 runs and hasn’t looked like the same batter as he did in the Test series against South Africa, especially in the Boxing Day Test. MCG has been a happy hunting ground for him in the past and he’ll look to end the season on high.

Playing his first season in the Big Bash League, the England pacer has impressed one and all with this ability to pick wickets regularly. The left-arm pacer has been the best bowler for Melbourne Stars and has picked up 19 wickets while bowling at an average of 21 and an economy rate of 8.81. As the economy suggests, Wood has been expensive throughout the competition but has been a regular wicket-taker. Against a struggling batting line-up of Thunder, Wood can wreak havoc with the ball. He is the joint-fifth leading wicket-taker of the tournament and will be looking to add to his tally in the game against the Thunder.

Sams has been the best bowler for Sydney Thunder and has picked up 15 wickets while bowling at an average of 17 and an economy rate of 8.34. The left-arm pacer can take the new ball and over the years has mastered the art of bowling in the powerplay and is a reliable customer at the back end in the slog overs. He has the ability to bowl in all phases of a T20 game which makes him a key weapon of the team. Sams has been a proven performer in the BBL for Thunder. Although he has not played to his reputation with the bat in hand, he could well deliver his best shot against the Stars. Sams is a sheer competitor and is expected to deliver big in this match to help his team win big and qualify for the playoffs.

Having been given the additional responsibility of leading the side, it was a tough season for Zampa as captain. His team is placed at the 8th spot in the Big Bash League 2022-23 points table with just 3 wins and 10 losses from their 13 matches in the league. The results didn’t go his way and that can be due to his lack of experience captaining a team for such a long tournament. With the ball, it has been a season of ups and downs. The leg-break bowler has taken 13 wickets in 13 games at an average of 28. His economy rate (7.21) has been good and that suggests that it’s tough to get runs off his bowling. Australia’s premier white-ball bowler could well be a big threat to the Thunder batting lineup.