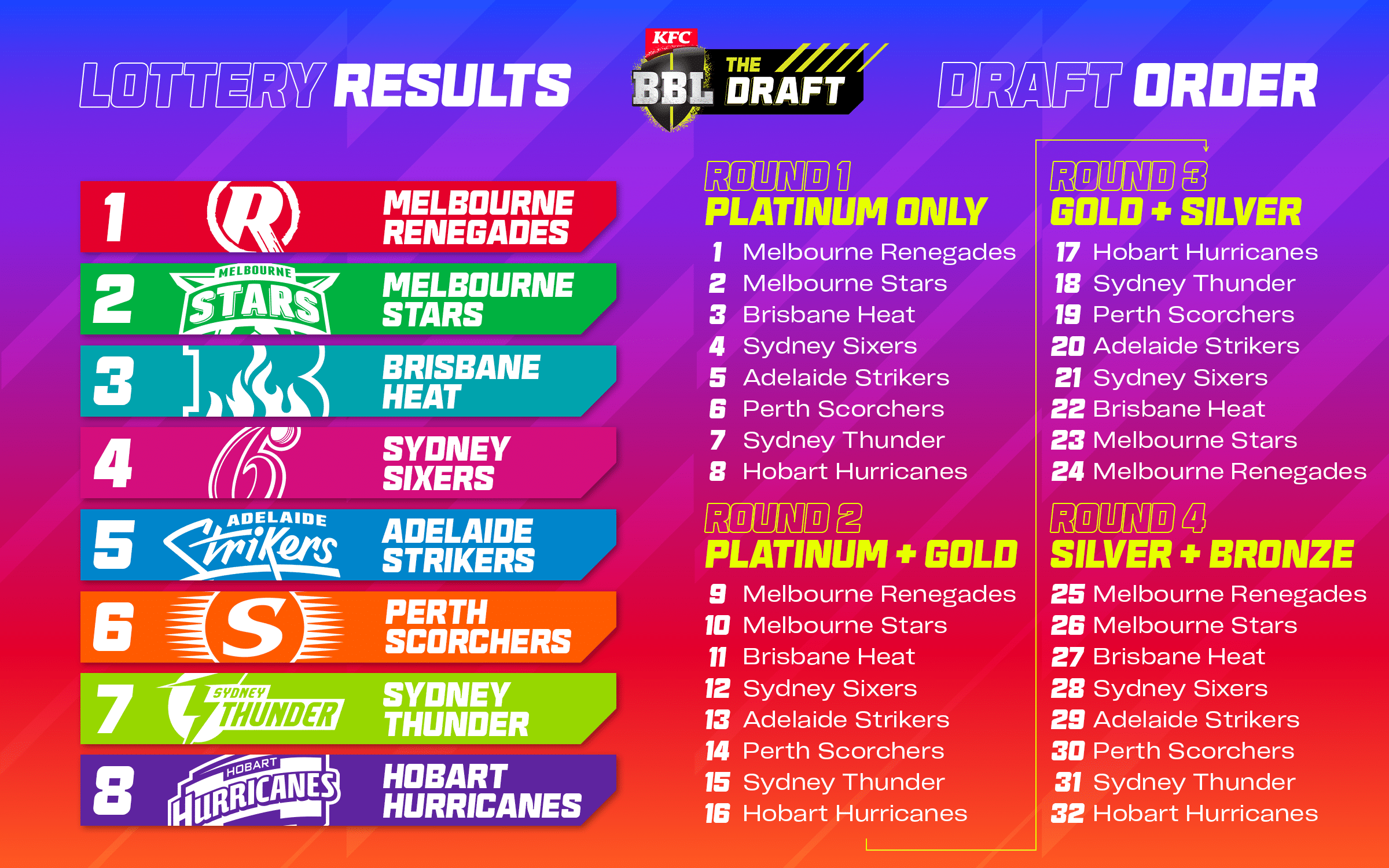 BBL Draft: Every team’s order in the draft procedure is here and Melbourne Renegades got the first pick opportunity. Meanwhile, Hobart Hurricanes are in the last position to pick their first selection. Cricket Australia has also announced that they are going to telecast the inaugural BBL draft on Fox Cricket. And it will be telecasting the draft during prime time on August 28. Bet online by checking more trusted betting sites in India for the upcoming match here on our site.

The big news is coming which can make it a more big event. As per the Daily Telegraph, three Pakistani superstars are all set to put their names in the BBL draft. The names of the players are Babar Azam, Mohammad Rizwan, and Shaheen. If these things become true then it is going to shake things up big. Currently, Babar Azam and Mohammad Rizwan are one of the best duos in T20 cricket.

On the other hand, Shaheen Afridi is the best ace pacer in the world of cricket at the current time. Along with Shaheen, the participation of Haris Rauf and Shadab Khan will also make things more exciting. In recent times, Pakistan have one of the best T20 cricket teams in the world. If any of there if joins the BBL draft then it is going to make the inaugural draft more amazing.

The Pakistani players are the only players in world cricket who do not have permission to participate in the cash-rich IPL tournament. BCCI has banned their neighbor country players due to the political tensions between the nations. Coming to the upcoming BBL season has its drawbacks in the new edition. The first challenge that BBL is going to face is the newly announced South African T20 league. Recently, the cricket board of South Africa announced that they are going to start their new franchise cricket with six teams.

All six teams are under the ownership of IPL teams owners. And it has its window in January month. And BBL will also run in the same for that there will be a clash between themes. This is not the end of challenges for the new BBL season. Recently, ICC has also sanctioned a privately owned United Arab Emirates league. And this will also run against BBL as it is going to commence on January 13. If all the things go like these then BBL will only have one month of its period to have the full fans attraction.

From January month as new leagues are going to start so, BBL will be facing a shortage of star players. If the players choose other leagues than BBL then it is going to harm BBL’s reputation and ratings. Already there are very less star players in this league. And now if other leagues start running against it then it will lose more viewership.

Here’s the most reliable source of our expert betting tips created to help Indian punters get the most out of their cricket wagers.