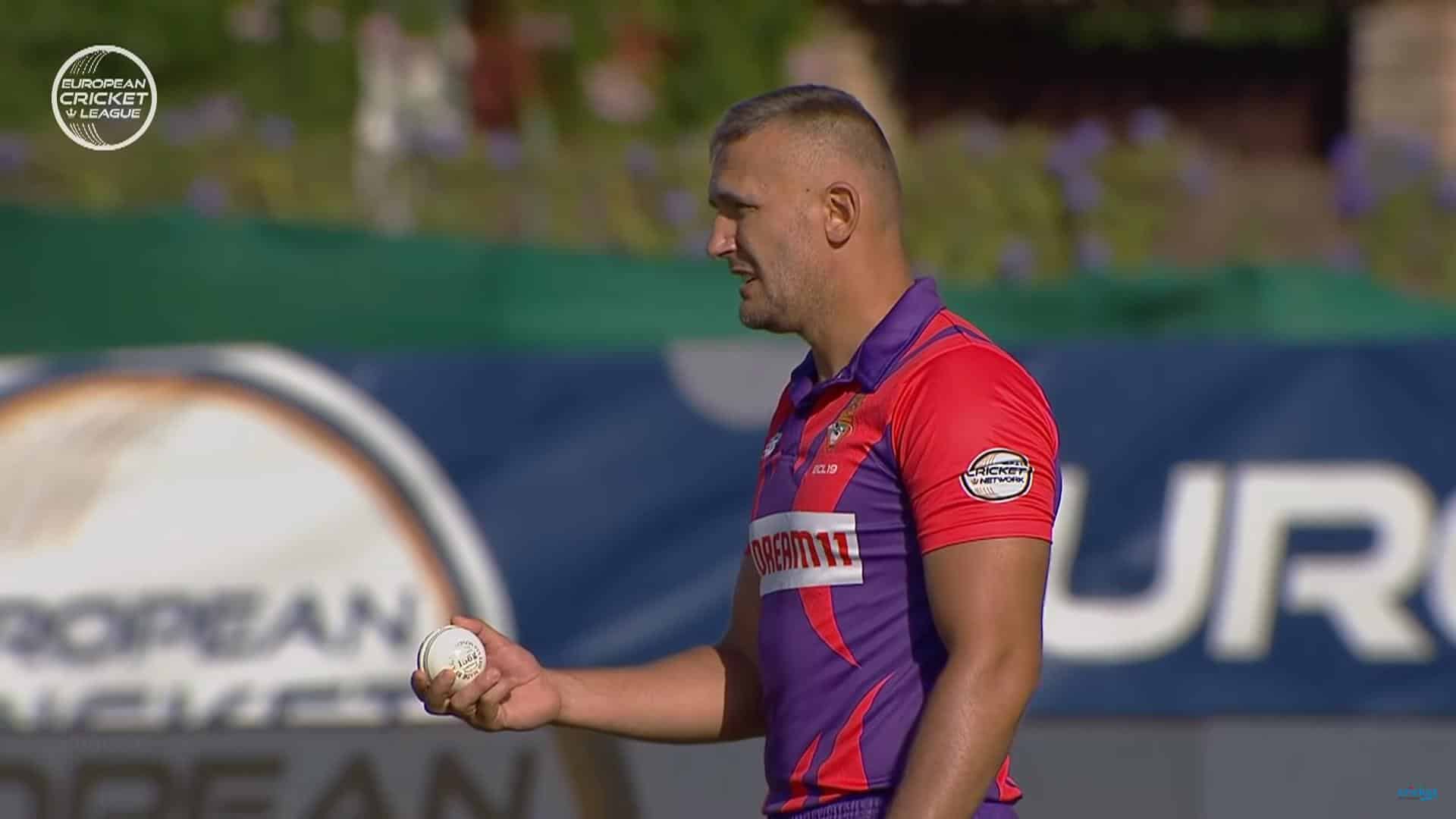 BBL Draft: The viral Romanian cricketer, Pavel Florin is once again in the limelight as he enters his name in the draft. The Romanian cricketer won the heart of cricket fans when a clip of his game went viral on the internet. It was three years ago when his peculiar bowling action went viral. Pavel Florian bowls right-arm-off break and his action are pretty weird. If you are searching for the best betting sites in India, you are in the ideal place!

His over-flighted deliveries appear to be easy to play but batters often miss judge the ball. Not only his action but also he has a funny run-up. Then it becomes replicates the Statue of Liberty pose as the ball penetrates the batter. And also his hands become like an uncontrolled kites. But the player has an undying love for this game. He use to be a nightclub bouncer and followed his passion for cricket.

Then in 2019, he broke the internet with his gameplay. His passion for cricket brought on the likes of Shane Warne and Jofra Archer. They had sent messages of support to the Transylvanians. After getting the confirmation email from BBL, he posted a screenshot with the quote, “Nothing is impossible!”. Then Florin tweeted another one where he writes about his confidence. There he writes, that maybe many people would see him as a weak player but he rates himself high. He considers himself the best because he loves what he is doing.

BBL Draft: The Officials of This League Also Reacted on Pavel Florin

“I was pretty excited to see Pavel’s email land in my inbox. Pavel said he was inspired by a love of the game and to show everyone that regardless of their abilities, that they can believe in their chance. We’d love to get him involved in the BBL somehow this summer if we can.”

The authority officials of the Big Bash League are also happy for the Romanian cricketer. They appreciate the participation of Pavel Florin in the tournament. And they mentioned that he is an inspiration to all who love the game. With this once again BBL draft gets the public attention.

And it needs this kind of attention unless the game will not get popular. Meanwhile the reports the saying that David Warner is likely to skip BBL 2022. As he will be participating in the UAE T20 league. On this matter, many legends are coming up with their words. Legend, Adam Gilchrist has said that it will be commercial suicide if Warner prefers the UAE league to his own country’s league.