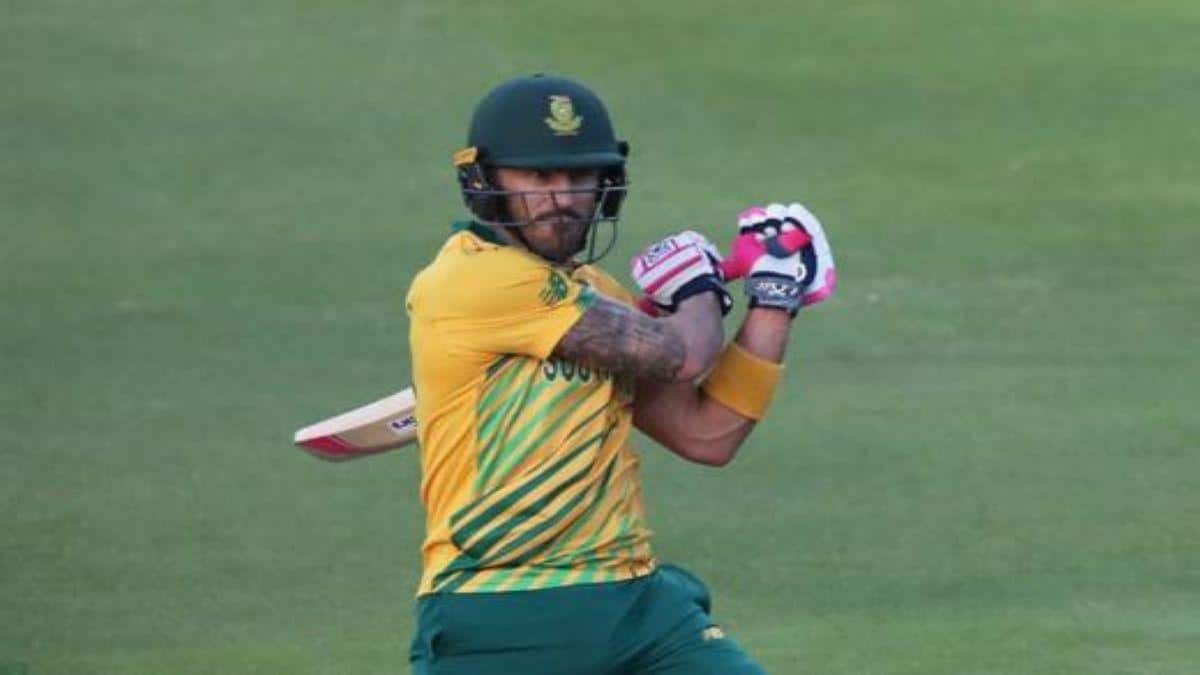 BBL: Faf du Plessis, the former captain of South Africa, has put himself forward for the (Big Bash League) BBL overseas draft. Just two weeks before the start of the competition, Royal Challengers Bangalore snagged du Plessis at the two-day IPL 2022 mega auction. And he was subsequently named their captain. According to reports, du Plessis “will be available for at least a chunk of the upcoming season.” Bet online by checking more new betting sites in India for the upcoming match here on our site.

The seasoned Proteas hitter is also one of the four foreign players named in the initial round of draft nominees, set to take place in August. Other names on this list include Marchant de Lange, the former South African fast bowler, ex-Proteas all-rounder David Wiese, and Faf’s countryman and former teammate Rilee Rossouw. The former Proteas captain has only featured in one BBL game. Which was back in the 2012 season when he played for the Melbourne Renegades. And was teammates with legendary spinner Muttiah Muralidaran of Sri Lanka and current Australian limited-overs captain Aaron Finch?

Browse the live cricket betting odds on a wide range of markets and learn how betting odds work and give you the best cricket rates online.

The former South African captain made it plain that he is open to playing for the Proteas in ODIs and T20Is. Even though he declared his retirement from Tests back in early 2021. However, it appears that the selectors and team management saw something else in him. Because he was not even considered for the T20 World Cup in the UAE in 2021. Faf scored 468 runs from 16 games in the IPL 2022. With a strike rate of 127.52, including three half-centuries, his highest score was 96.

In a lopsided match against the eventual runners-up Rajasthan Royals, RCB was eliminated from the second qualifying round. The nomination of their pricing category must fall within the range of gold, silver, and bronze. And the confirmation of their availability for the tournament is a requirement for international players who wish to compete in the BBL. Faf du Plessis may appear in the platinum category, according to reports.

BBL: Availability Of Players For The Big Bash League

A player in this category earns the highest salary, which is $AUD340,000. It is still unclear whether any of the four players will be available for the entire competition. The BBL will take place from the middle of December until the end of January.

The new T20 leagues in the UAE and South Africa are yet to be given dates. But all four players would be of interest to those leagues, with du Plessis certain to play at home. In advance of the tour of England, Rilee Rossouw, who has been recalled to the South Africa T20I squad for the first time in six years. He has played seven BBL games for the Renegades. David Wiese, who has played T20I cricket for both South Africa and Namibia, is currently six games away from reaching 300 T20s despite never having participated in the BBL.

He played a significant role in Namibia’s success at the 2021 T20 World Cup. Additionally, he has participated frequently in the Vitality Blast, CPL, and PSL. He participated in the previous year’s Hundred as well. Find the live Cricket Predictions and updates for the upcoming matches around the globe.