BBL Team of the League Stage 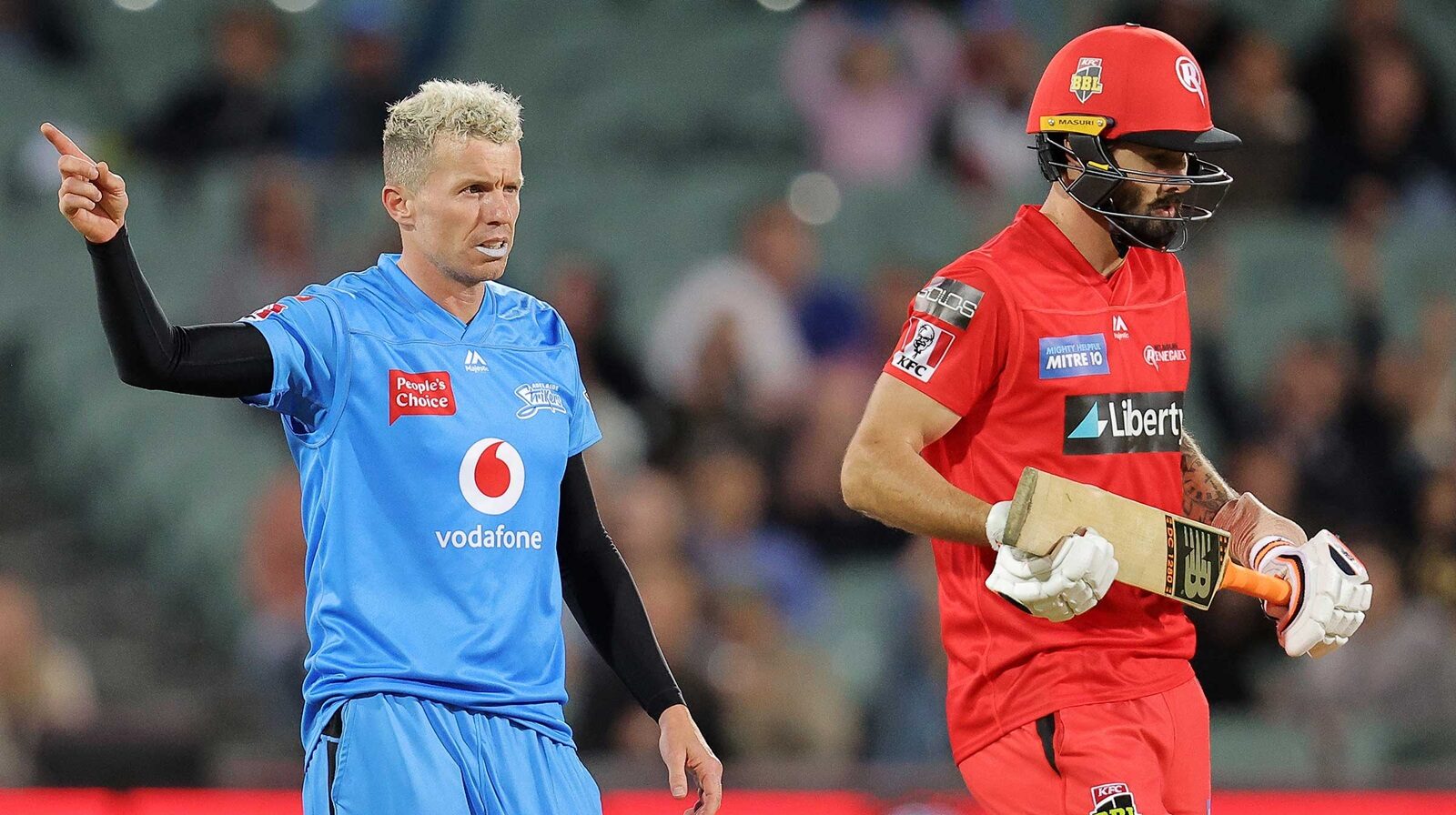 This year, too, the Big Bash has provided fans around the globe with plenty of memorable moments on and off the field. In what was a chaotic year for everybody, the tournament found a way to jump the hurdles and land on it feet. The fact that it coincided with The Ashes did not work in its favour, but fans turned up in their numbers nonetheless.

With the League Stage ending on the 19th, we have decided to take a look at the players that have enhanced their reputation this season. The absence of many Australian internationals provided fringe players and youngsters with an opportunity to make a name for themselves. Their performances have come right in time to attract the eyes of IPL franchises and possibly even warrant a spot in the National team. That being said, here is our BBL Team of the League Stage 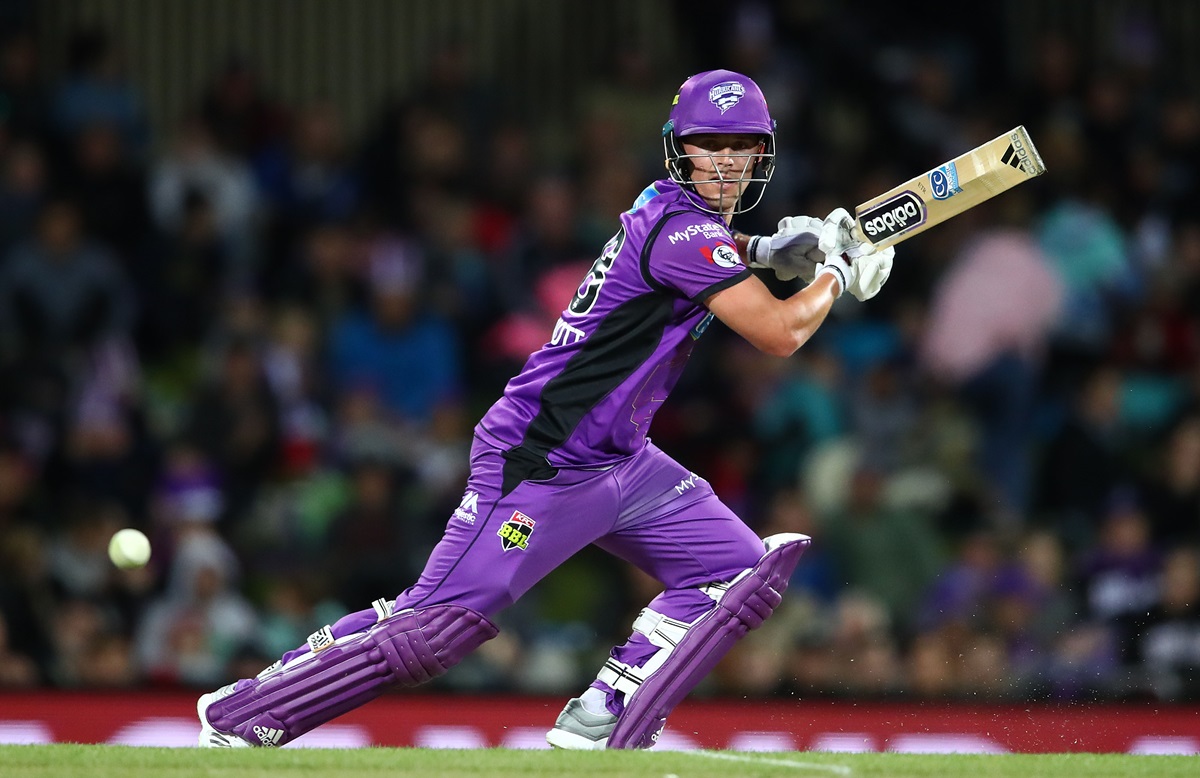 The move to the top of the order seems to have wonders for Hurricanes’ batter Ben McDermott. Though he has been a proven performer in the BBL for quite some time, ths was the year that saw him perform at his best.  Despite missing the first two matches due to injury, McDermott finished almost a hundred runs ahead of the rest of the pack. The highlight of his season was undoubtedly the two hundreds he struck in three days against the Strikers and the Renegades. He then followed that up with another 93 a week later. Safe to say, the 27 year old has definitely booked his place in Australia’s next limited overs squad. The big bash schedule 2022 is released. Do check it here. 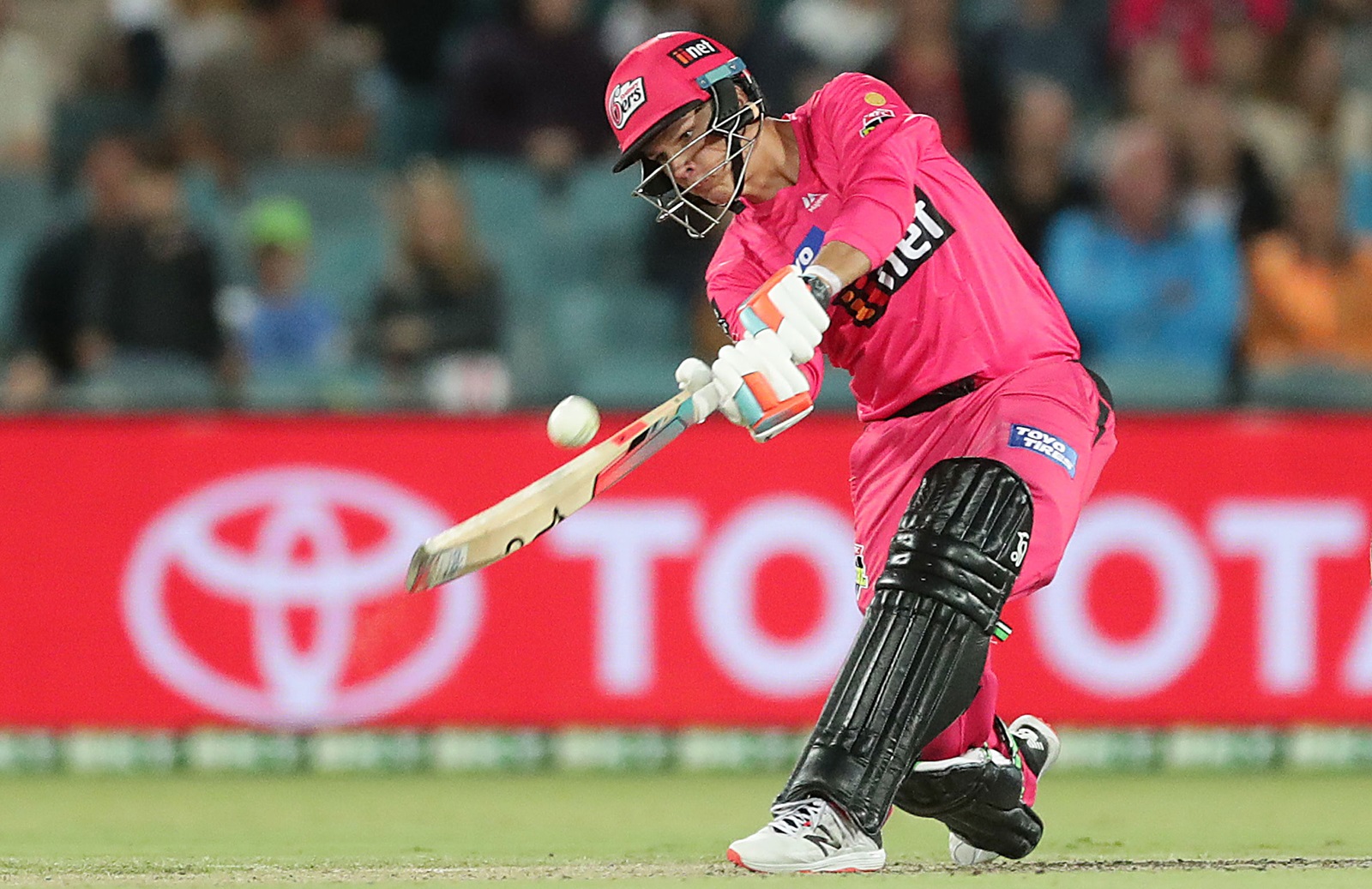 Sixers’ opener Josh Philippe is another young batter who might be a shoo in to the Australian team. He Had a lean patch in between, scoring three ducks in four innings. Generally, though, he was good, providing stability at the top along with James Vince. He started off the season with a brilliant 83 against the Stars, against whom he also struck 99* in the return fixture. With the Sixers progressing through to the playoffs, he will be hoping to get back into full form. He is also the designated wicket keeper of this side, having effected the most dismissals this season. 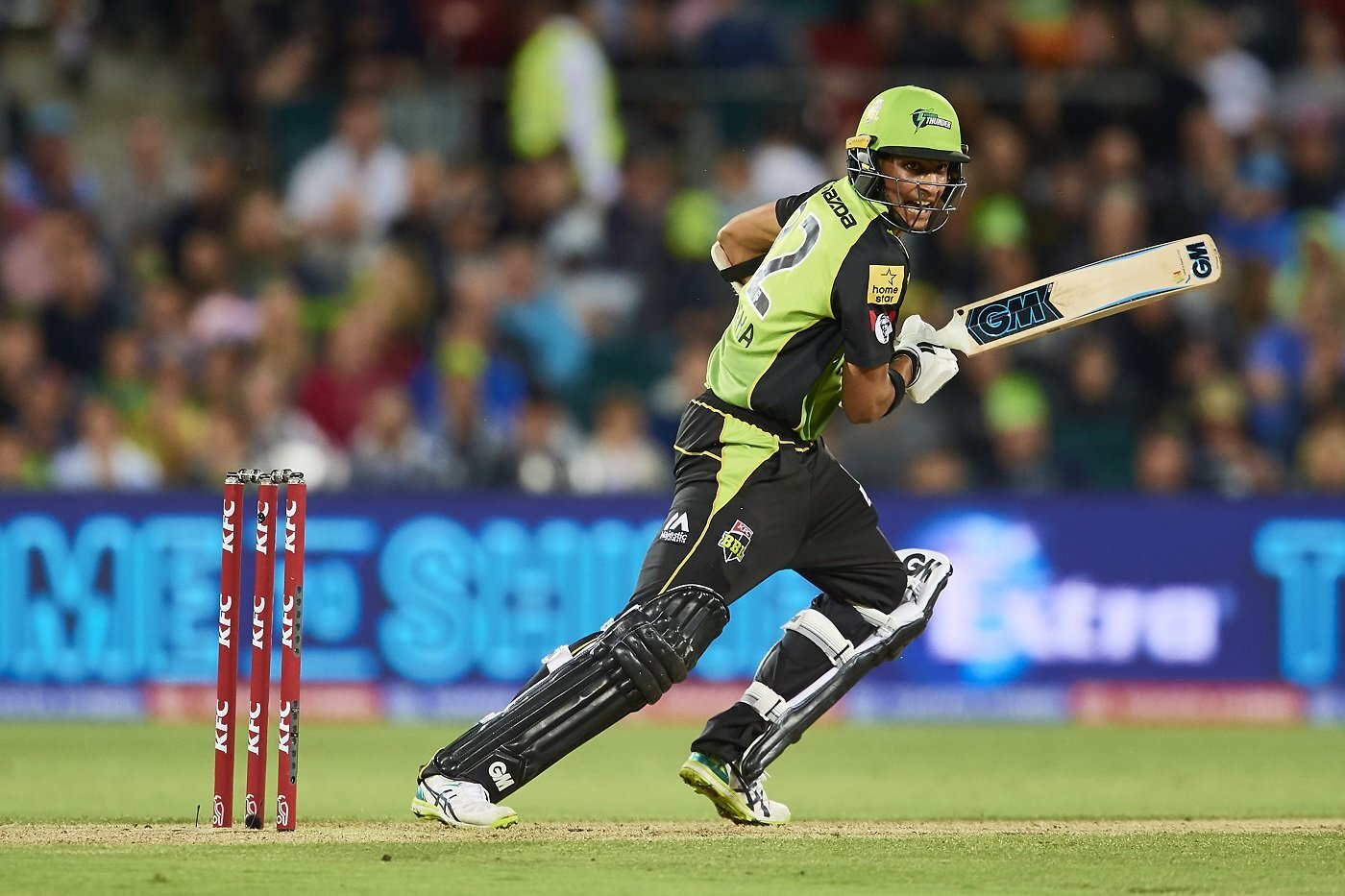 After a few seasons in the wilderness, Jason Sangha finally seems to have hit his straps. Not only did he turn himself into a vital cog in the Thunder batting lineup, he also led them when Chris Green was unavailable. The former Under 19 captain of Australia put in a number of impactful performances, most notably a well constructed 91* against the Strikers. He was also incredibly consistent, being dismissed for less than 20 only once. He also led his team well, winning 2 out of three matches as captain. Fans will hope that this season is the start of something special for the right hander. 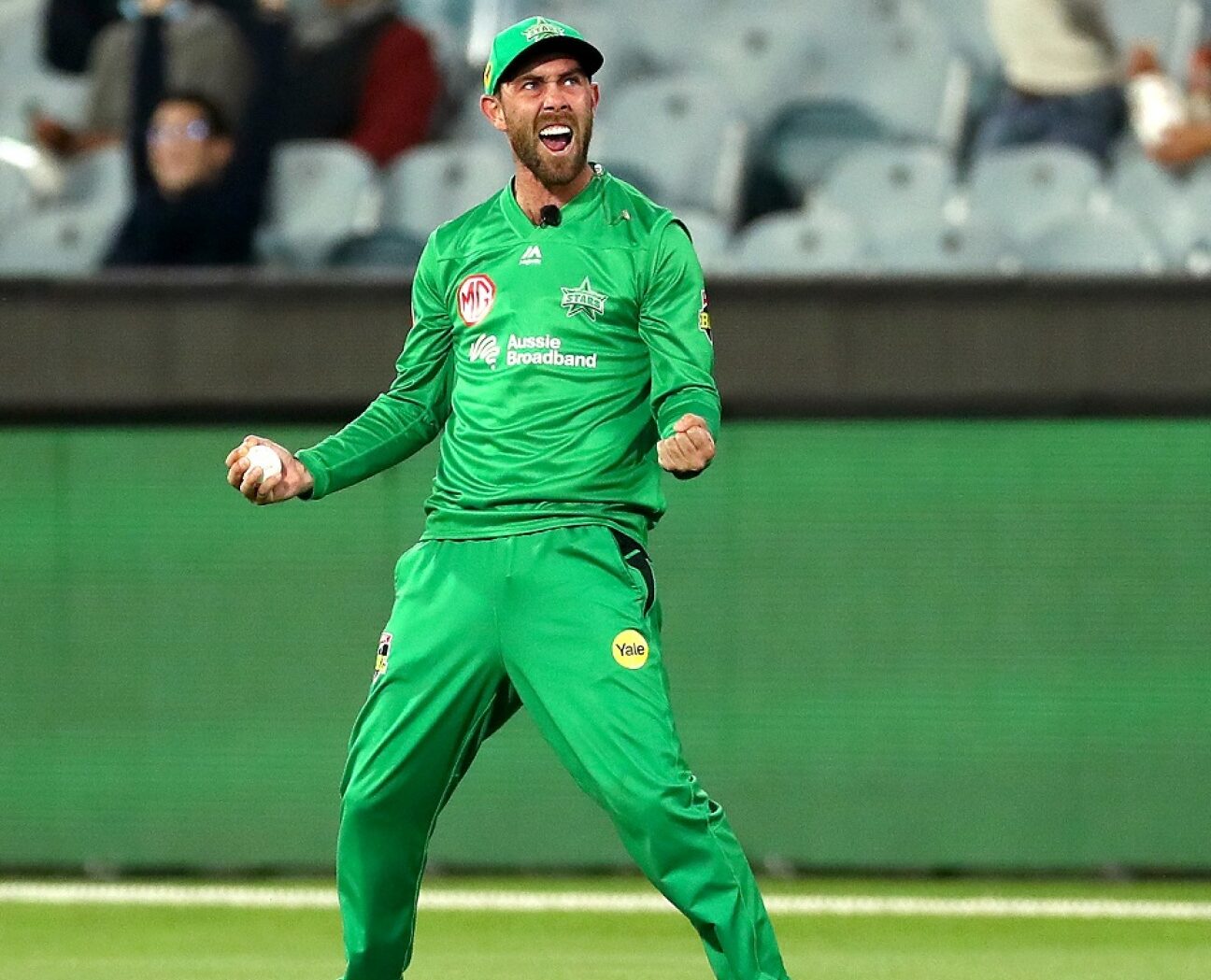 Stars skipper Glenn Maxwell continued to show why he is so revered around the globe in T20 cricket. Leading a largely depleted Melbourne team, he performed admirably on an individual level, finishing second on the list of leading run scorers. Self admittedly, he suffered from the effects of Covid, reflecting in his performances in the middle of the league. When Maxwell did get a chance to settle in, he made in count, becoming only the second batsman to score two hundreds in one season. The second one came in his 100th BBL match, off just 41 balls on his way to the highest individual score in the league’s history.  Though his team were unable to make it to the Finals, Maxwell’s brilliance could not be ignored while selecting this side. Catch today’s cricket match prediction. Learn more how we predict matches. 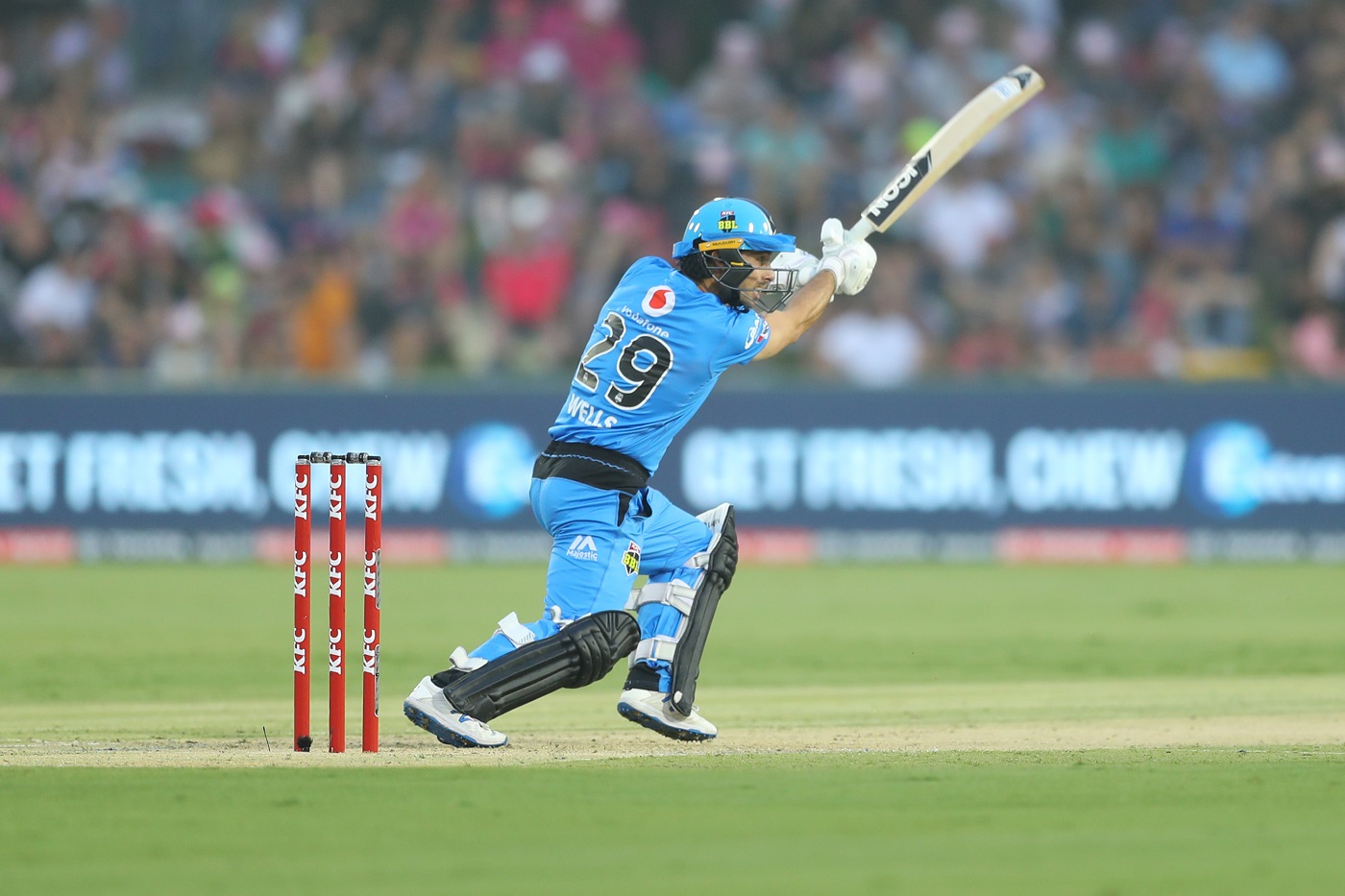 One of the most consistent performers in the Big Bash, this season was no different for Wells. He plays the role of an anchor to perfection but can accelerate once he is in.  His 68 against the Stars was a perfect example of this, coming in to bat at 29/2. In the return fixture, he showed the other side to his game, smacking 73 off 49. In the absence of Travis Head and Alex Carey, he played the role of the senior batsman to perfection, often receiving little to no support from his teammates. Though the national ship may have sailed, he can hope for a couple of T20 gigs around the world. 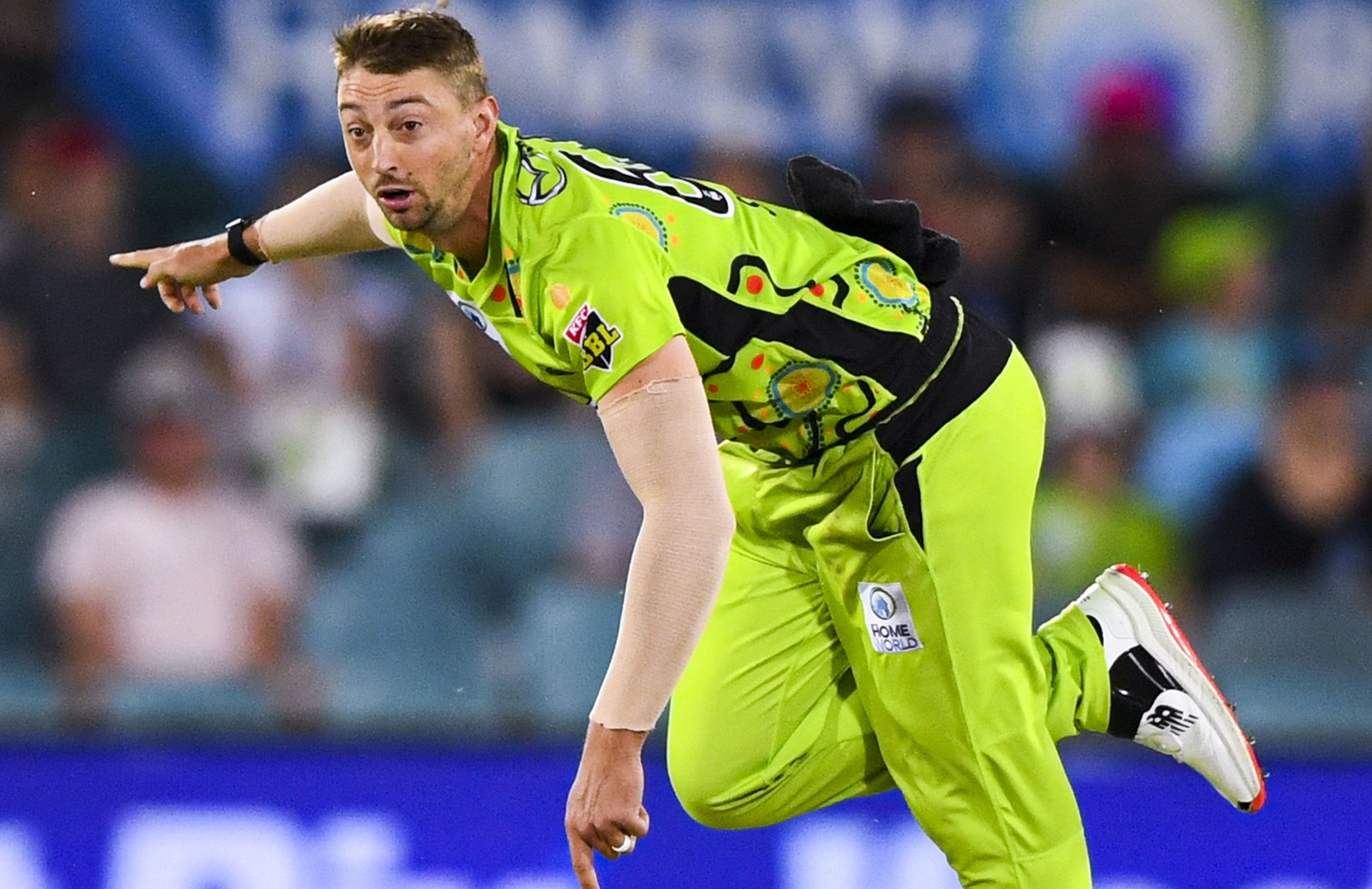 Sams had a good season with the ball, regularly picking up scalps in the middle and death overs. The left hander went wicketless in only two matches, with his best figures coming against the Strikers. His economy rate is decent, considering that he bowls mainly in the Power Surge and at the Death. He was also promoted up the order this season, batting mainly at number four for his side. Though that idea yielded mixed results, Sams ensured that he did not waste time out in the middle. His strike rate of 163.79 is second amongst those who have more than a hundred runs, below only Tim David. A brutal 98* against the Renegades was a reminder of his potential with the willow. 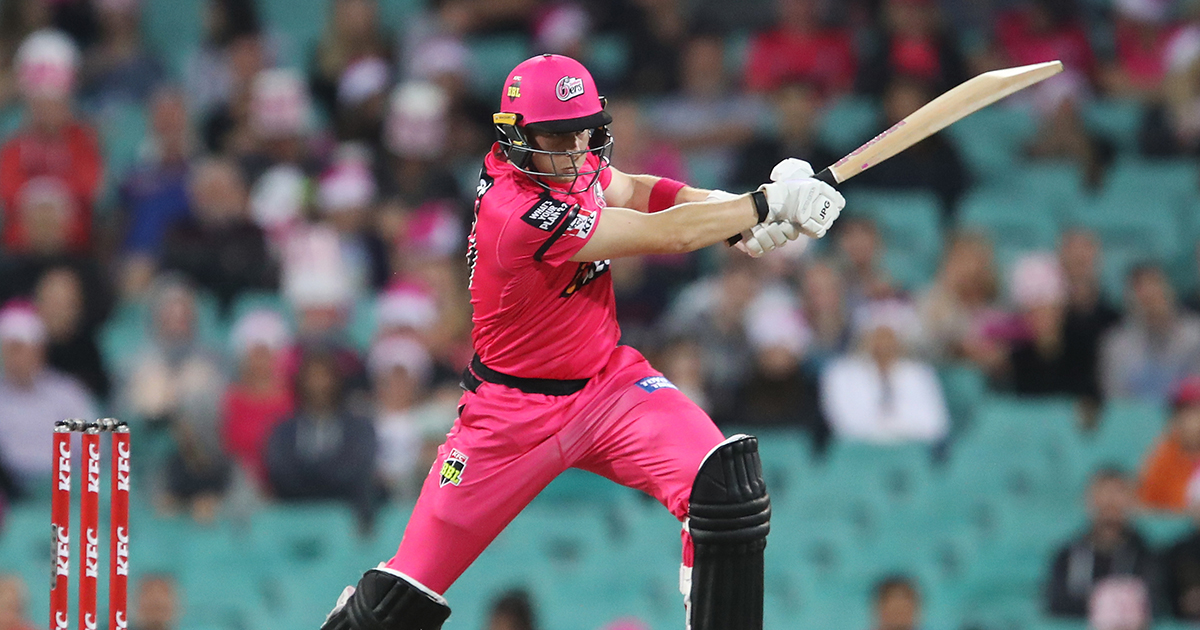 Breakout star of the tournament Hayden Kerr appears to be the real deal. Tall and left armed, Kerr grew in confidence as the tournament progressed. This was also reflected on the way the Sydney Sixers used him. In his first six games, he never bowled out his full quota of four overs, with the aim of easing him into the job. In his final seven games, he didn’t bowl only out once. His 3/23 in the final league game broke the back of the Heat’s batting lineup at grove the Sixers to victory. His batting has great potential, though he could not showcase it this season. 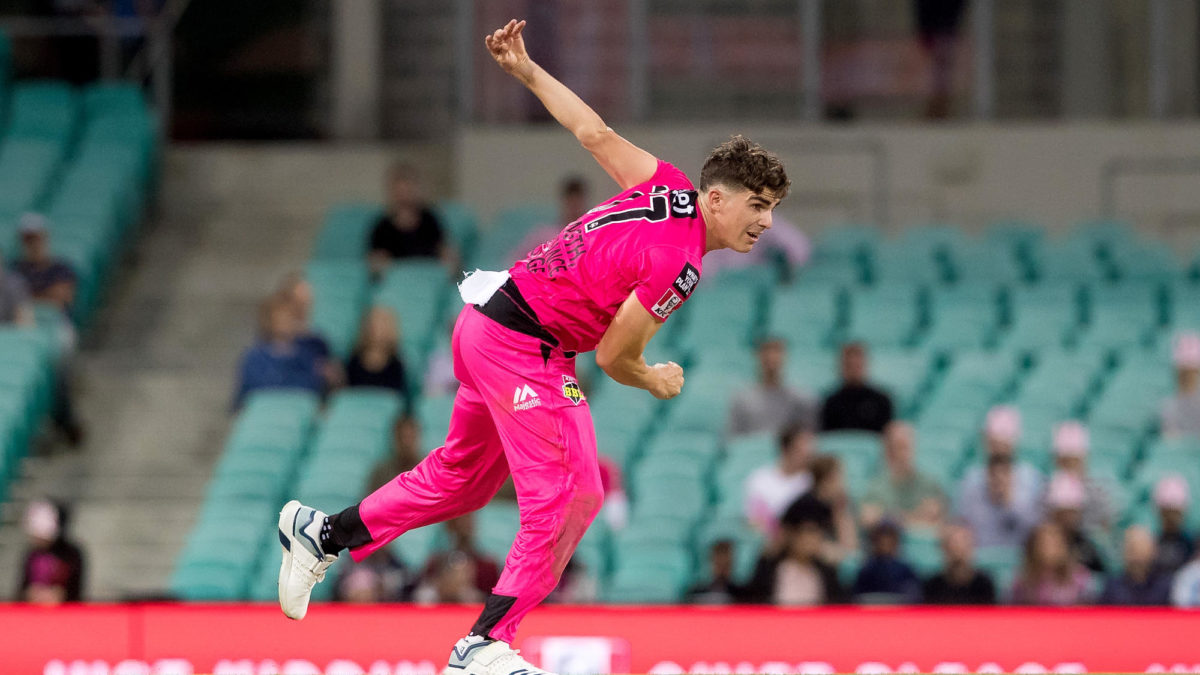 Sean Abbott finds a place in  this side due to his all round abilities. Apart from being as effective as ever with the ball, he also contributed with the bat, even scoring a match winning 37* against the Heat in a low scoring thriller. Earlier in the game, he had taken 4/31, capping off an impressive outing. He tailed away slightly with the ball in the last three matches, but will have a chance to make up for it in Finals Week. Abbott also produced one of the best moments in the BBL, when he dived full stretch to his right to dismiss Chris Lynn. With opportunities in Tests seemingly distant, the 29 year old’s performance will keep him fresh in selectors minds. 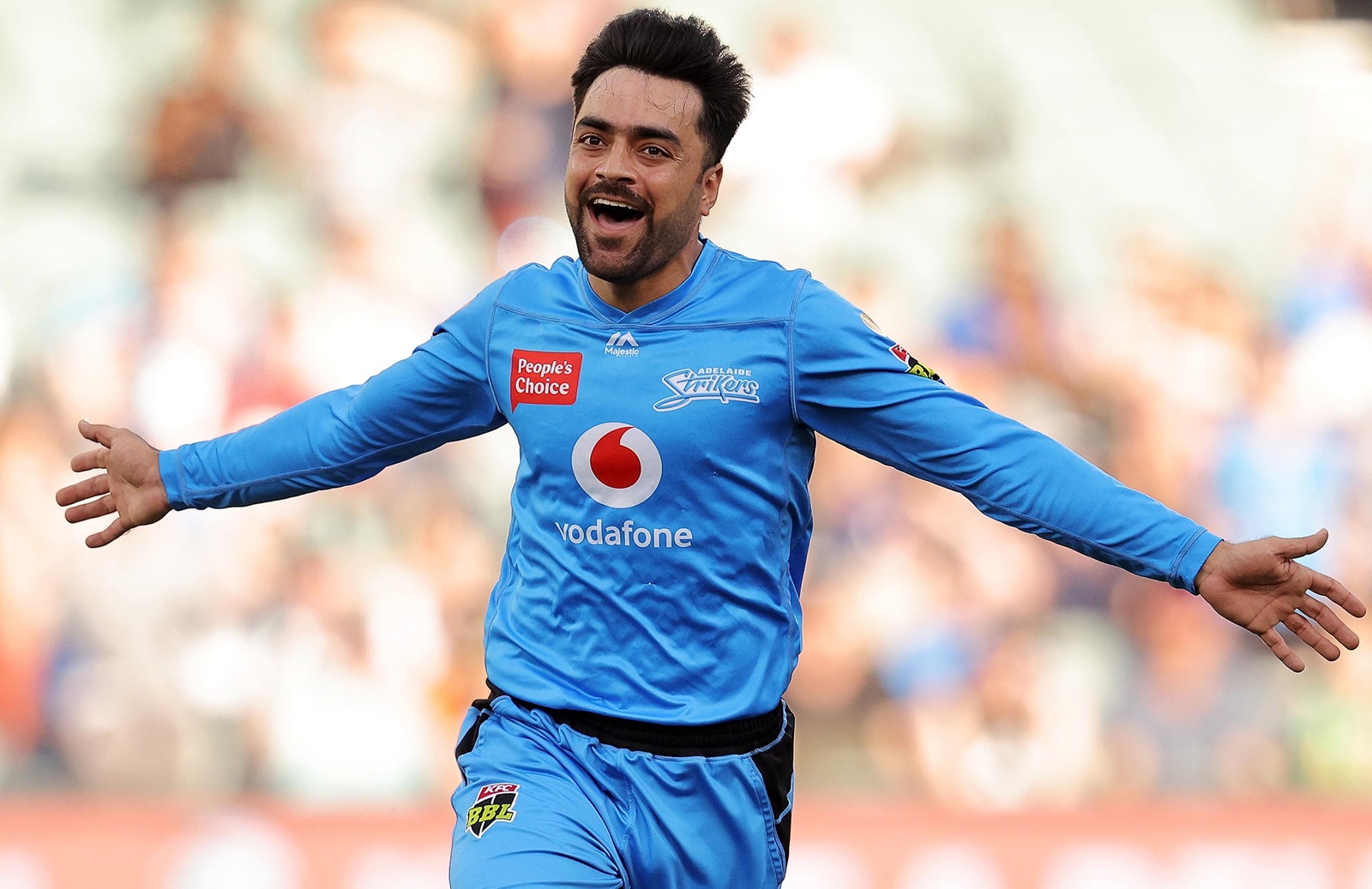 Rashid Khan once again storms into a Team of the Tournament. He is the only overseas player in this side and he well and truly deserves that accolade. The leggie was once again phenomenal, bagging a heap of wickets at a miserly economy rate. Never in BBL 11 was he been taken for more than 10 an over. His piece de resistance came in his last game, where he decimated the Heat with 6/17. Unfortunately for the Stars, he will no longer be a part of their campaign, linking up with his national side in Qatar. Interestingly, Rashid had barely anything to do in the field, only taking one catch throughout the tournament. That too, off his own bowling. 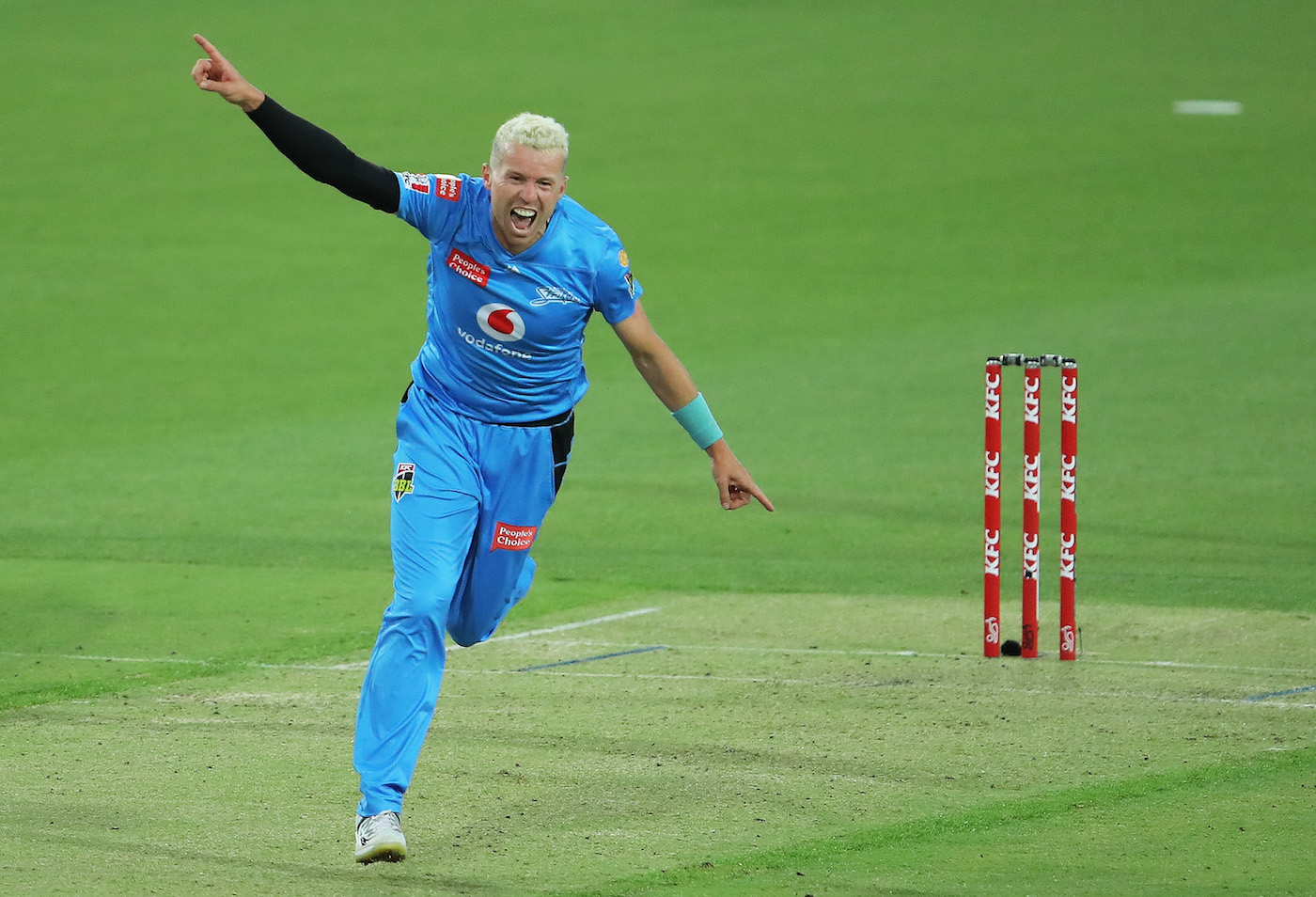 Victorian icon Peter Siddle seems to be having a blast after International retirement. He showed everyone that he hadn’t lost his touch, nailing yorkers ad slower balls at will. After a slightly expensive first half of the tournament, he came back strongly in the second, going at just above 6.5 runs an over while picking up 15 wickets. He also captained reasonably well, leading his side to a fourth place finish. His best performance came against the Hurricanes, where he blew away their lower middle order en route to his second BBL fifer. 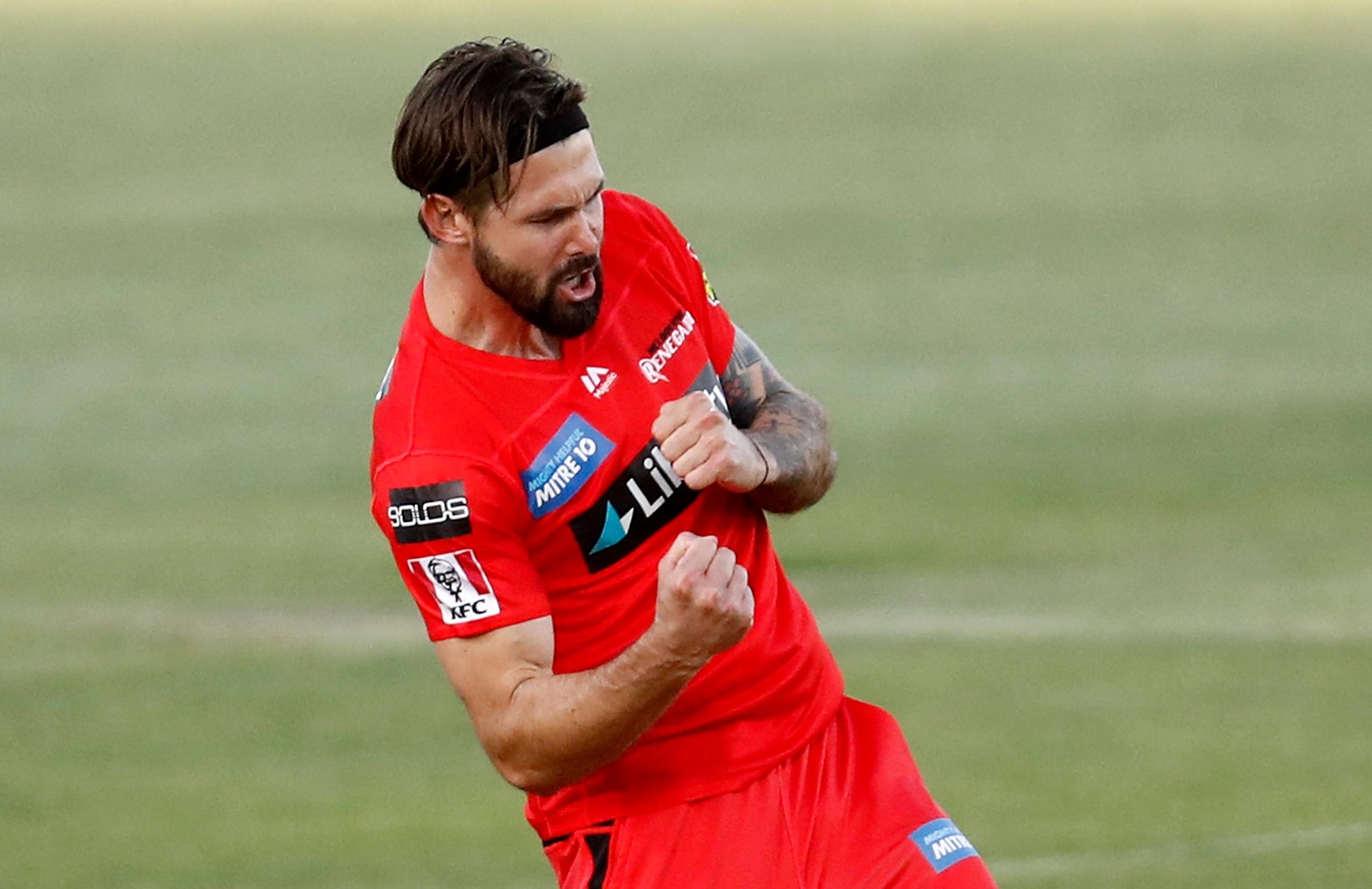 One of the most proven performers on the BBL stage, Richardson had another impressive year. Though he has firmly lodged himself in Australia’s white ball plans, he will be hoping to finally earn an extended run in the side. Despite missing a couple of games to Covid, he managed to break into the top 5 wicket takers with 19 wickets. He also had a brief captaincy stint with mixed results. arguably, his best performance was against the Stars, where he took an impressive 3/24 which earned him the man of the match. Apart from a lone aberration against the Hurricanes, he was excellent throughout the tournament. Get our free cricket betting tips online. Do check here in our site. 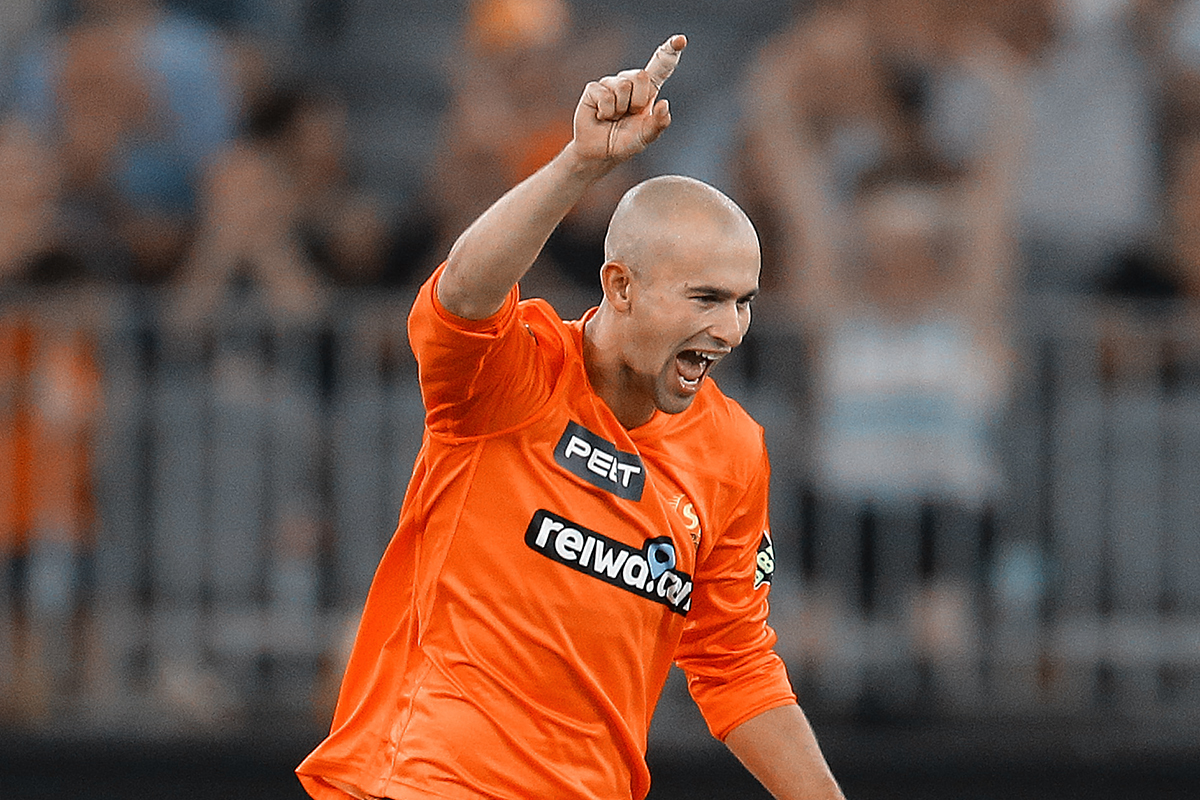 The left arm spinner is a reliable pick if the pitch offers something for the spinners. His accurate darts have kept the scoring rate in check while also consistently picking wickets. He has been a bank this season, never going for more than 38 runs in a spell. His batting is highly talked up in Australian circles and he showed why with useful cameos down the order. What stands out about Agar is his versatility, which makes for an ideal substitution if need be. 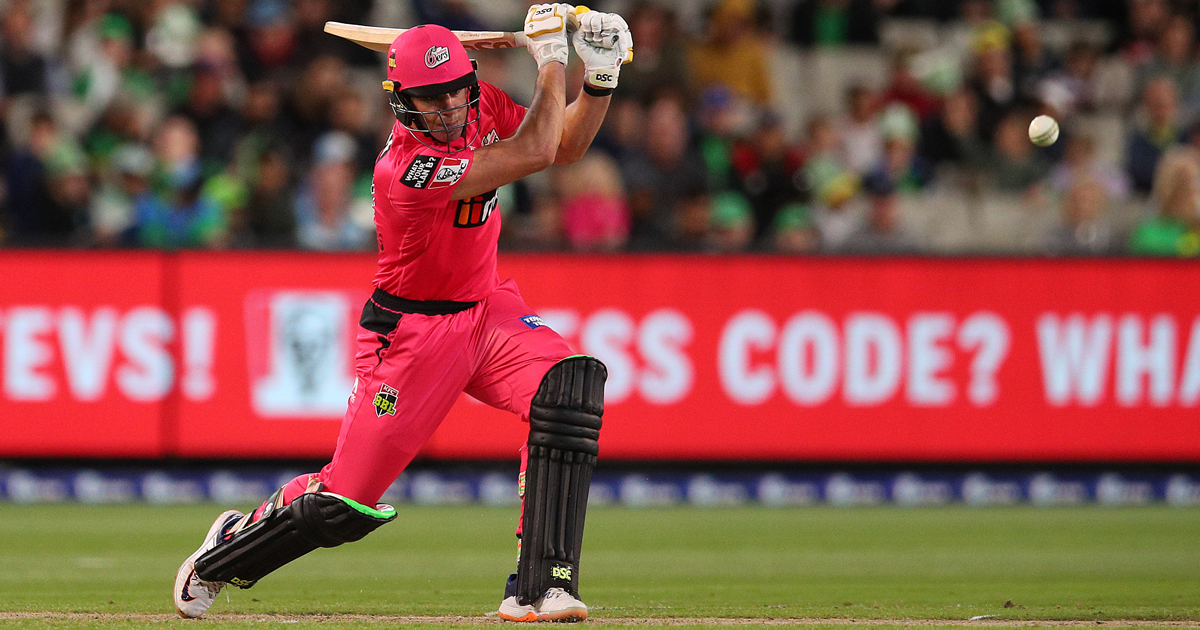 The Final man on the team sheet is Sixers’ captain Moises Henriques. A calm head coupled with the ability to smoke the ball means that he can be subbed in if the team is on the verge of collapse. This season, he has been good as usual, going about his business without fuss. He started off with a couple of fifties and has been consistent since. He has the ability to play all kinds of roles, from anchor to death over slogger. With the Sixers roaring into the Finals, Henriques will be looking to add to his tally of runs and take his team all the way once again.  An astute captain, who was extremely unlucky to not make the starting 11.