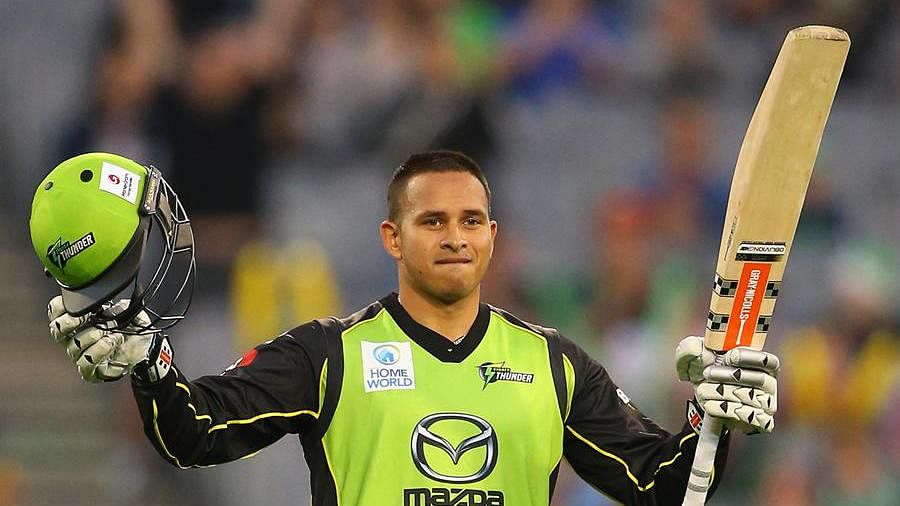 Khawaja, who had one year left on his deal with Sydney Thunder, took the decision due to family reasons, according to cricket.com.au. For more Big bash League updates and match predictions, read more here.

The 35-year-old Queenslander has been at the Thunder since the maiden season of BBL in 2011. Khawaja even captained the Sydney-based franchise in the 2021-22 season, where his side lost the knockout fixture to Adelaide Strikers.

“I hate talking about the decision I’ve made, it’s the toughest call I’ve made as a cricketer. Sydney Thunder, the players, the coaching and support staff, and the club’s supporters mean so much to me. However, it is for family reasons, and while I’m leaving, people who know me realise a big part of my heart will always remain with Thunder.

“I don’t want people to think I’ve cut my ties with Sydney Thunder because I’ll always care about the club, the players, the entire organisation,” said Khawaja.

Khawaja, who has always labelled himself ‘a proud westie’, went on to add that he believes he has helped Sydney Thunder build from the scratch. The Aussie also added that the team is like his “baby” that he has watched “grow and develop.”

Having made 59 matches for Sydney Thunder over the years, Khawaja is the club’s leading run-scorer with 1,818 runs, including two centuries and 10 fifties. He did the scoring at a strike rate of 129.85.

Looking for more Cricket Tips for the 2022 Season? Check it our here on our site and learn about the upcoming match.

In the first three seasons of BBL, Sydney Thunder finished at the bottom of the table. They finished seventh in BBL 04. The following summer, Thunder marched to their final title.

BBL: Even though Khawaja played only four games in the 2015-16 season, he had played a vital role in guiding Thunder to the BBL title. He scored 109 not out, 62, 104 not out in the semi-final and 70 in the final at Melbourne Cricket Ground (MCG).

Khawaja was named the Player of the Match in the final as Sydney Thunder defeated Melbourne Stars by three wickets to lift the coveted trophy.

Recalling the early years at Sydney Thunder, Khawaja said he believed in the side from the very start despite the team playing “horribly”.

“But I believed in Thunder, and I loved that it represented the city’s western suburbs – I’m a proud ‘westie’,  always will be  –  and that’s why winning the title in BBL|05 was massive. And Thunder has built on that. It’s a strong organisation with great people, sponsors who are engaged in the club’s activities, the best supporters a team could ever hope for, and an exciting player base,” added Khawaja in the same interview.

Khawaja was recently picked in Australia’s Test squad for their upcoming tour of Pakistan. The tour, which is due to begin on March 4, includes three Tests, three ODIs, and a lone T20I.