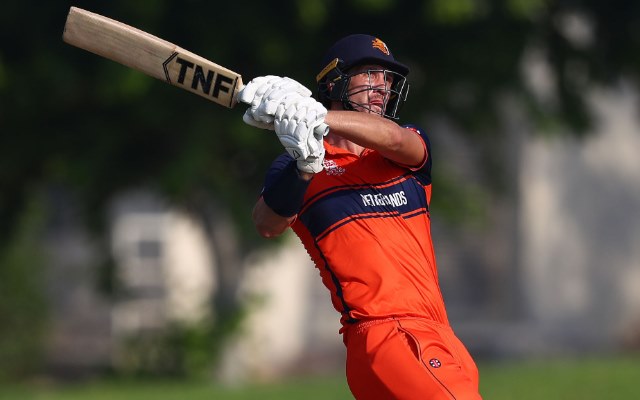 Dutch cricketer Ben Cooper has announced his retirement from international cricket after serving the national side for eight years. The left-handed batter’s retirement at the age of 29 will be a huge blow for the Netherlands as they will miss one of their key middle-order players.

He is the second Netherlands cricketer to retire after the ICC Men’s T20 World Cup 2021. Ryan Tendoeschate was the first one to retire post the World Cup as he took up the role of a coach. Here’s our newest cricket tips. Read more here.

“Today, I announce my retirement from international cricket,” Cooper posted on Twitter. “It has been an absolute honour and privilege to don the oranges and represent the Netherlands for the last eight years.

“It’s been a time filled with amazing highs, special moments and tough lows. There’s nothing I would change about it and will look back at my time with very fond memories.

Ben Cooper made his ODI debut for the Netherlands in 2013 against Canada at the Maple Leaf North-West Ground in King City. He scored 74 runs on his debut ODI from 59 balls at a strike rate of 125.42. Since then, he has scored 187 runs from 11 ODI innings, including a half-century that he scored on his debut.

The middle-order player made his T20I debut in the same year against Afghanistan in an ICC T20 World Cup Qualifier match. Cooper didn’t get a chance to bat on his debut. However, he has amassed 1239 runs in the shortest format of the game from 55 innings at a strike rate of 124.77. Moreover, the New South Wales-born player has scored nine half-centuries for his nation in T20Is.

Ben Cooper thanks Cricket Netherlands for the opportunity

Ben Cooper thanked Cricket Netherlands for providing him with the opportunity to live his childhood dream. He also thanked his coaches and teammates for supporting him throughout the years and being part of his exciting journey.

Cooper played his last game for the Netherlands against Sri Lanka during last year’s ICC Men’s T20 World Cup. He didn’t have an excellent finish to his career as he was dismissed for just nine runs. Here are some best betting apps for you to use.