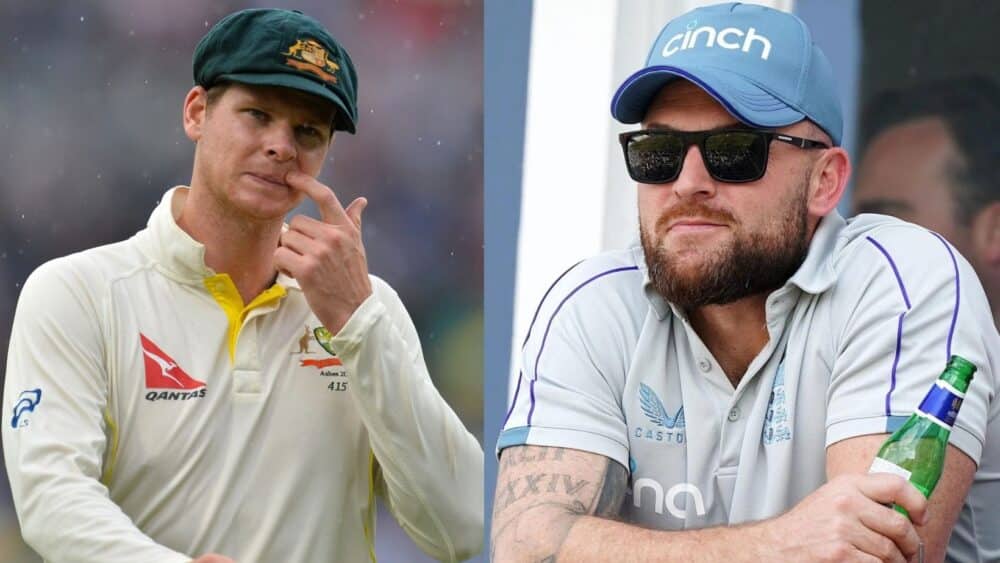 England have certainly got their mojo back and have turned out to be a really strong unit in red-ball cricket. Following their aggressive approach in white-ball cricket, England are taking the same approach in red-ball cricket. And as cricket experts say, it is because of the new skipper, Ben Stokes, and new coach, Brendon McCullum. Since both of them took charge, England have won four out of four matches, and that too, chasing. Want to bet on cricket on the move? Discover India’s best-betting sites here on our site.

The English team has become the first team in the history of Test cricket to chase down a target of 275+ runs in four matches on the trot. This new approach by the team has taken the world by surprise and is termed “Baz Ball”. However, a couple of days back, former Australia skipper Steve Smith spoke on this. He described it as exciting, but can they maintain the same approach against Cummins, Hazlewood, and Starc on a green pitch?

“This term is “silly” – Brendon McCullum on “Baz Ball” cricket

Notably, England and Australia are the oldest rivals in the game of cricket. Recently, the Men in Yellow thrashed England on their home soil 4-0 in the Ashes series of 2021. However, McCullum has now reverted to their statement of Smith. In a discussion with Adam Gilchrist on SEN WA Breakfast, he said that he himself doesn’t like this term. He said that he is unaware of what the “Baz Ball” is.

The 40-year-old stated that the real key is a change in mindset and approach. He highlighted that the boys are doing well and it is silly that people are linking their success to “Baz Ball”. Furthermore, he also said that players are good enough to adapt the pressure and respond. While reacting to Smith’s comment, he said,

Notably, this aggressive approach has certainly helped the team win and deliver some extraordinary performances. Jonny Bairstow has shown some explosive form. While Joe Root has been as consistent as ever.