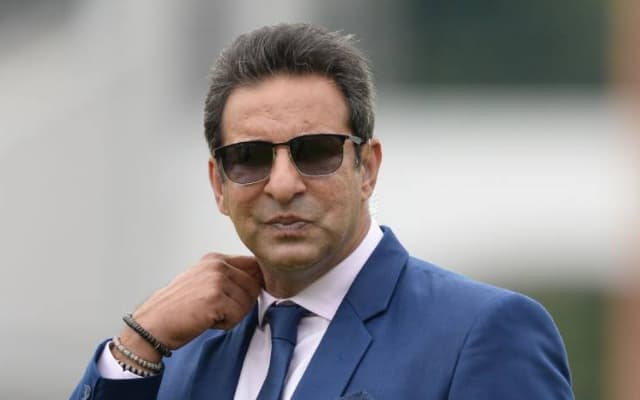 Former Pakistan captain Wasim Akram is one of the greatest bowlers to have played the gentlemen’s game. There is nothing more rewarding than getting mentored or knowing more about the game from the former Pakistan captain. However, the Pakistan team is unlikely to get coached by Akram anytime in the near future.

The 54-year-old was recently involved in an interactive session where he spoke at lengths regarding the reason behind not taking the role of a coach for the senior team. Akram revealed that he doesn’t like the behavior of the fans towards the coaches. The veteran is of the view that the coaches in Pakistan received a lot of hate and criticism. Take a look  ‘betway reviews india‘ here in our website you will get free tips from us.

The pace merchant added that he can’t tolerate misbehavior and won’t be able to tackle all the hate from social media. “I am not a fool. I keep on hearing and seeing the way people misbehave with their coaches and seniors. The coach isn’t the one playing. The players do that. The coach can only help with planning so if the team loses, I don’t think the coach is not as accountable as we hold him as a nation,” Akram told Cricket Pakistan in an interview.

“So I’m afraid of that as well because I don’t tolerate misbehavior. And we are becoming that. I love the people… their enthusiasm and passion for the game, but without the misbehavior that is shown in social media. It shows what we are,” he added.

Further, the 54-year-old revealed the other reason behind not coaching the Pakistan team. Akram knows the hardship of being a coach to the senior team as they require to travel a lot and need to do a lot of hard work. However, Wasim isn’t ready for the same as he wishes to spend more and more time with his family in Pakistan.  Look our cricket betting tips olbg and find out what we can more offer to you.

“When you become the coach, you need to give at least 200 to 250 days a year to the team and that’s a lot of work. I don’t think I can manage so much work away from Pakistan, from my family. And as it is, I spend time with most of the players in the PSL, they all have my number.”