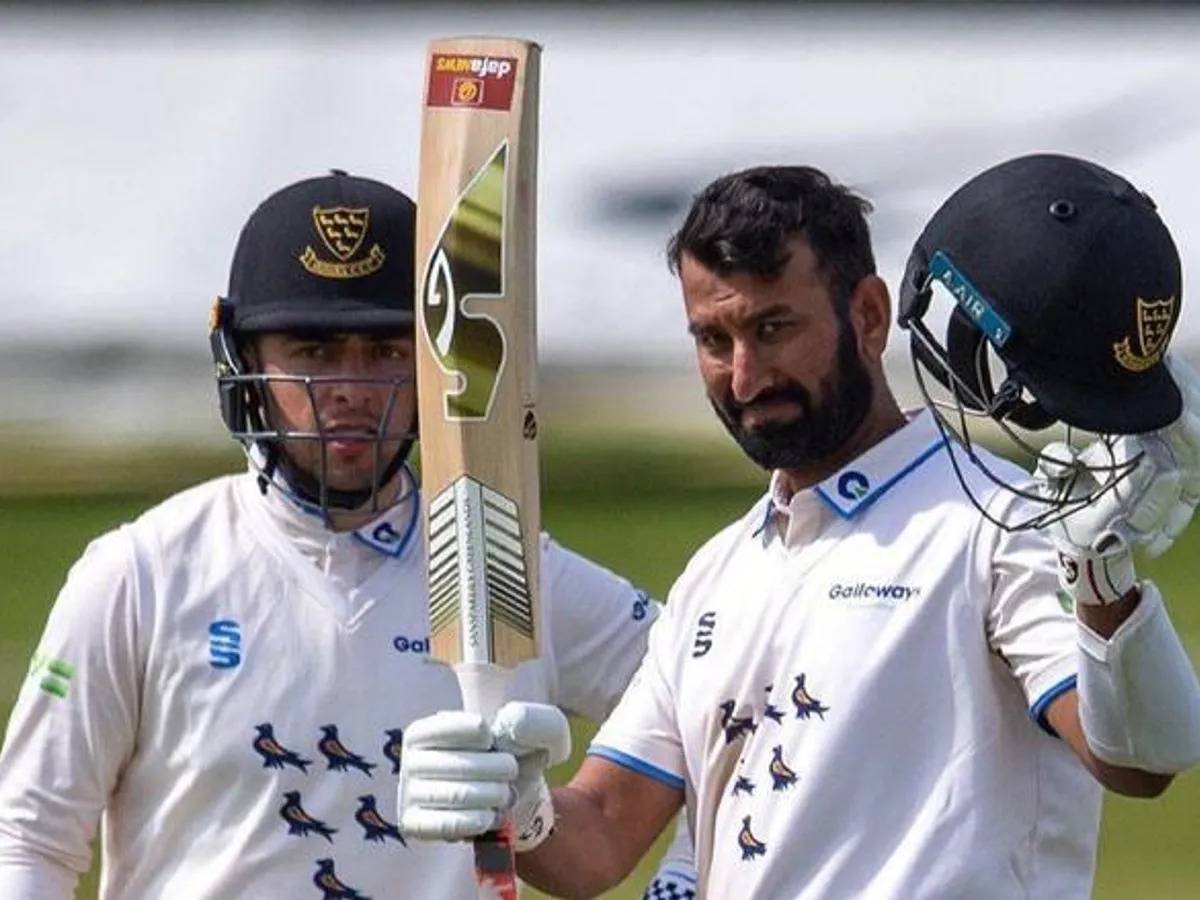 County Championship: A long dry spell requires relentless rain to end the parch. Cheteshwar Pujara has become that rain. Long dry spells of runs are being compensated with big centuries in the County Championship this year. He seems to have found his true colors as he hit his 4th century for Sussex this year. Pujara now has four centuries in four games comprising of two double hundreds and two hundred.

Pujara, who is known for his slow and steady innings, came with all guns blazing in this match against Middlesex. He scored a rampant century on just 133 balls comprising 16 boundaries and two sixes. The first of his two sixes came when he slashed Pakistan Speedster Shaheen Afridi over at backward point for a six. It was expected to be an exciting competition as the two have never faced each other despite being neighbors.

Sussex were reeling under after two quick wickets when both openers were dismissed at zero. Shaheen was bowling a fiery spell but Pujara showed resilience and played him tactfully. He even counter-attacked Shaheen, hitting him off for boundaries, and negotiated with him easily. Get the latest online betting apps for IOS and Android here on our site and learn more about how online betting works.

Pujara put on a 138-run stand Tom Alsop (66). He sliced one over at backward point to hit his first six off Shaheen’s ball. Shaheen, who is in sublime form, was forced to change his length. Pujara was unbeaten at 170 when Sussex declared the innings at 335-4.

Cheteshwar Pujara has been in phenomenal form in the County Championship this year. After being ousted from the Indian Test team, Pujara’s resurgence in the longer format is affirming and optimistic. India’s test specialist has amassed 717 runs in 7 innings at an astonishing average of 143.40.

Last week, he scored 203 versus Durham off 334 balls, comprising 24 boundaries. It was his second double hundred of the season. He now has scores of 201*(vs Derbyshire), 109 (vs Worcestershire), 203 (vs Durham), and 170*(in this match). Discover more cricket betting odds and scheduled matches here on our site.

This is Pujara’s fourth stint at the English county. He was the first part of the championship in 2014 when Derbyshire signed him for his services. He later played for Yorkshire in 2015 and 2018 and Nottinghamshire in 2017. Pujara was signed by Gloucestershire in 2020 to play the first six games but couldn’t play as the matches got canceled due to the Covid-19 pandemic.

After being ousted from the Test team and failing to find a buyer at the IPL auction, Pujara plied his trade in English County. Pujara was signed by Sussex in March this summer as a replacement for Australian batsman Travis Head in the County Championship. He will also be part of the Royal London one-day competition starting on August 2.