Home » News » Chris Morris hangs his boots, retires from all forms of cricket

Chris Morris hangs his boots, retires from all forms of cricket 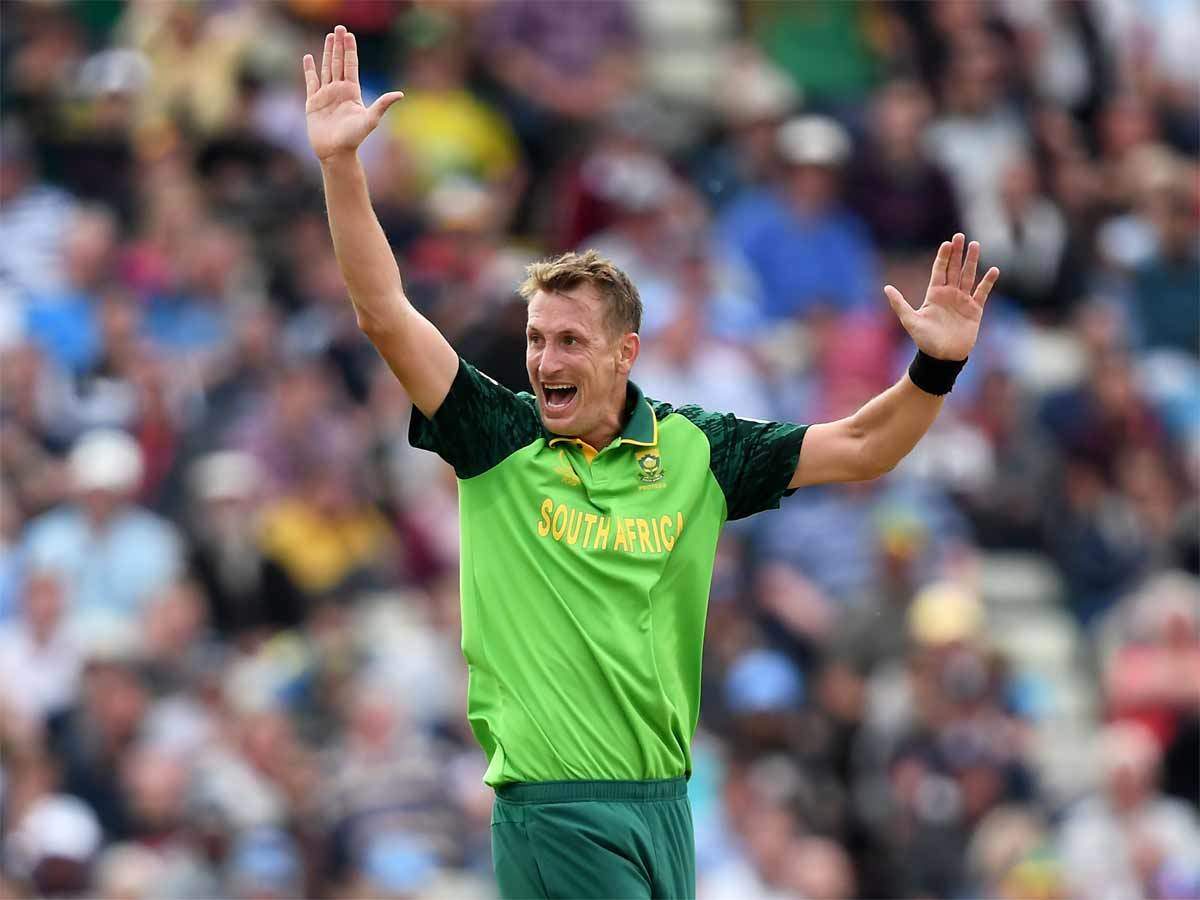 In his retirement post, he announced taking up a coaching role at the Titans, a cricket franchise in South Africa. The caption on his Instagram post read:

“Today I announce my retirement from all forms of cricket. Thanks to all who have played a part in my journey whether it be big or small…it’s been a fun ride! Delighted to be taking up a coaching role at Titans Cricket. 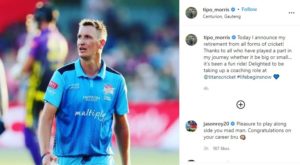 Chris Morris took up cricket very late. He made his first-class debut in 2009 for North West at the age of 22. He was a naturally gifted athlete and by the 2011/12 season, he was already the leading bowler in the pack. In the 2011/12 season, he was the highest wicket-taker in the domestic T20 competition. His performances that season fetched him a position in the national T20 side that was touring Zimbabwe, but he didn’t get any chance to play. Get the latest bbl live score here.

However, he got the exposure of international cricket and gained experience. That same year, in the 2012 Champions League, his franchise Lions reached the finals. His impression in the tournament once again earned him a place in the T20I squad and he made his debut in December 2012 against New Zealand. He was then inducted into the ODI squad for the Champions Trophy in England. He made his ODI debut against Pakistan at Edgbaston.

IPL and His Rise

The following year, during 2013 IPL auctions, Chennai Super Kings bought Morris for a whopping US $650,000, leaving him flabbergasted with the amount offered in auction. However, he did justice to his astounding price and played an instrumental role in taking Chennai to the finals, where Chennai lost to Mumbai Indians.

He rose through the ranks every season and was amongst the prime choices of the franchises in auctions. In 2016, Delhi Daredevils bought Morris for US $1 million. He finished as their leading wicket taker that season.

A Big Hit in IPL

Morris represented Rajasthan Royals, Delhi Capitals, Royal Challengers Bangalore, and Chennai Super Kings in IPL. In the 2021 auction, Rajasthan Royals lavishly bought Morris for UD$ 2,226,250 or Rs 16.25 crores. It was the largest signing sum in the history of the tournament at the auction table. Here are some betting apps in india that are legal.

A little before the IPL, Morris’ performances in limited overs cricket earned him his Test cap. He made his test debut against England in the New Year’s Tests in the home series. In the following ODI series, when South Africa were 1-2 down in the series and were on the verge of losing the series, Chris Morris stunned england with his power hitting to seal the game. South Africa eventually lost the series though.

Chris Morris was a free-flowing allrounder and it was a treat to watch when at his best. He could bowl sharp and quick and possess an immaculate bat flow to deposit the ball in the farthest stands. It is hard to believe that a player of his ability played so little for South Africa. He was not picked in the squad for the 2015 World Cup and was also not included in the WC 2019 squad until Anrich Nortje was ruled out sustaining injury. He was the leading wicket taker for South Africa in the World cup but was never picked for the national side since. It will be a new start for Chris Morris as he takes over the coaching role for the Titans. Get free cricket tips here in our site.