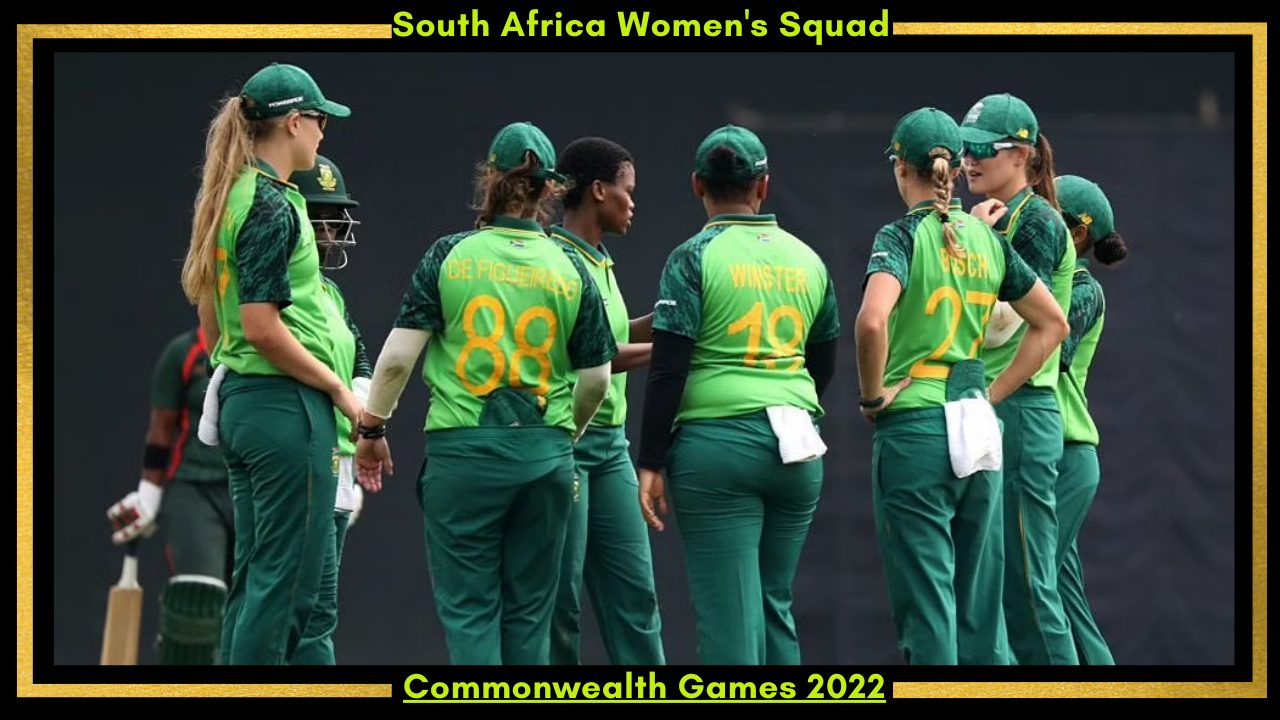 Commonwealth Games 2022: South African Cricket Board has announced a 15-member squad for the upcoming edition of the mega event. They announced the squad on July 15th. The Commonwealth Games 2022 will be taking place in Birmingham. In this squad, we will find that Dan van Niekerk is absent. And in her absence, Sune Luus will be leading the side. Want to bet on cricket on the move? Discover India’s best betting site here on our site.

Meanwhile, Mignon du Preez is returning to the line-up. Last she did not get a chance to be on the team which faced Ireland. Other names like Preez, Marizanne Kapp, Sinalo Jafta, and Masabata Klaas are also returning to the squad. They have missed the T20I series against Ireland. But this time Cricket South Africa has added them to the squad for Commonwealth Games 2022.

The names that are missing from the squad are Tazmin Brits, Raisibe Ntozakhe, Andrie Steyn, and wicketkeeper Delmi Tucker. Masabata Klass is also coming back after recovering from her injury. She sustained an injury against England. Her presence will provide more strength to the pace attack of the team. Remark, this team already has bowlers like Marizanne Kapp, Shabnim Ismail, Ayabonga Khaka, Tumi Sekhukhune, and Nadine de Klerk.

Commonwealth Games 2022: South Africa getting is Getting For The Big Event

The selectors of South Africa have included one left-arm spinner in Nonkululeko Mlaba along with Luus and Chloe Tryon. And they will be having two wicket-keeper options who are Trisha Chetty and Sinalo Jafta. Recently Lizelle Lee has declared a surprising retirement and this has created an opportunity for a new player.

And she is none other than Anneke Bosch who has occupied a place at the top order. Previously before RAS, BCCI announced the Indian squad for the Commonwealth Games 2022. And after losing Mithali Raj as captain BCCI shows faith in Harmanpreet Kaur to lead the team. Several names have returned to the line-up. They are Sneh Rana, Harleen Deol, and wicket-keeper Taniya Bhatiya.

This is going to be a huge moment for women’s cricket as it is going to debut in the respected CWG. The tournament will start later this month. Meanwhile, South Africa is grouped with New Zealand, England, and Sri Lanka. On the other hand, India is participating along with Australia, Barbados, and Pakistan.