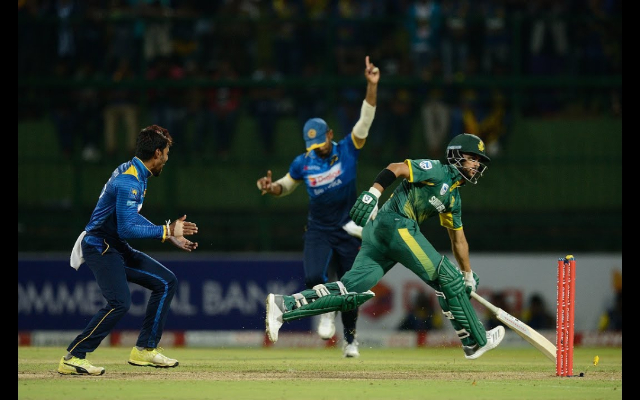 Cricket South Africa (CSA) have confirmed its team’s tour to Sri Lanka in September. The Proteas will play three ODIs and as many T20Is starting from September 2. All the six white-ball games will be played at the R Premadasa Stadium in Colombo. The series against the Lankan Lions will be a great opportunity for South Africa to fix their jigsaw before the upcoming ICC T20 World Cup 2021.
Take a look about our review on betway sports so that you will be guided as well.

First up is the 50-over format which will be played on September 2, 4, and 7 and then after a gap of three days, the T20Is will commence from 10. The remaining two T20Is will be played on September 12, and 14. South Africa had won a series against Sri Lanka when they last toured the country in 2018. Also, the team is in good form after consecutive series wins over West Indies and Ireland.

“We are delighted to have another tour confirmed for the Proteas men’s team with the ICC T20 World Cup just around the corner,” commented CSA Acting CEO Pholetsi Moseki in an official statement.

With less than four months left for the T20 World Cup, set to be held in Oman and the UAE, South Africa will look to get the core squad ready for the global event.

“Playing against quality opposition in the sub-continent is the best way for our team to prepare for this event and, we are grateful to Sri Lanka Cricket for accommodating us during this time of the year where schedules are highly condensed,” he added.

If you want to know about cricket live betting tips and want to know what’s the best app, just read more here in our site.