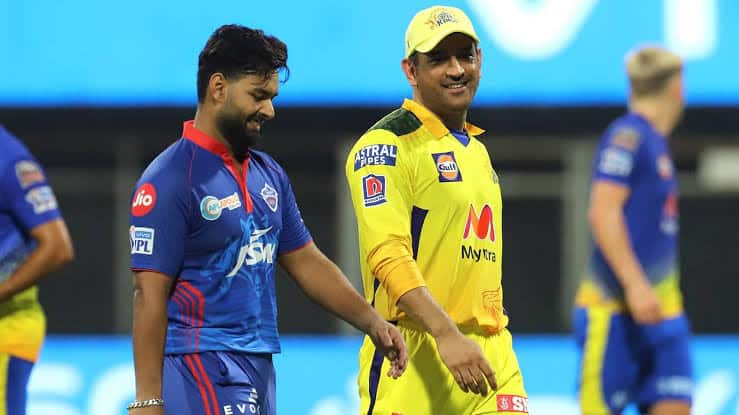 CSK vs DC Match Prediction: The 55th fixture of the TATA IPL 2022 will see two great wicket-keeper captains of two different generations facing off against each other. It is a clash between Delhi Capitals and the defending champions, Chennai Super Kings. Rishabh Pant and MS Dhoni will lead their respective teams against each other. The match will take place at DY Patil Stadium at 7:30 pm.

DC won their last match against SRH in grand fashion and are looking better now. On the other hand, the four-time champions are virtually out of the tournament, but mathematically, anything can be possible. It just depends on how the other teams will play. So this will be a blockbuster of a game.

It’s a make-or-break game for the four-time champions, who have already lost seven games. But as said, a lot depends on how the other teams perform, and for that, CSK needs to win their remaining matches. But the loss in this match will definitely kick them out of the tournament.

Notably, it is the situation that we see CSK in most often. But that is the nature of this game. Having won the first match and then losing with a close finish against RCB shows that the current CSK side is going through a transition. However, the team would like to win the match for their skipper.

Having won their last match against Sunrisers Hyderabad comprehensively, Rishabh Pant and his team must be feeling confident. But now they are entering into a position where every game is a must-win game and one loss can end the season. So, that’s how they must perform from now on.

However, the form of David Warner and Rovman Powell is a huge boost for the team, and the bowling also looked really good. But they need to recollect themselves again to put in a competitive effort against CSK. Prithvi Shaw is likely to get back on the XI and Axar Patel will also be there. Get the latest best betting apps for IOS and Android here on our site.

Both teams have played 23 matches in IPL history. And the four-time champions are ahead of DC. CSK has 14 wins and DC has nine wins under their belt. But in the last ten matches, both teams have won five each. However, the toss will be crucial here.

CSK vs DC: Players to watch out for

David Warner is always at his best when he plays in the IPL. In fewer matches, he has scored the most runs for the franchise. He is also coming off an unbeaten 92 against SRH. Warner has scored 356 runs at an average of 59.33 and a strike rate of 156.82.

Khaleel Ahmed had a really good game against SRH, where he picked up three wickets. The left-arm pacer is showing great form and has been among the wickets. Khaleel has taken 14 wickets in just seven matches at a good economy of 7.85.

Ruturaj Gaikwad has found his form after the failure in his first six matches, and now he is scoring runs consistently. The opener has scored runs in the last few matches and will be looking to do so against DC as well. He has scored 265 runs so far, including two half-centuries, with a high score of 99.

Dwayne Bravo will be another candidate for the best bowler in this match. The veteran pacer has always delivered for his team whenever they needed him. This season, Bravo has taken 14 wickets at an average of 18.50. Here are the latest Cricket betting tips and match guides from the experts for free.

Both teams have a good number of these pitches. But CSK has nothing much left, so they might have an upper hand over DC. So we will back CSK to win the match.