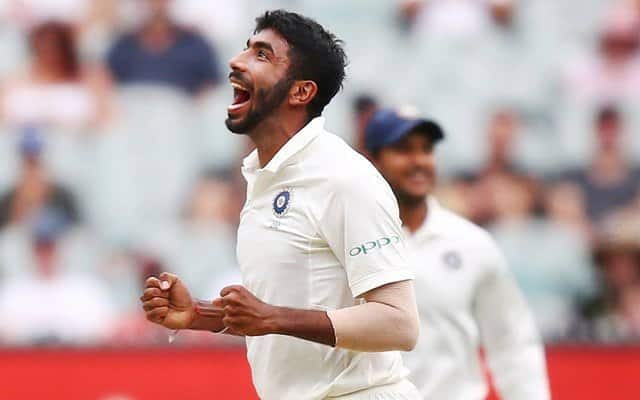 India’s pace sensation Jasprit Bumrah made his Test debut for India in January 2018 against South Africa and has been unstoppable since then. In a very short Test career thus far, Bumrah has racked up some brilliant numbers, having scalped 83 wickets in just 19 Tests at an impressive average of 22.11 and an economy rate of 2.70.

Veteran West Indies speedster Curtly Ambrose seemed highly impressed with the Indian speedster as he lavished praise on Bumrah saying that the 27-year-old has the ability to touch the illustrious mark of 400 scalps in Test cricket. Notably, Ambrose is a legend of the game having picked a stunning 405 wickets in 98 Tests and 225 wickets in 176 ODIs. Do check our  full review about comeon sports app and Know why you should download it.

Lavishing praise on Jasprit Bumrah, Ambrose said as he is a big fan of the Indian speedster and admires the way he conducts himself on the field. “India’s got a few good fast bowlers. I’m a big fan of Jasprit Bumrah. He’s so different from any bowler I have seen. He’s so effective and I’m looking forward to him doing really well,” Curtly Ambrose said on The Curtly & Karishma Show on YouTube.

When asked whether Bumrah can end up with 400 Test wickets, the West Indies legend reckoned that if the speedster can maintain his fitness, then he has all the abilities to touch the 400-wicket mark. Curtly asserted that Bumrah has a lot of variations to his disposal including swing, seam, and yorkers. Here’s our today cricket betting tips. It’s free, just read more here in our website.