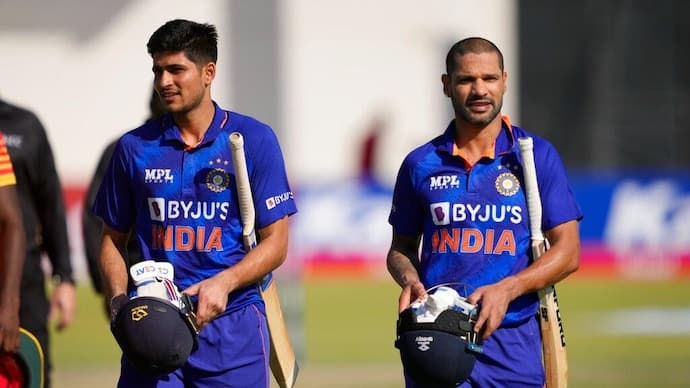 It is no secret that Indian opener KL Rahul is having a hard time playing as per his calibre. There have been questions about his place on the team. Several experts have backed other openers in place of KL Rahul. Danish Kaneria, a former Pakistani spinner has supported Shubman Gill. He suggested that the management should give him more opportunities to play. The comment comes keeping in mind the 2023 ODI World Cup in India.

Shubman Gill is one of the promising contenders ready to take a permanent position in the team. After making his test debut and helping India win the iconic game at Gabba, Gill has not gotten as many chances. The player recently did well in the county and has also scored his first ODI century playing against Zimbabwe. Gill is set to open the batting alongside Shikhar Dhawan in the one-day matches that get underway on Friday, while Rahul is on rest for the current tour of New Zealand.

India will have to look at Shubman Gill: Danish Kaneria

Kaneria on his YouTube channel said, “India will have to look at Shubman Gill, keeping the (2023) World Cup in mind. He is a fantastic player. Rohit Sharma will remain captain in ODIs, but he will need good players. KL Rahul has been given enough chances, but he did not deliver. He was not consistent. But Gill, Shreyas Iyer, and Sanju Samson have been giving consistent performances.”

After speaking about Shubman Gill, Danish Kaneria dissected Hardik Pandya’s captaincy and Team India’s T20 World Cup performance. He mentioned that despite Rohit Sharma being a good leader, the team was missing the aggressiveness of Kohli. Adding more to it, he acknowledged that similar aggression and energy was reflected in the captaincy done by Hardik Pandya. “Pandya’s captaincy was really good. The way he excelled as a leader, it looks like he will be the captain of the Indian T20I team in the future,” he added.

Shubman Gill is yet to get his T20I debut. He was a part of India’s New Zealand series but Rishabh Pant and Ishan Kishan were the ones opening. Gill has already played under Hardik Pandya in the latest IPL season for the Gujarat Titans franchise. Moreover, many former players are backing Hardik Pandya to become the new T20 captain and with this, Shubman Gill too can get his T20I debut.