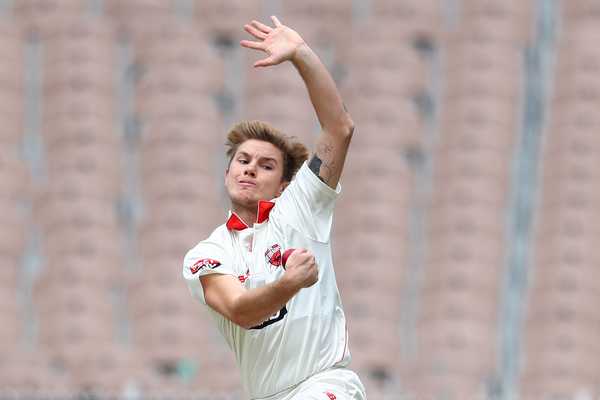 Adam Zampa has been Australia’s one of the best spinners in the limited-overs format and the spinner was hopeful that he could do magic with the red-ball too. However, Cricket Australia had different plans for the Ind vs Aus series. During the T20 World Cup, it was expected that India’s tour would provide Glenn Maxwell another shot at a test career but his freak injury ended those hopes. It is a well-known fact that the Indian subcontinent is heaven for spinners and who would have thought that CA would leave out Adam Zampa?

The spinner expressed his disappointment after the squad came out for the Ind vs Aus series. The cricketing board picked up 4 spinners for the tour but Zampa was nowhere to be seen. Hussey was disappointed by Zampa’s removal despite the fact that he had been assured a Test position for the India tour. The former all-rounder acknowledged that exclusion from the side could mark the end of the test career for Adam Zampa.

“He (Zampa) played a red-ball Shield game for New South Wales against Victoria at the Junction Oval just prior to the Big Bash starting and he bowled particularly well. I think all reports from McDonald and George Bailey (was that) he (Zampa) was going to be going to India. Unfortunately for Adam (Zampa) he didn’t get the nod, but personally I think he would do an excellent job. Purely a sub-continent selection, I think he would have done a great job. But it would seem with his snub that his Test aspirations have probably passed him by,” David Hussey said.

The leg-spinner Adam Zampa is yet to make his Test cricket debut but it feels like the cricketing board is keen on continuing him in the limited-overs. However, his first-class cricket numbers look great. Having played 39 games, he has taken 108 wickets which includes one 10 wicket haul, two 5 wickets haul and three 4 wickets haul. Cricket Australia has chosen Nathan Lyon, Todd Murphy, Mitchell Swepson, and Ashton Agar for the Ind vs Aus series.