Home » News » David Miller Smashes 21 Runs in One Over in SA20: Watch the Video

David Miller Smashes 21 Runs in One Over in SA20: Watch the Video 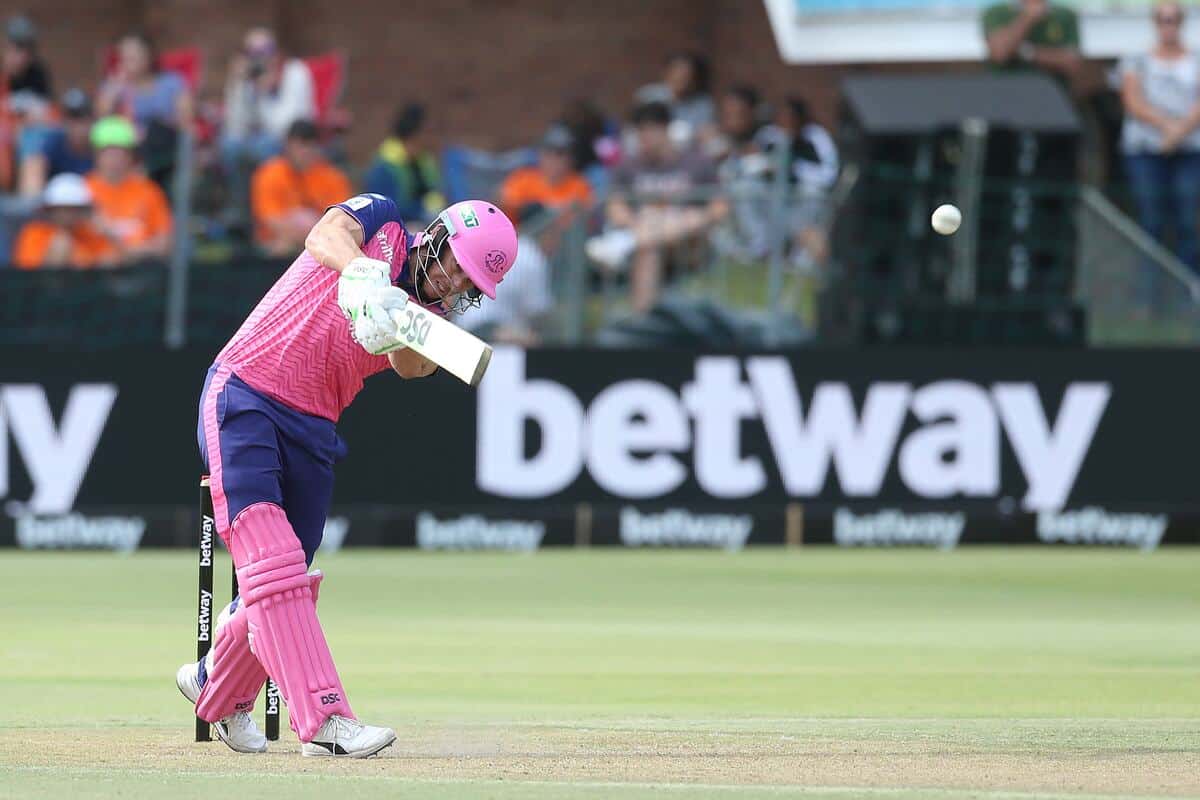 One of the most renowned finishers in T20 cricket and Paarl Royals skipper David Miller once again proved his mettle by delivering with the bat at the crunch moment to take his team over the line. Miller clubbed 37 not out off just 23 balls as the Royals chased down the target of 130/5 with seven balls and five wickets to spare against the Sunrisers Eastern Cape at the St George’s Park in Gqeberha on Tuesday, January 24. With this win, Paarl Royals moved to the 3rd spot with 17 points. A composed assault from David Miller at the death led Paarl Royals to a thrilling win with seven balls to spare in their SA20 match against Sunrisers Eastern Cape.

Paarl Royals were chasing a modest total of 131 runs to win, inform Royals opener Buttler carried the innings with a well-compiled half-century before he fell for 51 runs off 39 balls, in what was the best score against the visitors. Tournament’s highest wicket-taker Roelof van der Merwe strung together a couple of quiet overs and combined to dismiss the two set batters, Buttler and Mitchell van Buuren (14) in a space of nine deliveries. This brought back the Sunrisers in the game.

WATCH: David Miller at His Brutal Best in SA20

The match was evenly balanced with the Royals requiring 30 runs off the final 18 balls at 10 rpo. Royals skipper Miller once again stepped up for his team as he was particularly severe on his Sunrisers seamer Sisanda Magala in the 18th over. It was at this stage that Miller shifted gears and exploded with three sixes in the over. He changed the game in the Royals’ favour in just 5 balls as he scored 21 runs off it. The dynamic left-handed batter smashed  3 sixes, 2 doubles, and 1 single in 5 balls to make the equation easy for his team.

Miller started the destruction with a trademark straight drive down the ground and over the sightscreen. Magala opted to go wider of the off stump with his next delivery, but all it allowed Miller to do was throw his hands through the ball and it flew over the extra cover boundary. Two runs were scored off the next delivery. It was followed up with which was thumped for another six over the mid-wicket boundary.

The carnage was not done yet with Miller taking a single off the fifth ball before Dane Vilas helped himself to a boundary off the final delivery to complete a 25-run over. Eventually, the Royals chased down the target in 18.5 overs. For his heroics with the bat in crunch situation, Miller was adjudged player of the match for his 37 (23).