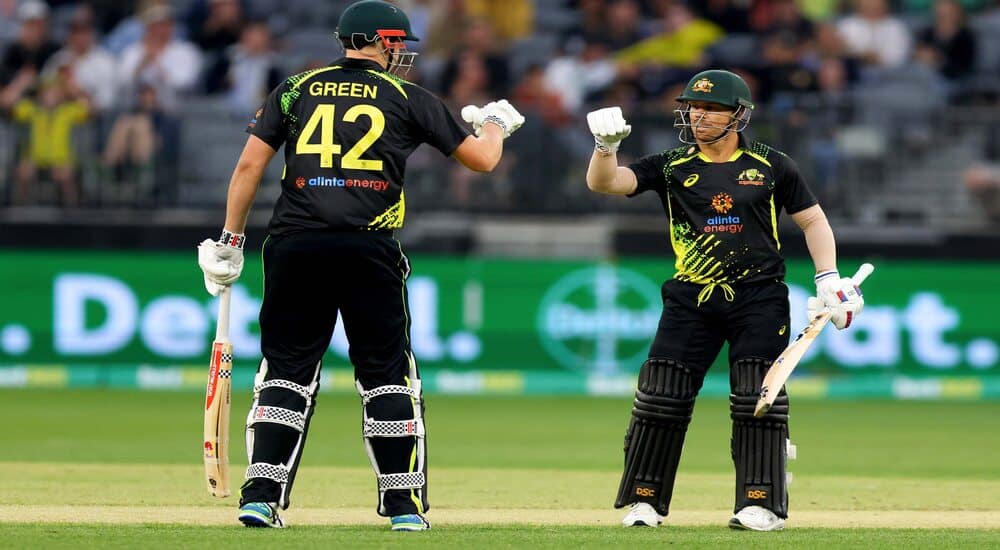 Australian opener David Warner has reacted to the news of all-rounder Cameron Green registering himself for the IPL 2023 mini auction by saying that for any youngster it is a big call and warned his teammate about the burnout that can happen to him by playing in the IPL and for Australia in the international arena without much break in between.

The promising Australian all-rounder Green has made himself available for the upcoming mini-auction that will take place next month in Kochi on December 23. IPL has always given a platform for budding players to showcase their talent by playing in the best league against the best players in the world.

Many cricketers around the globe opt to play in the IPL considering the stature of the tournament and the players taking part in that. Green, 23, is one of the highly talented cricketers coming from the Australian shores. He came into the limelight for his exploits with the bat at the top of the order in Australia’s tour of India earlier this year. After his heroics in that series, people are expecting him to ignite a bidding war between the franchises to secure his services.

But the youngster needs to keep the hectic international schedule in mind that is coming ahead of him. In the coming months, Green could well be travelling to India for a Test series, which will be followed by the IPL and a possible World Test Championship final (WTC). Once the IPL ends, Australia will be going to England for a five-match Ashes series in June. Australia also has a white-ball tour of South Africa in August, followed by the ICC Men’s Cricket World Cup in October in India.

Speaking to reporters ahead of the first Test between Australia and West Indies, Warner said Green will gain a lot of experience by playing in the IPL, but he also pointed out the reasons why it is tough to manage IPL and international cricket together.

“From an experience point of view it’s great. From a playing point of view, he’s got four Test matches and a few T20s or one-dayers after it. Nineteen weeks straight in India, being your first trip as well, can be quite challenging from the heat perspective, the playing, the recovery. I’ve been through it, I’ve done the test series and the IPL straight before. It is tough. Then on the back of that you’ve got five test matches in England. Then I think you’ve got 20 days off before you go to Africa and then go to a World Cup,” said David Warner.