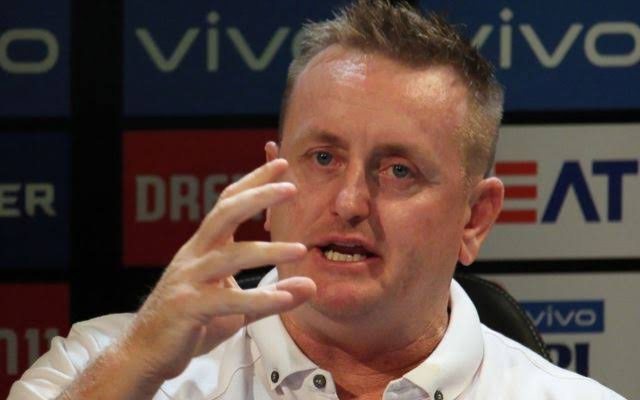 Former New Zealand all-rounder Scott Styris believes the loss of Devon Conway is a massive blow to New Zealand. Styris further added that Australia will start the final as favourites. Conway was ruled out of the 20-20 World Cup final and the following India tour owing to a broken hand. The southpaw was furious after getting out in the semifinal and struck his bat in frustration which broke his hand. One of Australia and New Zealand will get a chance to grab their maiden 20-20 world cup title when the teams battle it out in the summit clash on November 14.

“Conway is a massive loss. Australia are favourite and rightly so with no Conway there. He is an intelligent cricketer and of high quality. He doesn’t normally bat four but they like him in the middle order with all his skills against spin in particular,” Scott Styris told Sportstar. Take a look our latest cricket tips and tricks  form experts.

“So now, how does New Zealand cope against Adam Zampa who has been brilliant? Glenn Phillips needs a big game. Phillips is also a keeper, so there aren’t any wicketkeeper issues,” Styris added.

Styris added that New Zealand need to get rid of Glenn Maxwell quickly if they are to stand a chance in the match. “Santner/Ish Sodhi vs Glenn Maxwell. Maxwell can get on a roll. You take away a lot of the Aussie middle over scoring blitz if you can get rid of Maxwell. Getting your fields right is one key, the other is hoping Maxwell takes silly options, which he has done plenty of times in the IPL. But his match-winning abilities have never been in doubt,” Styris further said. Here’s today IPL match prediction. Leard more how we predict matches.