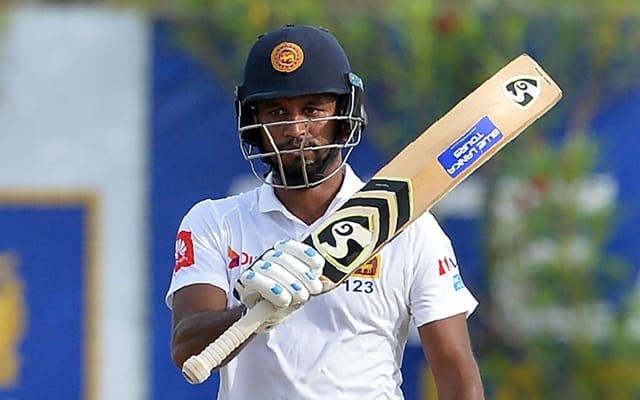 The Sri Lanka Cricket board, on Sunday, announced the 17 man squad for the upcoming two Test series against West Indies. Dimuth Karunaratne, who missed Sri Lanka’s home series against England and Dhananjaya De Silva, who was out due to a thigh strain are back the squad. Also, Pathum Nissanka, who’s part of the ongoing T20 series against West Indies, has also earned his maiden call to represent Sri Lanka in Tests. Nissanka is regarded as the future of Sri Lanka cricket. He’s a great record in first class cricket and averages 67.54. Sri Lanka cricket released an statement and announced that Lahiru Thirimanne, Dhananjaya De Silva, Roshen Silva, Vishwa Fernando and Lasith Embuldeniya will leave for West Indies on March 7th. Do check our full comeon india review. Learn more about our predictions.

The two Test series is part of the World Test Championship. However, India and New Zealand have already reached the finals thus the series stands of no importance in context of the tournament. Sri Lanka lost 2-0 to England in their last series while West Indies, against all odds, pulled off a magnificent series win against Bangladesh in Bangladesh.