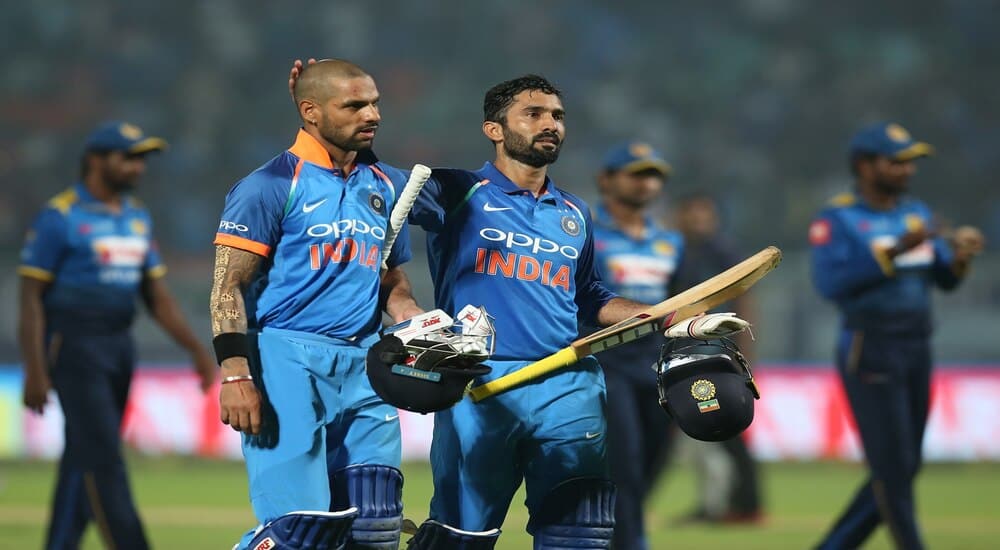 Veteran Indian wicket-keeper batter Dinesh Karthik is of the opinion that India’s stand-in ODI captain for the ongoing three-match series in New Zealand-Shikhar Dhawan will be a definite starter for India in the ICC Men’s 50-over World Cup scheduled to be staged in India next year.

Dhawan has been one of India’s most reliable and consistent ODI batters ever. The record of the veteran Indian batter speaks for itself. In 162 ODIs, Dhawan has scored over 6000 runs at an average of 45.26 with the help of 17 hundred and 39 fifties. He has been instrumental in India’s success in the one-day format. Despite being sidelined from the Test and T20I setup, Dhawan has been a regular feature with the ODI team. With ODI World Cup set to be played next year, team India will be looking to build a strong squad and Dhawan will be a big part of that squad reckons Karthik.

“I think so. From the kind of vibe I get, he is definitely a starter for the World Cup. Otherwise, they wouldn’t be having him around. He (Shikhar Dhawan) is on the other side of his 30s and they could have easily moved on from him. Just the fact that they have him shows that they are very keen about having him in the ODI team,” Dinesh Karthik was quoted as saying on Cricbuzz.

“Dhawan Has Been a Gun Player in ICC Tournaments,” Reckons Karthik

In his very first major ICC event, Dhawan finished as the top-run getter and since then no Indian batter has been more consistent than the left-handed opener in ICC events. Having shared the dressing room with Dhawan in the Champions Trophy 2013 and 2019 World Cup, Karthik said that Dhawan is a big-match player and he has performed consistently well over the period of time in ICC tournaments.

“He has been a gun player in ICC tournaments, somebody who rises to the occasion and he plays at a fair clip consistently. Even in the 2019 World Cup, he really did well before getting injured. So, he is somebody you can bank on unless something drastically changes in terms of his form completely falling off. He is somebody you can trust as an opener as he knows his game plan. He uses the crease really well, he has got everything to play for, and most importantly, it would be another chance for him to lead a team before the IPL and that is something he will be looking forward to,” Karthik added.