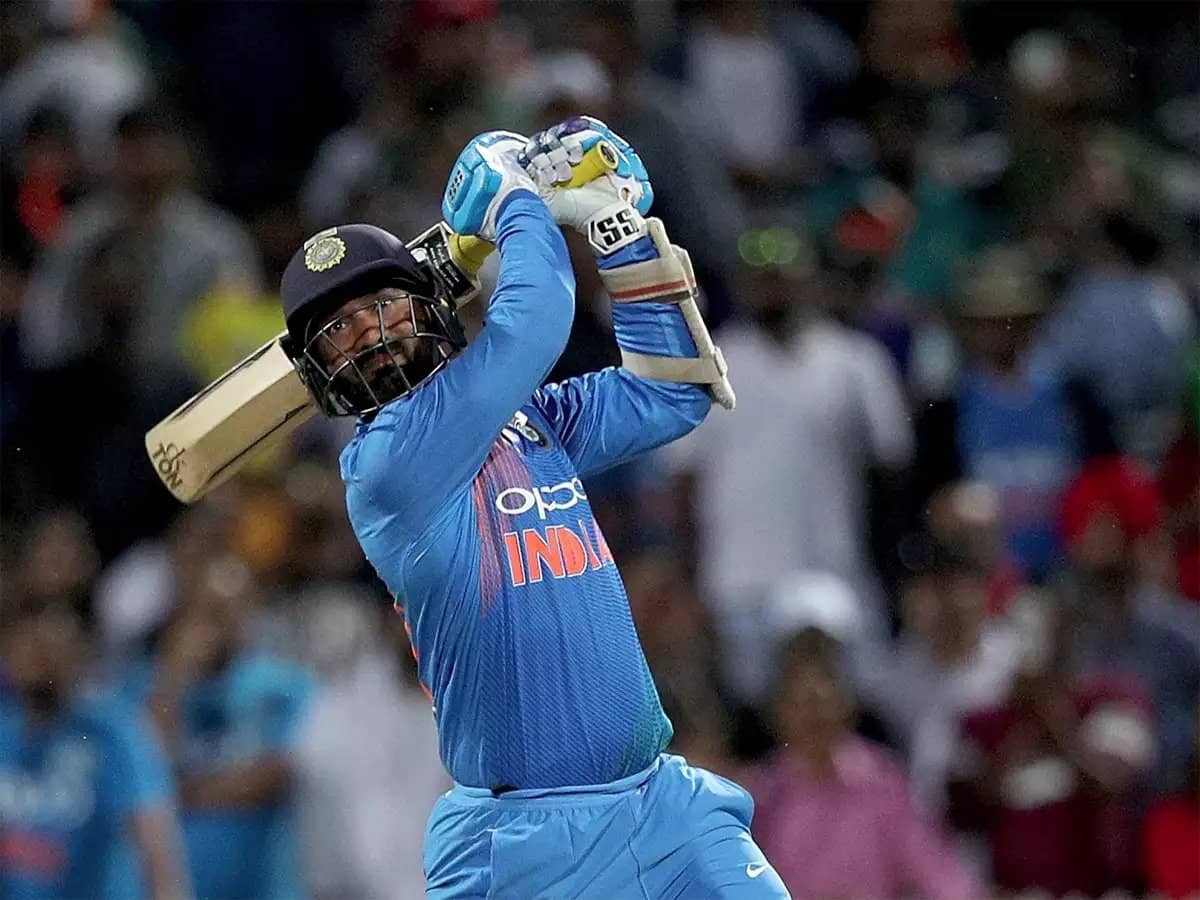 It is believed that one needs to have a touch of luck to succeed and Dinesh Karthik seems to be devoid of it. The player, who made his international debut in 2004 always lived on the sidelines of the Indian cricket team. He is a prolific batsman and a dependable wicket-keeper and yet stayed a second-fiddle throughout his career.

MS Dhoni made his debut a few months after Dinesh Karthik’s debut and became the mainstay of the Indian side in no time. Karthik, who was then young and making waves in domestic cricket, was India’s first-choice wicket-keeper. However, he was quickly pushed down by Dhoni and stayed under his shadow until his retirement. Karthik, however, made intermittent appearances for India in both the ODIs and Tests, but could never become a regular face.

In the parallel world, Karthik didn’t stop rediscovering himself and continually evolving. He kept scoring runs for his domestic teams and in sparse chances, for the national side. Karthik was never given a thoughtful opportunity but was rather called whenever desired by the selectors. He was given challenges that didn’t belong to his domain. Yet he never threw the towel and took the challenge head-on.

In one such incident, Karthik was put to open the innings in the Test series in England in 2007 in the absence of Sehwag. He stood to the test and his performances helped India script history in England. Karthik aggregated more runs than the likes of Dravid, Sachin, and Ganguly. Before England, he was tried in the opening slot alongside Wasim Jaffer in the Test series in Bangladesh in 2007. He scored a brilliant 129 in the second Test at Mirpur to help India win the match by an innings and 239 runs. In the ODIs around that time, he batted at almost every batting position yet could never make a place for himself.

He was then part of India’s triumph in the inaugural edition of the T20 World Cup in 2007 and the CB series win in Australia in 2008. After his brilliant domestic season and immaculate IPL form in 2013, Karthik was rewarded with a place in the Champions Trophy 2013 squad. Despite scoring hundreds in practice games, he didn’t get to feature in the official matches.

However, Karthik kept growing in the T20 format. He continued to be one of the top grosser in the IPL. From being bought for INR 12.5 Crores by Delhi Daredevils to becoming the Kolkata Knight Riders captain, Karthik’s value has continued to grow in the IPL. Yet, he failed to secure a permanent spot in the team.

Dinesh Karthik’s Evolution as a finisher

When Dhoni was about to finish his career, selectors once again turned to Karthik for his services. Karthik by then had reinvented himself as a finisher and had started doing that quite successfully. He won 6 games as a finisher for KKR in the 2018 season. His heroic of 29 runs of 8 balls in the Nidhas Trophy final in 2018 is still fresh in the minds of cricket fans. He was even pivotal in India’s title win in the 2018 Asia Cup. However, once selectors decided to put their faith in Rishabh Pant, he was again cast out of the scheme of things. For more live betting tips and match guides, read here.

Karthik is a fluent batsman with class stamped on his stroke play. In the games building up to the 2019 World Cup, Karthik emerged as a consistent performer, scoring crucial 30s and 40s in the lower batting order. Yet was not picked in the ODI series against Australia just before the World Cup. Though he was later drafted into the World Cup 2019 squad, he didn’t get the fitting opportunities. He was suddenly asked to bat in the semi-finals against New Zealand and was cast out after failing to score on a solitary chance.

Karthik is a seasoned campaigner and has evolved immensely as a batsman. He is arguably the best finisher going around in the IPL. Karthik stays cool under pressure and understands his game well. He demonstrates an astute reading of match situations and adapts well to the demands. He is a class act and has the ability to hit good balls for boundaries. Although he has merely represented India in 94 ODIs and 32 T20Is, he carries immense experience of playing cricket. Karthik has ample experience playing in the IPL and rightly translates it into national opportunities.

India was ousted from the T20 World cup 2021 very cheaply and has not won the title since 2007. There is a change of leadership in the Indian team. It is apparent that Rohit has more belief in Karthik than Virat Kohli. With Rohit and Kohli as the only seniors on the team, Karthik’s presence can help Rohit control the proceedings in a better way. Moreover, there is no better finisher for team India than Dinesh Karthik. Although Rishabh Pant continues to be the first-choice wicket-keeper for India, he cannot be rightly attributed to that role.

Karthik has started this IPL season on a high note. He is still unbeaten with four brilliant finishes for the Royal Challengers Bangalore. With the scores of 32*(14), 14*(7), 44*(23), and 7*(2), Karthik is once again proving why he is the best finisher going around at this time. Former Indian coach Ravi Shashtri believes if he manages to fare well this season, he will surely be in the scheme of things for the World Cup.

Karthik, before the start of the IPL, hinted at a desire to play for India. With no MS Dhoni and Suresh Raina on the side, the team needs someone like Karthik in the lower middle order. Australia will host the T20 World Cup later this year and India will host the 50-over World Cup next year. The two World Cups are lined up in a span of fewer than 12 months. Roping in Karthik can boost India’s chances of winning the World Cup as he seems indispensable for the upcoming World Cups. Here are more Cricket betting odds and updates for the upcoming match.