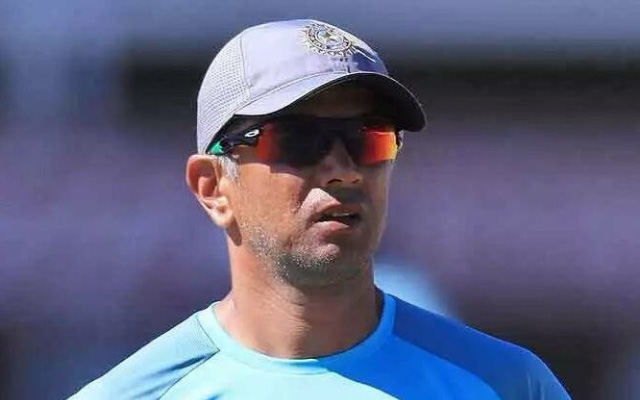 India head coach Rahul Dravid backed stand-in skipper KL Rahul, saying he’ll “learn” as he is just “starting out in his journey as captain” on Sunday.

India, under Rahul’s captaincy, suffered a narrow four-run loss to South Africa in the third One-Day International (ODI) on Sunday. With that, the Proteas completed a whitewash in the three-match series. Earlier, India also lost the Test series 2-1. After which, Virat Kohli had stepped down as India’s Test captain.

“I thought KL Rahul did a good job, not easy for him. Not easy to be on the wrong end of the results. He is going to learn, he is starting out in his journey as captain, he is beginning and a large part of captaincy is the execution of the skills of your players and the quality of the side. I think we were a little bit short in the ODI side of the things,” Dravid said.

You can check our BBL today match prediction. Do check it here in our site.

Rahul Dravid: There are many learnings from this tour

“I think he did a decent job as someone who is touring, definitely he will get better as a captain. Without signalling out the spinners, in the middle overs, we probably need to improve our wicket-taking options. Spinners do play a big role in that, with quicks coming back and the kinds of balls we bowl, that is an area of the game we have been behind in. There are many learnings from this tour. The good thing is we have some time in ODI to correct those things,” India’s head coach added further.

On Sunday, South Africa set India a target of 288. Half-centuries by Virat Kohli (65), Shikhar Dhawan (61), and Deepak Chahar (54) went in vain as the visitors failed to cross the line at Newlands, Cape Town.

Speaking about the middle-order, Dravid said,” We certainly want to give the middle-order consistency and we want to give them that security. Once you give people consistency, security, you also have to demand performances because that is an expectation when you play at this level and country. The idea is to give as much stability as we can. Rohit was not here, it gave someone else an opportunity to open.”

If you are looking an online betting tips that is for free. You are in the right place.

Venkatesh Iyer, who played in the first two ODIs, was dropped for the third. Speaking about his role in the future, Dravid said,” The idea is to develop Venkatesh Iyer as sixth bowling option or if it is Hardik when he potentially comes back. That will give us various options. When you are the sixth bowler in a team, it can happen that you are not required to bowl. It can happen, the thing is we have been clear with him that in our team, we were looking for someone at number six and who can be the sixth bowling option.”

India’s next assignment is a home series against West Indies. The Caribbean side is set to tour India next month for three ODIs and three Twenty20 Internationals (T20Is), starting from Feb. 6.

While the ODIs are scheduled to be played at Narendra Modi Stadium, Ahmedabad, the T20Is will be held at Eden Gardens, Kolkata. Take a look our recent parimatch app review here.