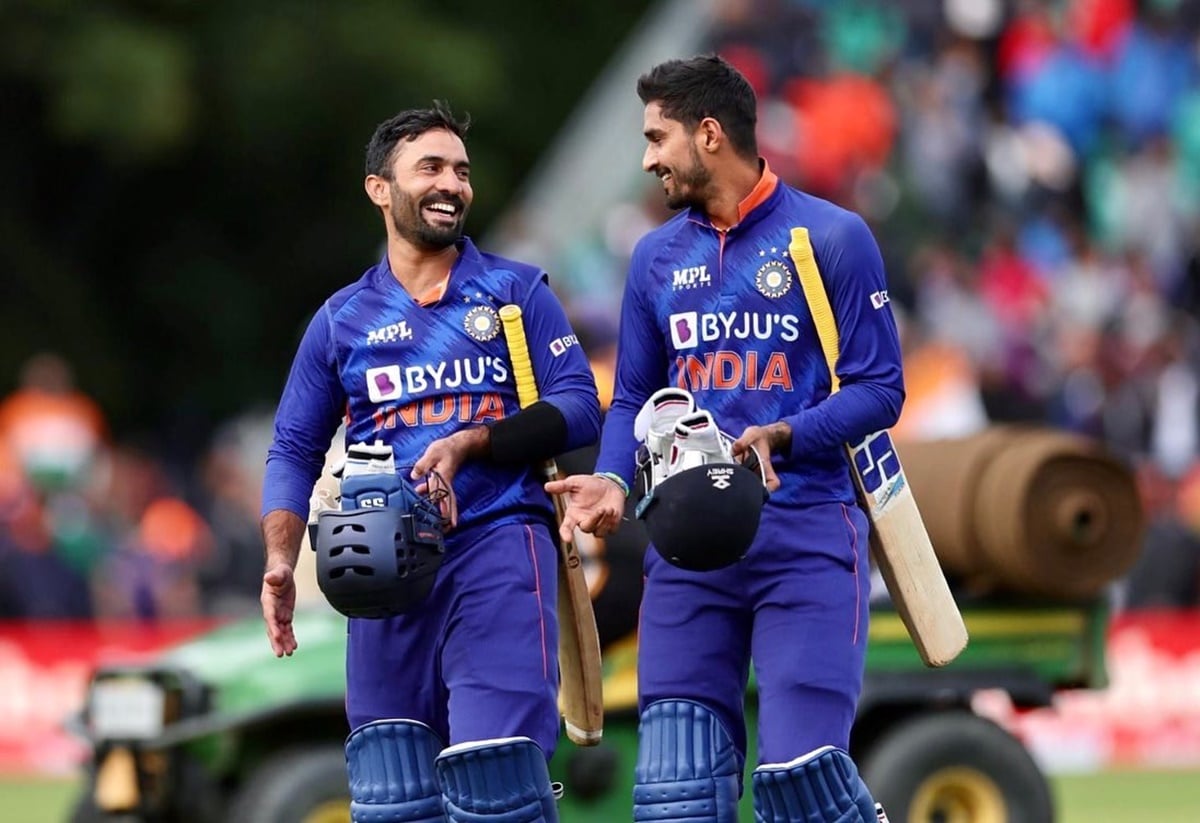 ENG VS IND: Former Indian player turned veteran commentator Aakash Chopra has said that Deepak Hooda should retain his place in the playing XI for the first T20I against England after his impressive efforts against Ireland. Chopra also added that Hooda should bat at No. 3, where he smashed a century in the second T20I against Ireland in Dublin as well. Hooda, 27, was awarded the ‘Player of the Series’ for smashing 151 runs in the two-match T20I series against Ireland. Here are the top 10 betting sites in India that you can open on your mobile devices and enjoy competitive odds and all the features you can expect from a mobile betting site.

With Ruturaj Gaikwad getting injured, he got the chance to open the innings in the first T20I and scored an unbeaten 47 off 29 balls. He followed it up with a stunning 104 off 57 balls in the second T20I, coming in at No.3 as well. However, he continued his good form in the warm-up match against Derbyshire, scoring a quickfire 59. While previewing the first T20I between India and England, which will take place in Southampton on Thursday (July 7), Chopra praised him.

He shared on his YouTube channel: “I will stick with Deepak Hooda at No. 3. I am not going to make a change because he batted really well (against Ireland). He scored a hundred and almost got fifty in the other game. He was absolutely outstanding.”

ENG VS IND: Aakash Chopra reveals his choice for openers

However, Deepak Hooda made his T20I debut in the series against Sri Lanka earlier this year. In five matches, he has scored 172 runs which came at a strike rate of 168.62. He has also featured in two ODIs and has scored 55 runs so far as well. On the other hand, while choosing captain Rohit Sharma and Ishan Kishan as his openers for the first T20I against England, Chopra also revealed his choices for the middle-order and bowling department.

He stated: “I would play Surya (Suryakumar Yadav) at 4, Hardik Pandya at 5 and Dinesh Karthik at 6. Axar Patel had played in the last match and the series before that. He could come in again (at No.7). He and Yuzi Chahal can be the two spinners. Harshal Patel, Avesh Khan, and Bhuvneshwar Kumar will be my pacers for the game.”