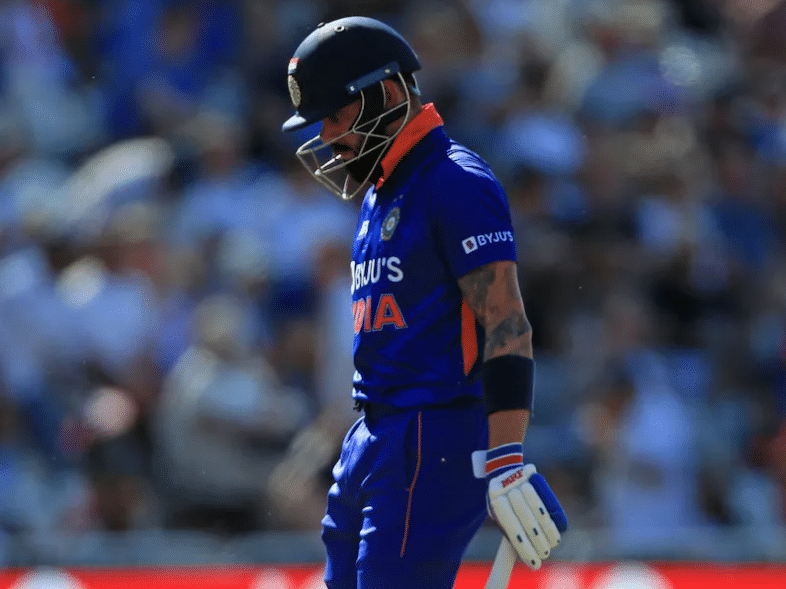 ENG VS IND: Former India captain Virat Kohli has been going through a lean patch for a long time. After having a rather forgettable Indian Premier League, he was rested from their immediate series against South Africa and Ireland as well. With the expectation that a break will help Kohli to do well, the team management went with young players to play for India. Bet online by checking more new betting sites in India for the upcoming match here on our site.

While the youngsters did well and made headlines with their performances in the Indian team, Kohli’s return, meanwhile, wasn’t a fruitful one as well. He failed to do well in the rescheduled fifth and final Test against England at Edgbaston and then he also failed in the rest of the games against England as well. With the T20 World Cup around the corner, Virat Kohli has again been rested from the entire tour of West Indies, and many didn’t like the idea and questions were being raised too behind this decision.

Meanwhile, former India cricketer Ajay Jadeja opened up on this and recalled that he had sought intervention from the batting maestro Sachin Tendulkar, as he would be the only person in the world to understand what Virat Kohli was going through.

“I said this 8 months ago when we were talking about this. I said the only man who can relate to what Virat Kohli is going through is Tendulkar. The only man who he should give a call and say, ‘let’s have a drink together. Have a nice meal’. Because who else, since starting at age 14 or 15, never had a bad patch? Only moved forward, and reached the heights Tendulkar had reached?” Jadeja said on Sony SIX.

“So, I can’t think of anyone else, because I believe that everything is in the mind. So, he is a call away from Tendulkar. I hope even if Virat doesn’t call… it’s actually Sachin who should give him a call. Sometimes, young people are in that phase. When you are older, since you have been through that, it’s your duty to make that call. I hope Master does that,” Jadeja further added.

However, India are scheduled to take on England in their third and final ODI match of the series on Sunday, July 17. The series is currently tied at 1-1 after two games, and it will be interesting to see who will have the last laugh. Read our expert betting tips and guides, written by cricket betting experts, to find the right betting app for your situation.