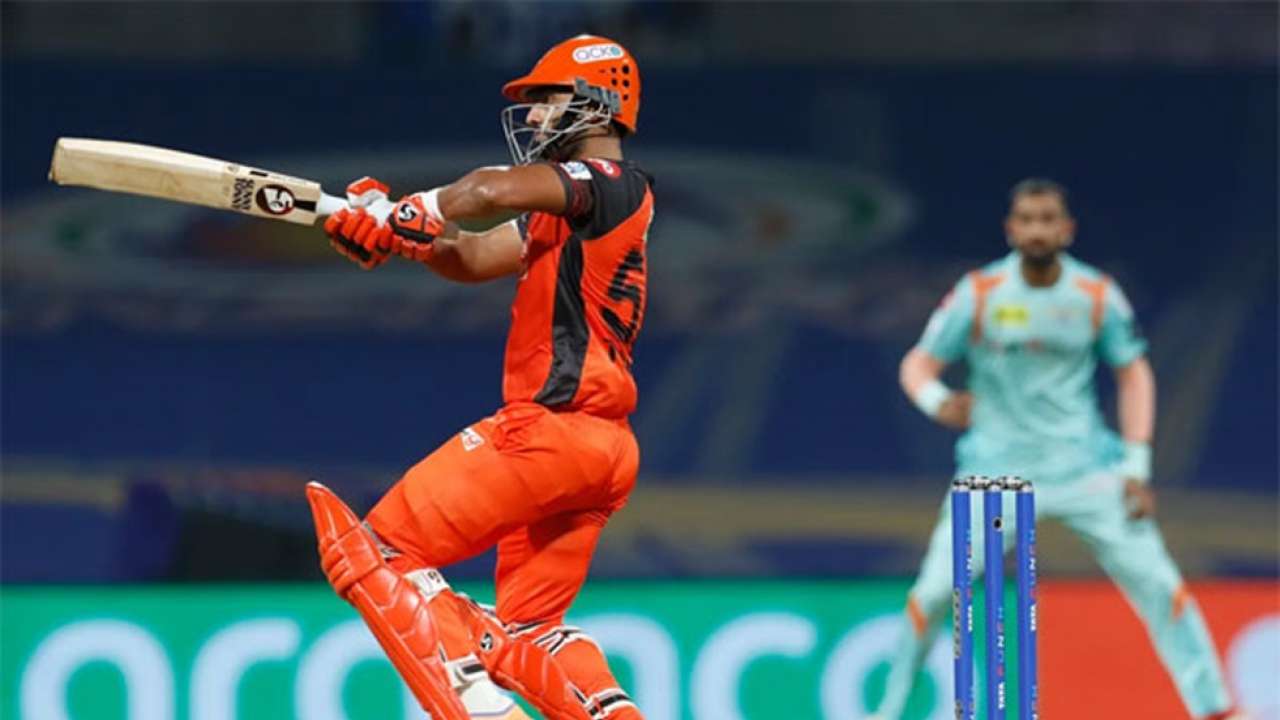 ENG VS IND: In-form batsman Rahul Tripathi is unlikely to be included in the starting XI for the opening T20I against England, according to former Team India batter Aakash Chopra. Tripathi was a member of the Indian team for the two T20Is against Ireland. However, he could not participate in any of the matches. The 31-year-old is in the Indian team based on a strong IPL 2022 campaign for the Sunrisers Hyderabad (SRH). Looking for more official betting sites in India for the upcoming match? Find them here.

The aggressive right-hander scored 413 runs at a strike rate of 158.24 in 14 games, including three half-centuries. Chopra stated that although India may tinker with their lineup for the first T20I against England on Thursday (July 7), it still appears impossible for Tripathi to have a sneak-in.

“There is no guarantee which team will play. We might see Umran Malik and Arshdeep Singh coming in. But I still can’t see Rahul Tripathi getting into the playing XI even though he is part of the team. I don’t see any place for Ruturaj Gaikwad as well. His injury has been a double whammy. I think he is fit now. But Rohit Sharma is back, so I don’t see him playing in this game.”

In the Indian team for the first T20I against England, Deepak Hooda, Suryakumar Yadav, Hardik Pandya, Dinesh Karthik, and Venkatesh Iyer are the other middle-order alternatives. With the return of the captain, Rohit Sharma, Chopra suggested that the top order will also be without Ruturaj Gaikwad. Download one of the best betting apps with a user-friendly design, and plenty of payment options, and enjoy all features and bonuses here on our site.

In the home T20I series against South Africa, Gaikwad started the inning. He only managed 96 runs over five innings at a dismal average of 19.20 and a strike rate of 131.51. Ireland’s hitters put India’s bowlers under duress during the just-finished T20I series against them, even though India won both games.

“There will be pressure on India’s bowlers. In the 2nd T20I against Ireland, we saw that this bowling attack could be taken for runs – Bhuvneshwar Kumar or Harshal Patel. Ireland had almost defeated us.”

India won the second T20I in Dublin with a total of 225 for 7. Ireland gave India a serious scare before losing by four runs. Harshal scored 54 runs in his four overs, compared to over 40 runs for Bhuvneshwar, Ravi Bishnoi, and Malik.

India scored 225 for seven in the second T20I in Dublin. Ireland gave India a serious scare before losing by a score of four runs. Harshal Patel conceded 54 runs in four overs, compared to more than 40 runs from Bhuvneshwar Kumar, Ravi Bishnoi, and Malik. Three Twenty20 International (T20I) games between India and England will be played at Southampton’s Rose Bowl Cricket Ground on Thursday, July 7. Stay tuned for our 100% FREE VIP betting tips and match guides from our professional betting tipsters.