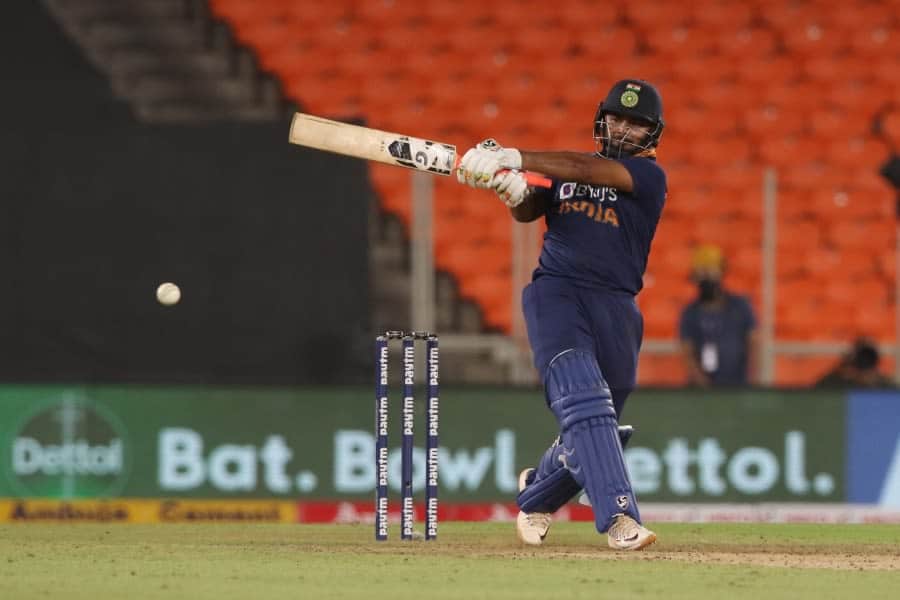 ENG VS IND: Rishabh Pant first came into the limelight with impressive performances in the Indian Premier League. His ability to clear the boundary at will and play unconventional strokes marked him to be an excellent limited-overs player in the future. However, it is interesting how Pant has flourished in the longest format of the game despite adopting an unorthodox approach at the crease. Meanwhile, his ODI and T20I record has been nothing but average. Discover more about India’s top betting sites that are top-rated in the market and it has an amazing live betting platform. Have fun at home!

“No Boundary Is Big Enough for Him”, Darren Gough on Rishabh Pant

“He(Pant) has serious talent, in my opinion. What is not to like about watching him bat?”

Appointed captain for the South Africa T20Is, Pant had an underwhelming performance with the bat, failing to counter the Proteas’ tactic of bowling him wide of the stumps. It is true that his strike rate was admirable in the recent IPL season. But the team needs big scores from him rather than quick cameos. There is no doubting his exemplary potential, particularly after yet another impactful century in England. Walking out to bat a little bit higher than his usual position, the wicketkeeper-batsman counter-attacked his way to a sensational 146. This adds to his recent success in Test cricket, after his heroics in Sydney, Brisbane and Cape Town.

Former English cricketer Darren Gough believes that Pant will dominate Test cricket in the future. He admitted the Delhi-born batsman’s “serious talent” and loves to watch him bat. Gough was also confident about Pant’s success in the shortest format of the game. He said that the southpaw is eventually going to come good for India in T20Is. He was full of praise for Pant’s talent and marked him to rule T20 cricket in years to come. Gough also admired his ability to clear the boundary at will.

ENG VS IND: Pant or Karthik, Who’s Your Wicketkeeper?

Rishabh Pant was outscored by both Ishan Kishan and Dinesh Karthik in the recent series against South Africa. While he was the primary candidate to take the gloves for India for the 2022 T20 World Cup in Australia, recent performances have put his spot under the scanner. Kishan has been looked upon as a backup opener by the team management. It is Karthik who is the real threat to Pant’s place in the side. The Tamil Nadu batsman has been in scintillating form in T20 cricket, finishing games like none other.

A strike rate of 183.33 in IPL 2022 paved the way for a comeback to the national team for Karthik. He grabbed the opportunity with both hands, providing impetus to the Indian innings in the death overs. On the other hand, Pant has failed to make a mark despite walking out to bat with considerable overs in hand. It will be interesting to see who keeps the wickets for India in the second T20I against India. Pant has been rested for the first T20I and will join the squad from the second game onwards. Read Mobile Bet365 reviews here and learn more about how online betting works. So what are you waiting for? Download the app now!