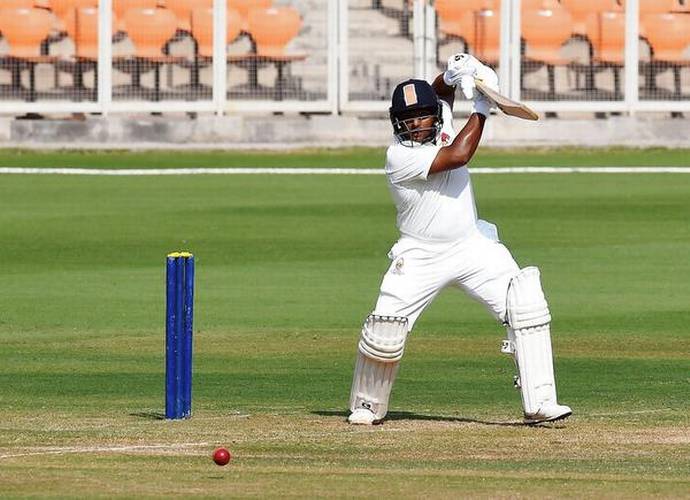 ENG vs IND, 2022: Former India batsman Dilip Vengsarkar is not happy with Sarfaraz Khan’s omission from the Indian Test squad for the rescheduled fifth Test match against England. The Mumbai batsman is currently representing his team in the Ranji Trophy and has scored 704 runs in five innings at 140.83, with three centuries and a fifty to his name. Vengsarkar is very much impressed with Sarfaraz’s performances in the past few years and believes that the youngster deserves an India call-up. Looking for trusted betting sites in India? We got you covered! Here, we also bring you betting site reviews that are primed to offer a rewarding and safe wagering experience.

“He should have been playing for India at the moment. He has scored tons of runs every time (in Ranji Trophy). And if the selectors are still not convinced, then I am really surprised. What else can he do to get into the Indian squad? Every year, he has scored more than 800 runs for Mumbai.”

The 1983 World Cup champion praised Sarfaraz’s work ethic and consistency to play long innings. Watching him from his childhood, Vengsarkar also commented on Sarfaraz’s fitness. He said, “I have seen him since he was 12. He is a street-smart cricketer who is always hungry for success.” Vengsarkar further added, “He is very fit and the most important thing is that he can play long innings.”

While we all know Sarfaraz Khan for his ability to dominate spin on turning Indian pitches, Vengsarkar believes he is equally good against pace. “He has the ability to win matches, which is very rare in batsmen. He has scored runs against pace, against spin. So what else can he do? He is scoring runs consistently. Once he hits the fourth gear, he is a treat to watch,” Vengsarkar added. For more cricket betting odds and scheduled matches for the 2022 season, read here.

While India has a plethora of options at the top, its middle order is going through a transition phase. After Cheteshwar Pujara and Ajinkya Rahane were dropped for the Sri Lanka series, players like Hanuma Vihari and Shreyas Iyer have been given opportunities in their place. Even Suryakumar Yadav was called upon as an injury replacement during last year’s England tour based on his white-ball success.

While Vihari and Iyer deserved their chances, Sarfaraz is not too far behind them in terms of domestic performances. He may not have delivered in the IPL but he has been piling on huge scores in the Ranji Trophy. Last year, he had scored 928 runs in nine innings at 154.66 with three centuries and two fifties. Today his first-class average stands at 80.42, only behind the great Don Bradman.

Sarfaraz Khan will next represent Mumbai on Tuesday, June 14 for their Ranji Trophy semifinal against Uttar Pradesh.

Here’s the most reliable source of free betting tips created to help Indian punters get the most out of their cricket wagers.