Home » News » ENG vs IND: England Succumb to Their Lowest Total in ODIs Against India

ENG vs IND: England Succumb to Their Lowest Total in ODIs Against India 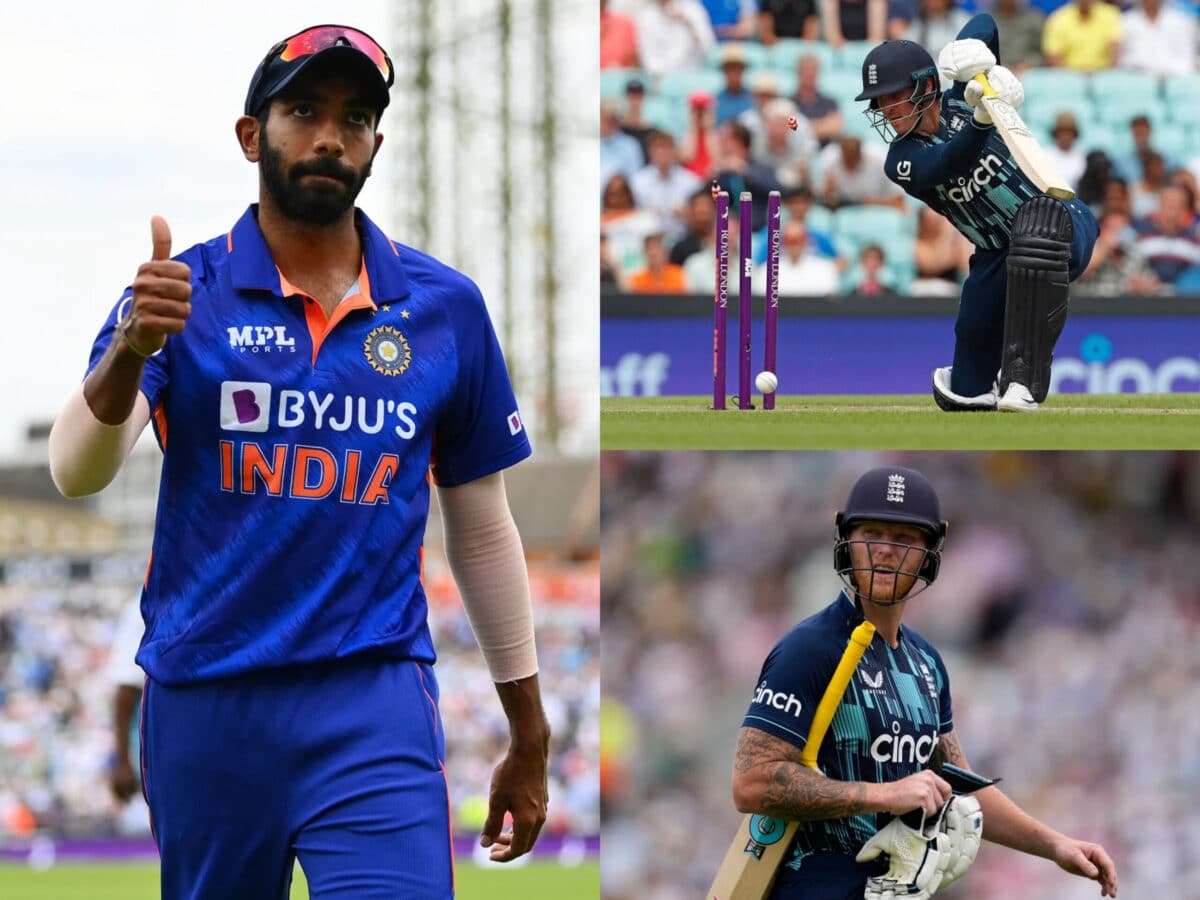 ENG vs IND: England have been quite successful with their ultra-aggressive approach in white-ball cricket. With Brendon McCullum at the helm, they began implementing the attacking approach in Test cricket. As a result, England have won all their last four Test matches from very tough positions. England chased 378 runs in just 78 overs against India at Edgbaston, which was their highest successful run chase in Tests. Discover more betting sites in India that are top-rated in the market and it has an amazing live betting platform. Have fun at home!

While England received huge plaudits for their style of play, Australia’s former Test Captain, Steve Smith questioned the longevity of the so-called ‘Bazball’ theory. While Smith was intrigued by the approach he wondered whether this approach will work all the time.

“It’s been exciting. I’m just intrigued to see how long it lasts if it’s sustainable,”

“If you come in on a wicket that’s got some grass on it and Josh Hazlewood, (Pat) Cummins and (Mitchell) Starc are rolling in at you, is it going to be the same?

Smith’s words became a reality but the only difference was instead of Pat Cummins, Josh Hazlewood, and Mitchell Starc it was Jasprit Bumrah, Mohammed Shami, and Prasidh Krishna. Cricket is so unpredictable. Who would have thought England would dish out a green wicket for the 1st ODI against India at the Oval when the wicket for the fifth (rescheduled Test) was a belter?

England had an unforgettable day as nothing went their way right from the toss. The sky was overcast, the ball swung, their batting crumbled, and the bowlers had hardly any runs to play with. But it was not all to do with the pitch, there were some incredible skills on display. Rohit Sharma won an important toss and Jasprit Bumrah dished out a double-wicket maiden in the second over of England’s batting innings.

Bumrah drew first blood after removing Jason Roy for a duck. The Indian pacer was spot on with his line and lengths and with the ball swinging, Roy tried to take the aggressive approach. Bumrah cleverly dished out a full ball outside the off-stump and the batter fell for the bait. Roy, who was left clueless in the previous three deliveries, played an expansive drive. The ball tailed back in, took the inside half of Roy’s bat, and crashed into the stumps. Three balls later, Bumrah surprised Joe Root with extra bounce which led to the downfall of the best batter of the Test series for a golden duck. Mohammed Shami then removed Ben Stokes for yet another duck, then third in England’s innings.

Bumrah came back to dismiss the dangerous Jonny Bairstow and Liam Livingstone with a peach of a delivery. Bairstow came into the ODI series after scoring four Test centuries in as many games. Livingstone, who was struggling to get off the mark, tried to put the Indian speedster of his length by shimming down the pitch. It was a yorker-length inswinging ball, and Livingstone was beaten while attempting to flick it away. The ball rattled onto the leg stump, and half of the England side was back in the pavilion inside the first powerplay. Here you will find more Cricket Predictions and analyses on the upcoming cricket matches that are being played around the globe.

Bumrah cleaned up the tail to register his best figures (7.2-3-19-6) in ODIs. In doing so, he broke Kuldeep Yadav’s record for the best ODI bowling figures by an Indian bowler in England. The chinaman took 6/25 against England in Nottingham in 2018. Bumrah also has the third-best ODI figures by an Indian bowler, trailing only Stuart Binny (6/4) and Anil Kumble (6/12). He joined a select group of 10 Indian bowlers who have taken six wickets in an ODI inning.

England stuck to their attacking philosophy

After England completed a historic chase against India in the Edgbaston Test, red-ball skipper Ben Stokes said, “teams will get better than us but no one will be braver than us”. It takes some kind of guts to continue playing aggressively when the team is five down for just 26. After the wicket of Livingstone, Moeen Ali and skipper Jos Buttler didn’t grind down and tried to remain positive. Ali, who was looking comfortable at the crease, chipped one back straight to Prasidh Krishna who took a sharp reflex catch on his follow-through.

The very next over, Buttler tried to send a message that England won’t die wondering. He took on the short ball by Mohammed Shami and pulled away to backward square leg with absolute disdain. Shami backed it up with a perfect fast bowler’s response. Bowled another short ball and this time, Buttler pulled it towards a deep square leg. The ball had the height but no distance as SKY stationed at the boundary took a well-judged catch. Buttler top-scored for England with 30 of 32 balls.

England bundled out for 110, their lowest ODI score against India

Bumrah knocked off David Willey to mark a complete annihilation of England. The hosts were bowled out for 110 runs, their lowest 50-over total against India. Four of England’s top six players failed to trouble the scorers. The Indian pace attack, led by Bumrah, was spitting fire, with Shami taking three wickets and Krishna with the wicket of Ali.

In response, India cruised to a 10-wicket victory with 31.2 overs to spare thanks to Rohit Sharma’s unbeaten 58-ball 76. This is England’s first ODI defeat by a 10-wicket margin at home, and their first such defeat anywhere since the WC 2011 quarterfinal defeat against Sri Lanka in Colombo RPS. It was the first time Roy, Bairstow, Buttler, Root, and Stokes were playing together since the final of the 2019 World Cup against New Zealand. But Bumrah spoilt their homecoming. To cheaply knock off Bairstow and Root who was in the form of their lives in Test cricket, is quite an accomplishment. More free solid cricket betting tips and match guides from professional betting tipsters here on our site.