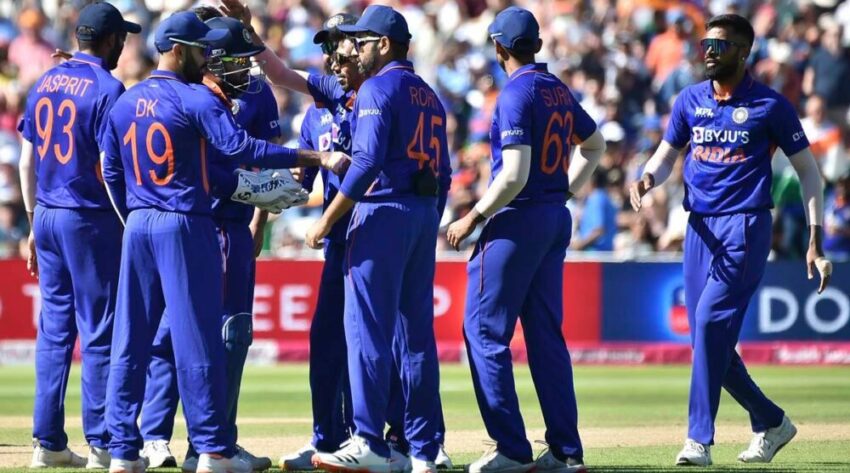 ENG VS IND: After winning the three-match T20I series 2-1, Team India has started the ODI series in a similar fashion. They have thrashed the World Champions, England, by 10 wickets in the first ODI to take a 1-0 lead in the three-match series. On Tuesday, the Men in Blue registered their biggest win against the English team. It all started with the toss. Rohit Sharma won the toss and chose to bowl first in the overcast conditions. Both Indian seamers took advantage of the swinging conditions and didn’t let England’s top order score. Discover more betting sites in India that are top-rated in the market and it has an amazing live betting platform. Have fun at home!

The team that scored 498 runs a couple of weeks ago against the Netherlands was restricted to 26/5 with four out of the first five batters being dismissed for ducks. However, the remaining five batters showed a bit of fight, but in the end, England got all out for 110 in 25.2 overs. Skipper Jos Buttler was the top scorer, who scored 30 runs. Jasprit Bumrah registered his career-best figure of 6/19. Both Indian openers didn’t look uncomfortable chasing the target.

India chased it down in 18.4 overs and scored 114. India won the match by 10 wickets and 188 balls to spare. It was the biggest victory for India against England. Rohit remained unbeaten on 76* off 58 balls, six boundaries, and five sixes. On the other hand, Shikhar Dhawan was not out on 31* off 54 balls with four boundaries. The veteran pair registered their 18th-century partnership and also became the fifth ODI pair to score 5000 runs in ODI cricket.

Notably, with this win, the Rohit-led team has surpassed Pakistan in the ICC ODI team rankings. Prior to this match, India was in fourth place with 105 rating points, while Pakistan was in third with 106 points. The win in the first ODI helped India to climb up to a third-place with 108 rating points.

New Zealand is at the top with 126 points. On the other hand, England is in second with 122 points. The Indian skipper also became the first Indian player to hit 250 ODI sixes and became the fastest player to do so. He did it in 231 matches and is just behind Sanath Jayasuriya (270), Chris Gayle (331), and Shahid Afridi (351). Stay tuned for our 100% FREE cricket tips and match guides from our professional betting tipsters.

Both teams will now face each other in the second ODI of the series. The match will start on Thursday, July 14 at the Lord’s, London. Leading by 1-0, the visitors will look to win the next game and seal the series.