Home » News » ENG VS IND: Jasprit Bumrah Set to Lead the Indian Side Against England, Rohit Sharma Ruled Out of the Fifth and Final Test 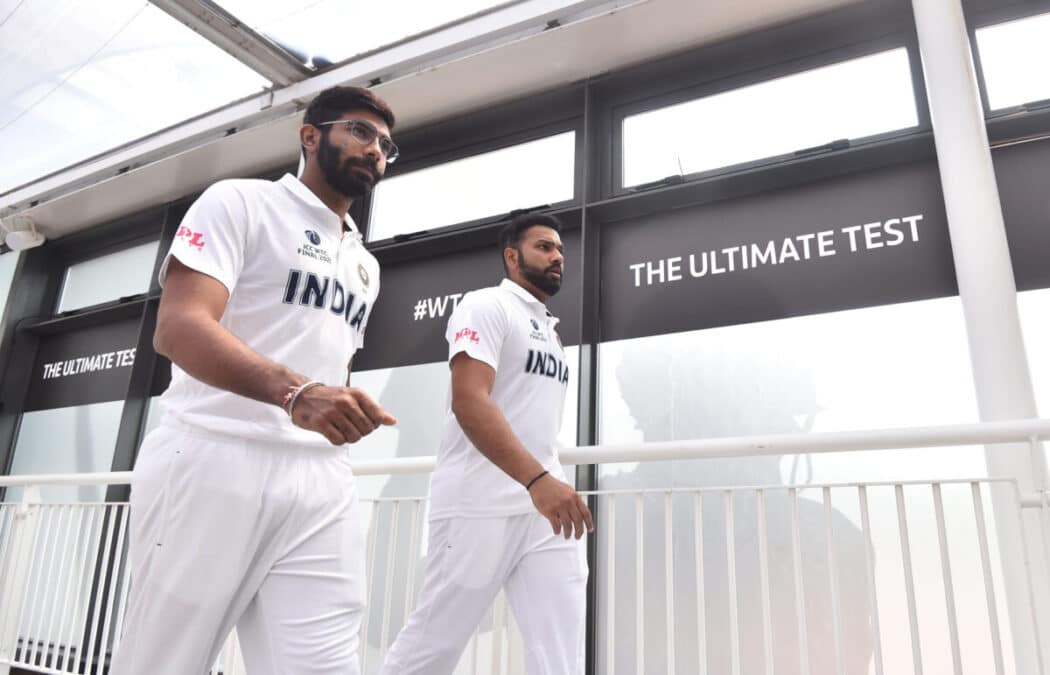 ENG VS IND: India started the international season with a 2-0 T20I series win over Ireland. But their next challenge is against England, who are playing really good cricket at home. The India tour of England will kick off with the fifth and final Test match on July 1, Friday. The test match will be followed by three ODIs and three T20Is. However, India faced a big setback when skipper Rohit Sharma was tested positive for the Covid-19 virus on Saturday. Looking for India’s top betting sites? Check out live cricket odds and bet on live cricket games with our amazing betting bonuses!

Rohit, who played on Day 1 of the four-day warm-up match against Leicestershire, didn’t come out to take the field on Day 2. It was later revealed that he had come into contact with a virus and had been placed in six-day isolation in his room. It left the Indian team with a big headache. Rohit is the skipper of the team, and if he misses, who will lead the team? because KL Rahul is also not available. However, the management has three options in Virat Kohli, Rishabh Pant, and Jasprit Bumrah.

ENG VS IND: Jasprit Bumrah to lead the Indian team

But now all the rumours and specifications have been cleared up. As per the media reports, a BCCI source has confirmed that Rohit will not be fit to take part in the fifth and final test. Hence, he will not be playing in the one-off Test match against England. Then, India’s ace pacer Jasprit Bumrah will do the captaincy job in the test match.

Notably, Bumrah will lead India for the very first time. With this, he will also become only the second pace bowler to lead India in the history of Indian cricket. The legendary all-rounder and 1983 World Cup captain, Kapil Dev, was the first pacer to lead India at international level.

On the other hand, Rohit was the highest run-scorer for India in the first four matches. He scored around 380 runs at an average of 52.57, with one century and two half-centuries. So the Indian team might miss him individually as well. But as a backup, the BCCI has added Mayank Agarwal to the squad. That means that he will open the innings along with Shubman Gill. More VIP betting tips and match guides from professional betting tipsters here on our site.