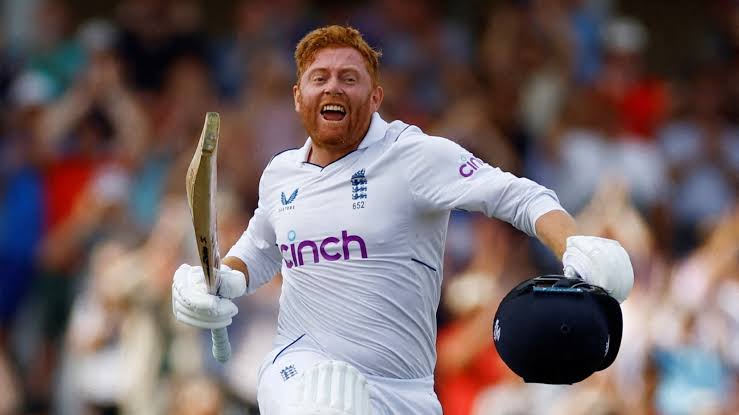 ENG VS IND: Virat Kohli may not be having the best of times with the bat in hand but that has not stopped him from making headlines. His recent interaction with Jonny Bairstow has made the news as the latter went on to score his fifth hundred in 2022. Looking for more official betting sites in India for the upcoming match? Find them here.

“We Both Are Competitive”, Jonny Bairstow on Virat Kohli

“There was literally nothing to it.”

In the press conference after stumps on day three, Bairstow was quick to point out that there was no tension between the two players. Having played against each other for so long, it was all about enjoying the banter on the field, said Bairstow. The English middle-order batsman spoke about how he and Kohli are similar in terms of competitiveness and that brings out the best in them.

When asked if Kohli was “poking the bear”, Bairstow said, “It’s a nice pun that in it, really.” According to reports, Kohli said something about Bairstow’s “hit or miss” approach to which he replied by scoring a counter-attacking 106. His innings were laced with 14 fours and a couple of maximums. At one point, he was batting on 13 off 61 with just a solitary boundary. Thereafter he took the attack to the opposition in a wonderful display of ball-striking.

At the end of day three, India lead by 257 runs with seven wickets in hand. However, Bairstow was confident that England would be able to chase whatever target they are set. His belief is not misplaced as they recently chased down three consecutive 270-plus targets against New Zealand without much fuss.

Bairstow also reserved praise for the pair of Jasprit Bumrah and Mohammed Shami who troubled the English batsmen with their pace and swing. He talked about how they were very consistent with their lines and lengths. Speaking of his game plan, Bairstow felt that it was important to shift the momentum by taking a couple of risks. It was all about trying to find gaps, he said. Read more free betting tips and guides, written by cricket betting experts, to find the right betting app for your situation.

As things stand, India have a firm grip on this Test match. Even if they manage to draw this match, they will win the series, having taken a 2-1 lead before. With Cheteshwar Pujara well set at the crease and Rishabh Pant riding on the confidence from the first innings, it is crucial that the England bowlers strike early on the fourth day. Anything above 350 will be very difficult to chase, against this well-rounded Indian attack.