Home » News » ENG VS IND: Jonny Bairstow says he is not afraid of failing

ENG VS IND: Jonny Bairstow says he is not afraid of failing 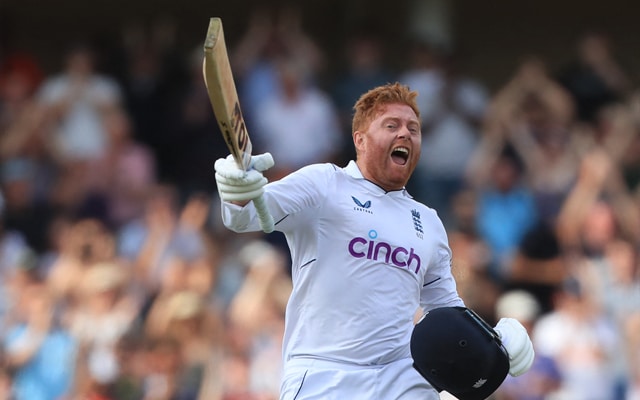 ENG VS IND: Veteran England batter Jonny Bairstow has said that he is not afraid of failing as his consecutive centuries helped England register a great win over India in the fifth Test on Tuesday. However, after registering a convincing series win over New Zealand recently, they were full of confidence and Bairstow seems to be in the best of form as he has already scored six tons in the year. Discover the ten best online betting sites in India and start betting online for this season.

In the first innings, Bairstow played an important role as the hosts were in trouble at stumps on Day 2. Chasing 378 runs to win the match, he added together an incredible 269-run partnership with Joe Root to take the team home and guided the team to their fourth consecutive successful 275-plus run chase. And, in the process, he also scored his second century of the game.

While speaking at the presentation, after being adjudged the Man Of The Match, Jonny Bairstow said that he is enjoying the moment. He also added that the last few years have been tough for him, but he is currently enjoying life in the longer format as well.

“It is great fun at the moment. The last month has been fantastic for the lads and the smiles on their faces when everyone does well is a massive part of it. I am stripping it back to the basics. The last few years have been tough on me but the last few months have been fantastic. Fair play to everyone who went through that. To the crowd as well: Day five was over in 90 minutes,” said Jonny Bairstow.

While he stated that he is not afraid of failing and he always try to put pressure back on the opposition, the centurian has also added that England are currently playing a positive brand of cricket and they will try to maintain that as well. Meanwhile, he also stated how he was managed to tackle the firepower of the Indian bowling lineup, saying that he was trying to shift the pressure back on to them only

“I just have an enjoyment factor now. I am not afraid of failing and just want to put the pressure on the opposition. We are going to lose games with the approach we have, but it is a positive fun brand of cricket to play,” further added Jonny Bairstow.