Home » News » ENG vs IND: “Kapil Dev Is My Senior, I Respect Him, But…”- Shoaib Akhtar Lashes Out at Virat Kohli’s Critics

ENG vs IND: “Kapil Dev Is My Senior, I Respect Him, But…”- Shoaib Akhtar Lashes Out at Virat Kohli’s Critics 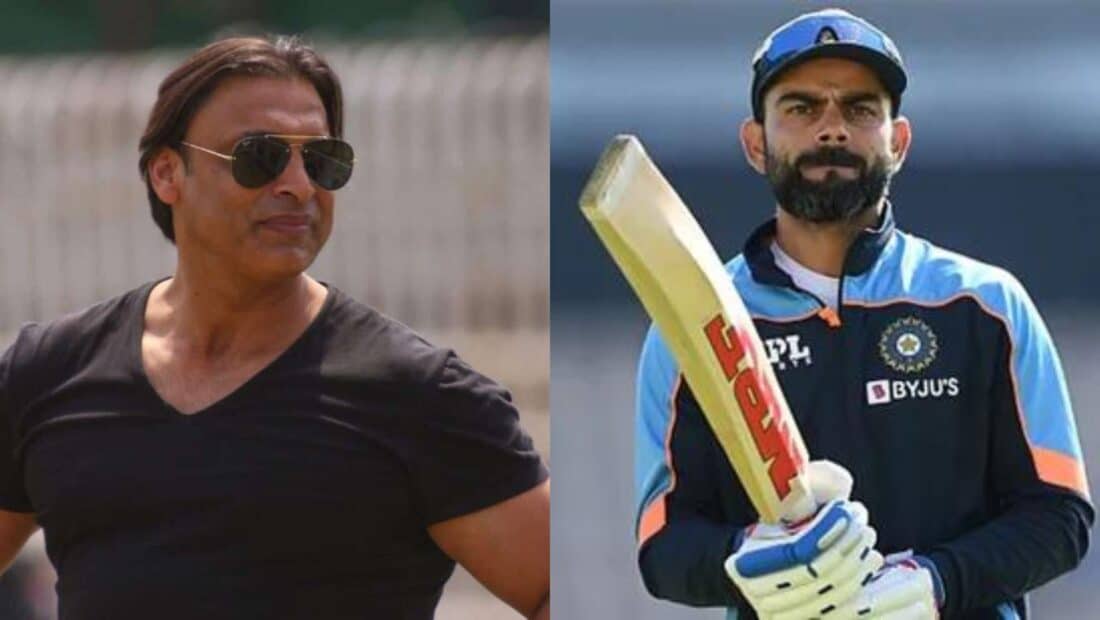 ENG vs IND: The lean patch of Virat Kohli has been the talk of the town for almost a year. The former Indian captain has not scored an international century in over two and a half years. Because of that, he has been facing a lot of criticism from many former cricketers and cricket pundits. On the other hand, the 33-year-old has also struggled on the ongoing England tour across the format. He has played five games and scored 59 runs so far across three formats. Discover more betting sites in India that are top-rated in the market and it has an amazing live betting platform. Have fun at home!

The 1983 World Cup-winning captain, Kapil Dev, also slammed Virat over his poor form. He went on to say that India should drop him from the T20I team to give chances to youngsters. But the statement didn’t go well, and skipper Rohit Sharma came in support and lashed out, saying that such experts don’t have inside knowledge of the team. Now a former Pakistani speedster has also come out in support of the 33-year-old.

ENG vs IND: “I do not know how can one talk about dropping him?” -Shoaib Akhtar

According to Shoaib Akhtar, Virat is the greatest batter of the last decade. He also said that he is hearing a lot of criticism of the former Indian skipper. Someone is saying that he is finished, he has nothing left in him, and he will not be able to do anything now in his career. Akhtar also said that he has answered every one that Virat is the greatest player in the last ten years.

He just had one or two bad years. However, the former pacer also spoke about the statement made by Kapil Dev. He said that he respected the World Cup-winning captain because he was his senior. Akhtar further said,

“I told them that Virat Kohli is the greatest player in the last ten years. He has 1-2 bad years, he still has scored runs, just the century has not come. You are just humiliating the guy in the media, to discredit him is not right, I do not know how can one talk about dropping him?  Virat Kohli has 70 centuries and only a great player can score as many runs.”

After missing the first ODI, the 33-year-old played in the second match against England. But he couldn’t do much with the bat. He scored 16 runs and got out. The Indian team lost the second match by 100 runs. The series is leveled at 1-1, with the third and final ODI to be played on Sunday at 3:30 pm. More free betting tips and match guides from professional betting tipsters here on our site.