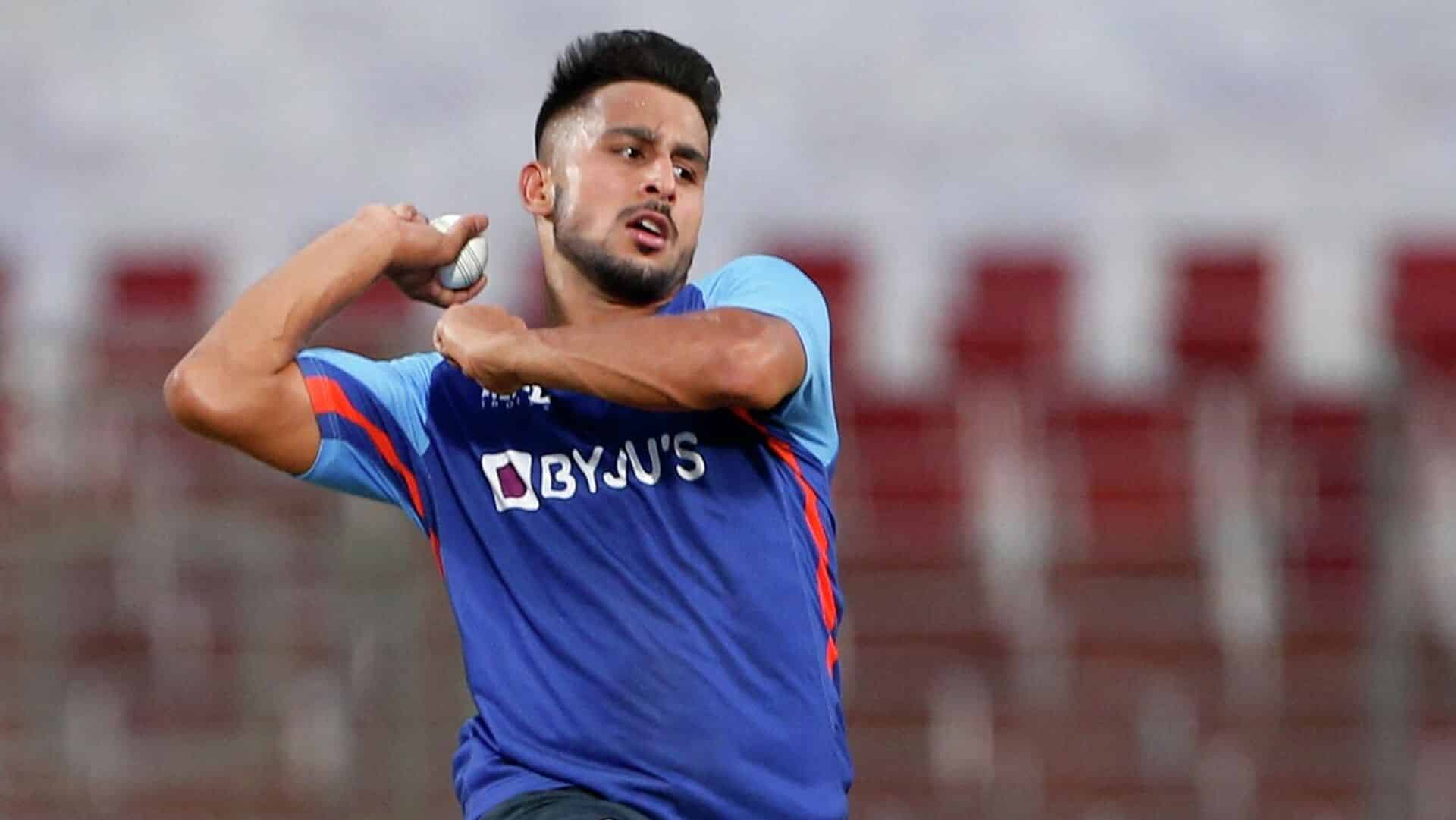 ENG VS IND: India may have won the T20I series 2-1 but not all went well for express-pacer Umran Malik. After turning heads in the IPL due to his ability to hit 150-clicks consistently, Umran’s introduction to international cricket has been rather turbulent. Looking for India’s top betting sites? Check out live cricket odds and bet on live cricket games with our amazing betting bonuses!

Speed won’t be of much use if you do not move the ball.

Not getting an opportunity to play until the third match of the series, Malik was put under pressure by the opposition captain straightaway. Jos Buttler hit three boundaries as the young pacer conceded 16 runs in his first over. He came back to pick up the wicket of Jason Roy but was taken to the cleaners in the middle and death overs. Malik eventually finished with figures of 4-0-56-1, proving to be the most expensive bowler in the match.

Former India pacer Madan Lal told Sports Tak how Malik’s speed worked against him in Nottingham. According to Lal, the batters were waiting for Umran’s pace to pounce upon and as a result, he was hammered the most among bowlers. His deliveries were coming on to their bats nicely, he added. The 1983 World Cup winner also criticized the selectors for including him in the T20I squad. Lal believes that Umran should rather be playing Test cricket to work on his bowling. Stay tuned for our 100% FREE cricket tips and match guides from our professional betting tipsters.

“Give him a chance in Test cricket where he can bowl 10-15 overs and learn the craft of getting wickets.”

Madan Lal believes that Umran should not play international T20s as of now. He should instead be given a chance in Test matches, Lal said. While he agreed that Umran had a lot of potentials, he also asked the team management to hone his skills properly and make him a proper international prospect. Lal added that he must learn the craft of taking wickets.

The pace sensation from Jammu & Kashmir had a brilliant IPL season where he picked up 21 wickets in 14 matches. His deliveries also crossed the 157 kph mark as he continued to make life difficult for the batsmen. On the back of these performances, Umran was picked in the T20I squads against South Africa, Ireland, and England. Only three matches old in the format, Umran has been expensive in all of his outings, returning a combined economy rate of 12.44. Another notable fact has been his inability to cross the 145-mark frequently in recent times. He certainly adds an X-factor to the Indian bowling attack but he has a long way to go until he becomes a permanent member of the side. Want to bet on cricket on the move? Discover India’s best legal betting apps here on our site.