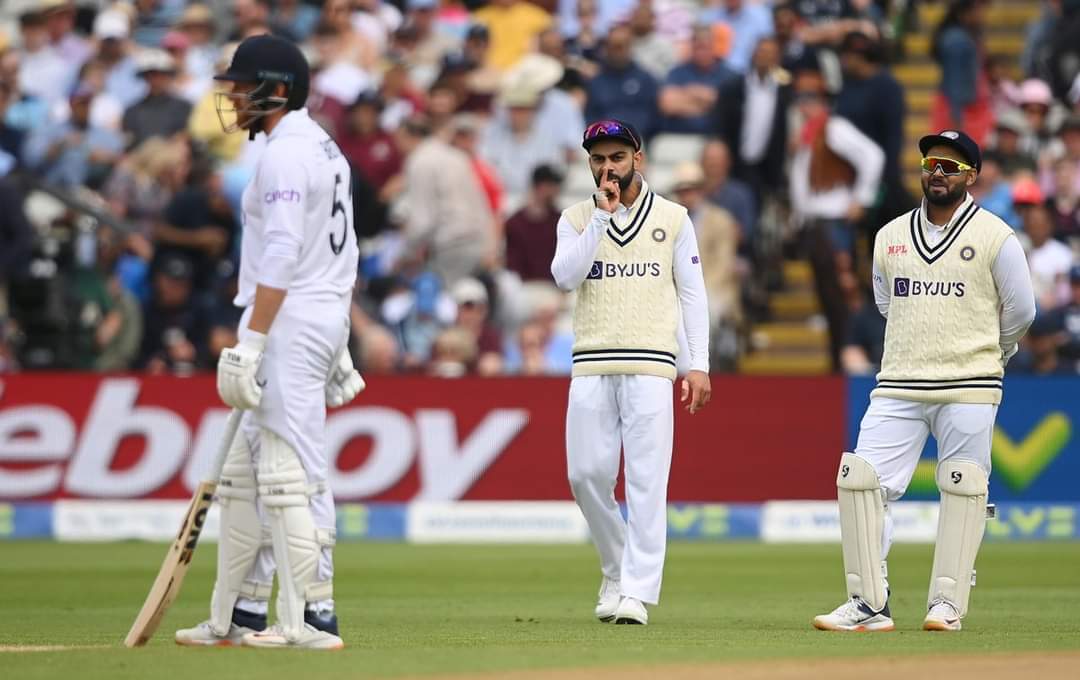 ENG VS IND: Former England player Monty Panesar has opined on the lean patch of Virat Kohli. He also opened up on Kohli’s sledging in the rescheduled fifth and final Test at Edgbaston and stated that he was under pressure. Panesar also added that the trust issues with the BCCI affected him as well. Notably, Kohli made headlines in the fifth Test at Edgbaston against England by involving in a verbal war with Jonny Bairstow. Discover more best sports betting sites in India that are top-rated in the market and it has an amazing live betting platform. Have fun at home!

Although the batter didn’t face any action for his sledging, several former cricketers slammed Kohli for doing so. While speaking to the Times of India, Panesar opened up on Kohli’s on-field behaviour, saying that the celebrations were over-exerted. The veteran also felt that Kohli seemed under pressure, considering his form and his off-field issues with the BCCI.

The former off-spinner said: “Watching his behavior and everything in England, I asked myself is that really the Virat Kohli? It was a bit over-exerted. It’s not him. It wasn’t really him. His celebration and sledging showed that he was under some pressure. It’s not the Virat Kohli we know. He has been slightly scarred by some of the trust issues that he had with the BCCI people. He was treated, and how he spoke in the media about it.”

He also felt Kohli shouldn’t have participated in the IPL this year and focused on keeping himself fit for the upcoming mega event – World Cup. However, Kohli, the highest run-getter in the history of the tournament, had a rather forgettable IPL 2022. He could only manage 341 runs in 16 matches which came at 22.73, striking at 115.99 with two fifties as well.

Meanwhile, when he was asked whether Virat Kohli deserves to be in the T20 World Cup squad, Panesar shared his views on that as well. However, Kohli was the man of the tournament in the 2014 and 2016 editions of the mega event, ending both tournaments as the highest run-getter as well. However, on both occasions, Team India failed to win the title.

He further added: “Virat should be in the squad. He should be travelling to Australia because you need Virat in the big global tournaments. He’s an ambassador of the game. So, you need him there. Whether he is playing or not playing, he should be there as a squad member. His experience being there can just actually give that confidence to the youngsters who play.”

However, it will be interesting to see how Virat Kohli performs in the marquee event.