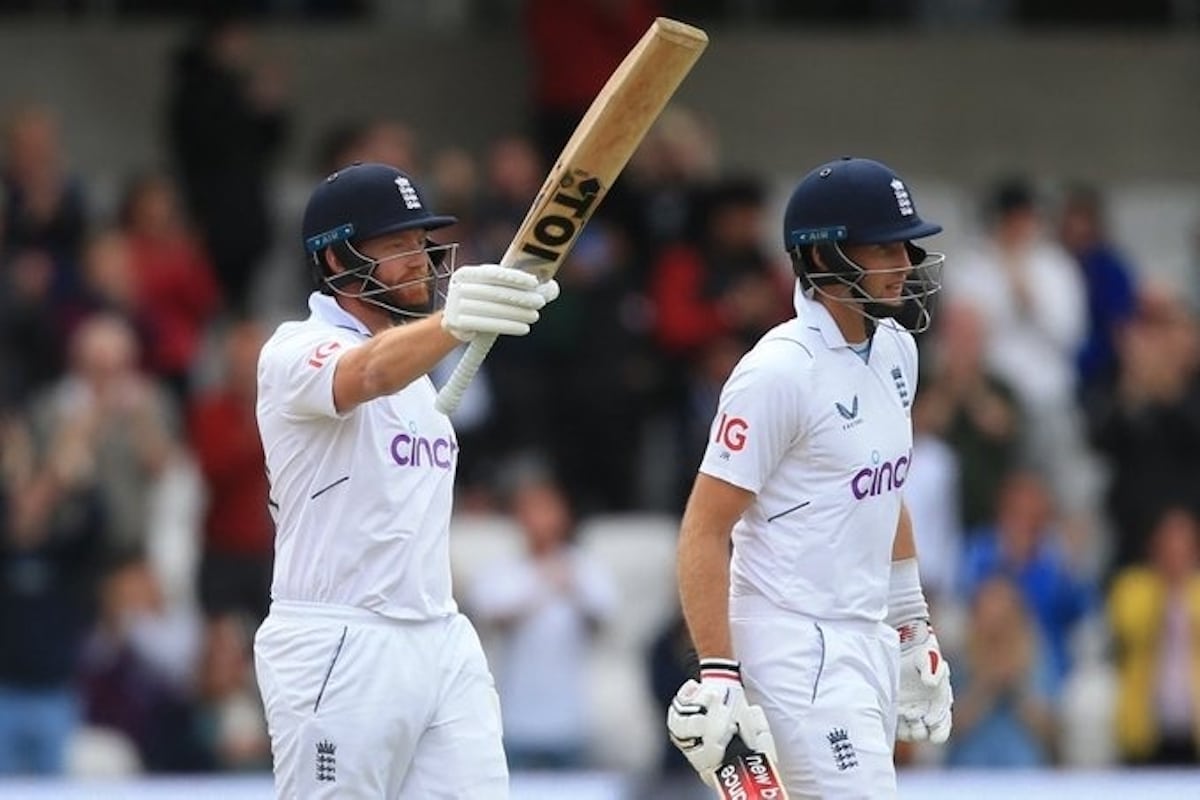 ENG VS IND: Former England batter Nasser Hussain has stated that Joe Root and Jonny Bairstow hardly played any ‘Bazball’ cricket during their 269-run stand to help England register a seven-wicket win over India. Hussain also said that the pair only played conventional shots and they were nearly impossible to bowl to on the current form as well. If you are searching for the best betting sites in India, you are in the ideal place!

However, Root and Bairstow added a stunning partnership as England registered their highest run-chase in Test cricket with seven wickets in hand at Edgbaston. They started playing when the hosts slid to 107-3 and stayed unbeaten to take the team home with twin hundreds. In his column for Sky Sports, Hussain also stated that he hardly remembers them in such sublime form for a long time and he was glad that they played conventional shots.

The former England batter said: “The form that Jonny Bairstow and Root are in – I can’t remember a pair of England cricketers being in such form for such a sustained period. I will be perfectly honest, it’s not really Bazball. The way they are playing is just what normal Root and Bairstow can do. Every time they have taken a risk, they have nailed it. They have been so smart, so sensible. You cannot bowl to those two at the moment. That’s how good they are.”

ENG VS IND: Joe Root and Jonny Bairstow impressed everyone with their centuries

Joe Root, who was awarded the player of the series award in the five-match Test series against India, smashed 737 runs which came at 105.28 with four centuries. On the other hand, Jonny Bairstow scored twin tons against India at Edgbaston. Meanwhile, the former England captain also warned that more challenging times are awaiting for them; however, he called the win over India as ‘remarkable’.

He added: “There will be difficult times, where fourth-innings run chases will be tougher than they have been this summer. England will make mistakes and they will have to learn from them. This win over India was remarkable. To do it once it is remarkable, to do it four times on the bounce is unbelievable, it really is.”

However, England will play the limited-overs series against India, starting with the first T20I on Thursday, July 7.