Home » News » ENG VS IND: “Rohit Has Been Gifted a Lot of Time by Allah as Compared to Virat”- Pakistani Opener on Comparison of Virat Kohli and Rohit Sharma

ENG VS IND: “Rohit Has Been Gifted a Lot of Time by Allah as Compared to Virat”- Pakistani Opener on Comparison of Virat Kohli and Rohit Sharma 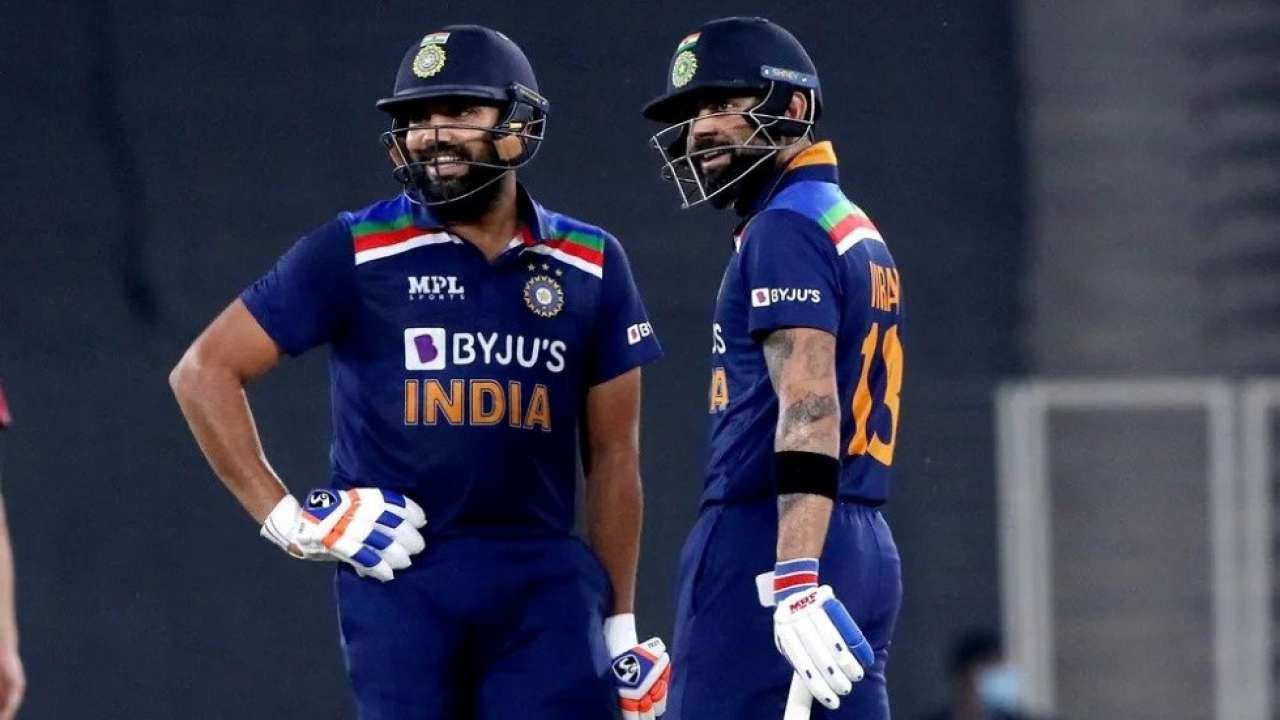 ENG VS IND: Rohit Sharma and Virat Kohli are among the batting greats of this generation. These two are also the backbone of the Indian batting lineup, and their presence is definitely a sign of discomfort for the opposition. That’s what they have been doing all along for Indian cricket over the years. However, there has been much discussion about which of the two is the more important and versatile for the Indian team. Are you looking for legal betting sites in India on the go? If yes, read more here.

However, it is very hard to pick any of these two above another one. Because both of these are great on their own terms and have won numerous matches against India in difficult situations. Rohit and Virat also have a huge fan base not only in India but worldwide. Speaking of this comparison, Pakistani opener Imam-ul-Haq has shared his views and chosen the best among these two.

ENG VS IND: “Rohit has been gifted a lot of time by Allah” – Imam-ul-Haq

The Pakistani opener has rated Rohit Sharma as more gifted than Virat. In a discussion with SAMAA News, Imam said that Allah has given immense talent to Rohit rather than Virat. He pointed out that the Indian skipper has enough time when he bats and it looks like he is batting in reply. He further elaborated on the comparisons,

“The first time I realized the true meaning of timing because I mostly field at point and I get to know. Virat Kohli has batted in front of me, so has Rohit Sharma but Rohit has been gifted a lot of time by Allah.”

Imam also lauded the Mumbai-born batter and said that he could change the game in no time. He concluded by saying that he also wished to play like Rohit and perform for Pakistan. Notably, both these legends are part of India’s ongoing series against England. Virat missed the first game because of an injury, while Rohit smashed a 58-ball 76* while chasing.

The former Indian skipper is struggling with his form and hasn’t touched the 100-run mark since November 2019. However, if he plays against England in the remaining two matches, he will be under a lot of pressure. Virat hasn’t scored an international century for almost three years. He made his last hundred in a test match against Bangladesh in November 2019 at Eden Gardens. But since, then he hasn’t played any significant knock. that is the reason he is also not a part of the Top ten batsmen in Test and T20Is.