Home » News » ENG VS IND: “Right Now, He is the Best There is” – Nasser Hussain on Jasprit Bumrah

ENG VS IND: “Right Now, He is the Best There is” – Nasser Hussain on Jasprit Bumrah 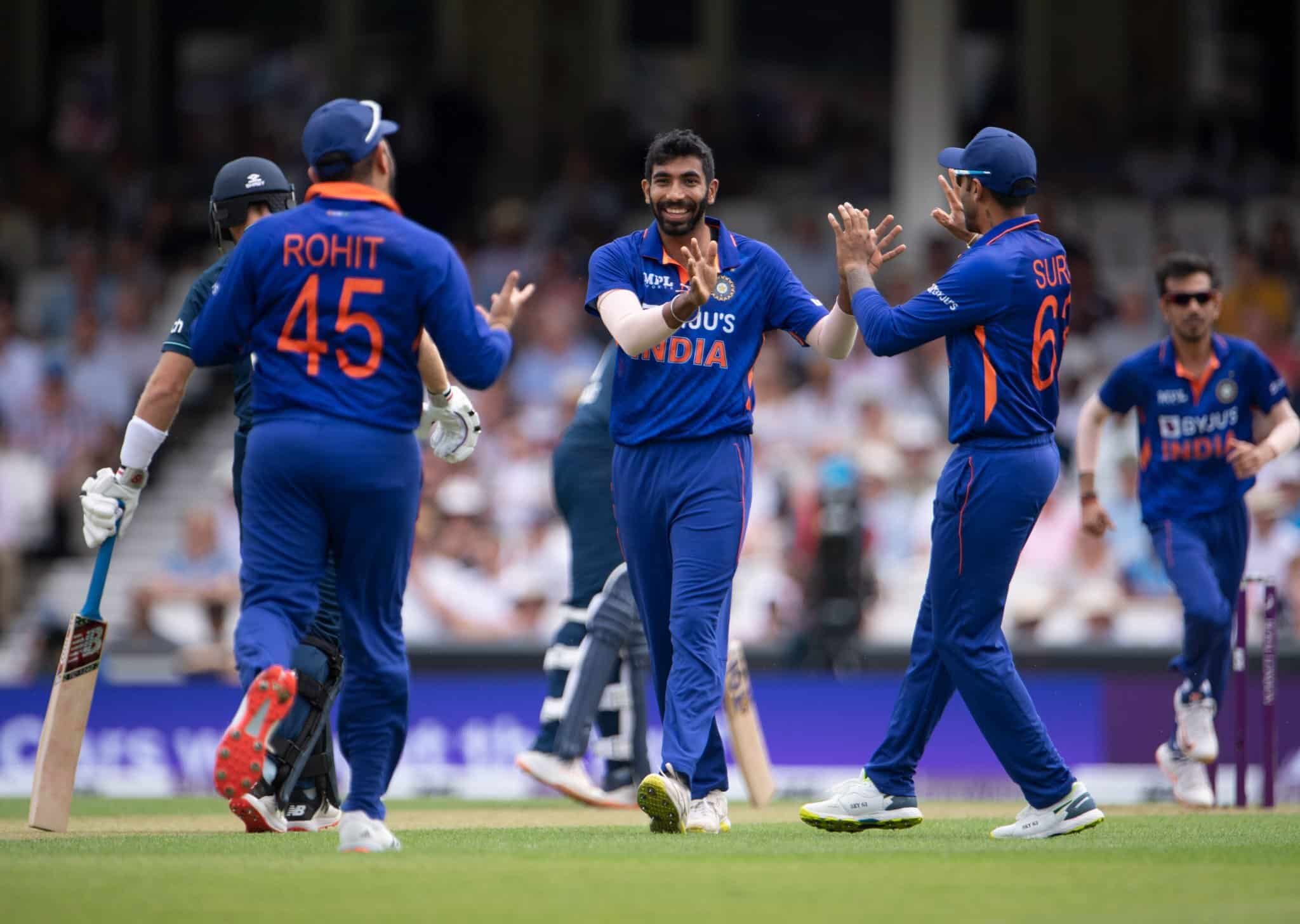 ENG VS IND: Former England captain Nasser Hussain has said that India speedster Jasprit Bumrah is currently the best bowler across formats. His comments came after Bumrah’s terrific spell in the first ODI against England at the Oval on July 12 where he returned with figures of 7.2-3-19-6. However, Hussain said that the right-arm pace bowler’s performance was spectacular and his few balls were unplayable too. Are you looking for legal betting sites in India on the go? If yes, read more here.

However, Jasprit Bumrah, who earned the ‘Player of the Match’ award, helped India register a 10-wicket win. His stunning performance made sure that Team India restricted the hosts to just 110 runs in 25.2 overs. And then Rohit Sharma and Shikhar Dhawan comfortably chased down the total in 18.4 overs as well. While writing in his column for Sky Sports, Nasser Hussain has also admitted that it turned out to be a one-sided game as England stood nowhere. The veteran also believes that currently, only a few other bowlers in the world are near to Bumrah.

He said: “It was a walloping from the first ball to the last, a very one-sided game. India were far too good with the individual performances of Bumrah, Rohit and Dhawan. India were brilliant and England were just not at the races. Bumrah would have to be the best all-format bowler in world cricket. Who would be the challengers? Maybe Trent Boult, Shaheen Shah Afridi, Jofra Archer when fit. But right now, he is the best there is.”

However, Hussain has also applauded Bumrah’s skills and highlighted his ability to swing the ball both ways. He also said that their performance in this game was spectacular, and high-class too. The veteran also stated that he has the unusual action and run-up so the ball does come to the batter like a thunderbolt. Notably, England lost five wickets for 26 runs, with three out of the top four going for ducks as well. Buttler top-scored with 30. Later, Rohit Sharma and Shikhar Dhawan completed the chase in 18.4 overs as Sharma scored a 58-ball 76 as well.

While Hussain gave the credit to India’s bowling, he believes England shouldn’t panic as he feels the new management deserves some time to create their own identity too. The second ODI will take place on July 14 at Lord’s and Team India will look to seal the series after their victory in the T20 leg.

“I don’t think you can be overly critical of England’s batters. Sometimes you just have to say that it’s wonderful bowling. Today was a day to be a bowler and England’s batters were found wanting – but it is absolutely not the time to panic in any way at all. There has been a complete change in management and it will take time for captain Jos Buttler and new coach Matthew Mott to develop their own team and squad,” he concluded.