Home » News » ENG vs IND: “There Is No Selector Born in India Who Can Drop Virat Kohli”- Ex-Pakistani Skipper Makes a Huge Statement

ENG vs IND: “There Is No Selector Born in India Who Can Drop Virat Kohli”- Ex-Pakistani Skipper Makes a Huge Statement 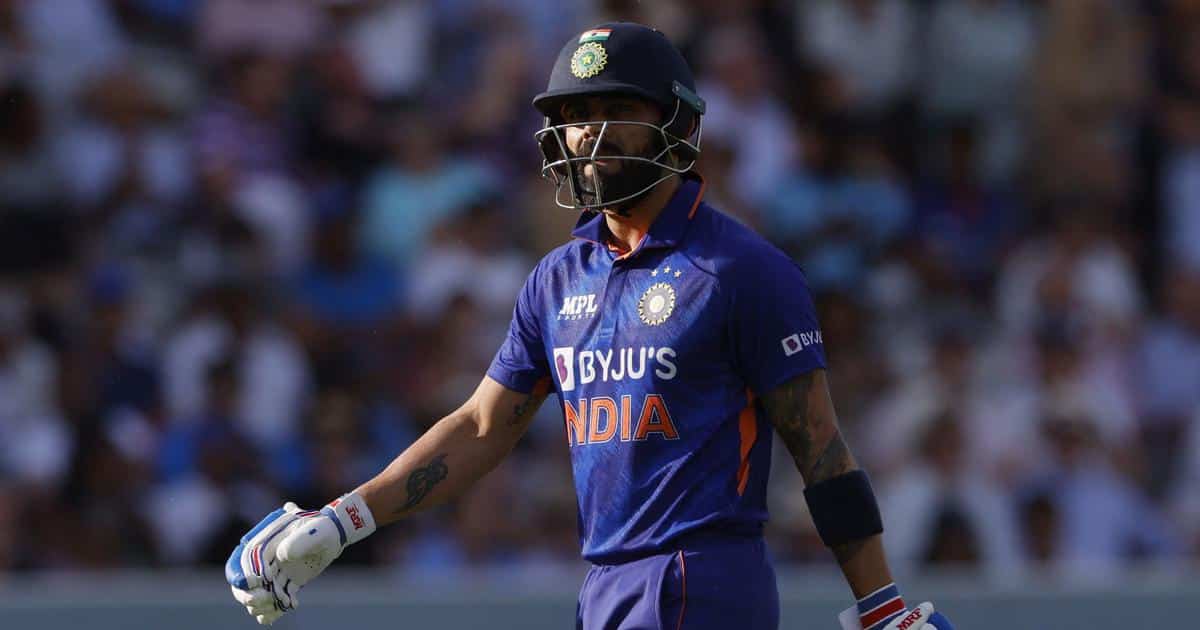 ENG vs IND: India suffered a massive loss of 100 runs in the second ODI against England on Thursday at Lord’s. The loss gave the hosts a chance to come back in the series, and now the series is level at 1-1. The decider will start on Sunday at Old Trafford at 3:30 pm IST. But ahead of the final game, the visitors have some issues to address. The batting looked ordinary in the second game, and the whole team was all out for 146 runs. Seeking for the official betting sites in India? Learn how to find the right one for you and explore your sports betting options.

Three or four batters got the start, but no one could carry on. The Indian skipper, Rohit Sharma, and wicket-keeper batsman got out for ducks. On the other hand, the former Indian skipper, who missed the first match, played in the second game, but once again it was another failure for him. Virat scored just 16 runs and got out to another wide ball at the off-stump. Notably, on this tour, Virat has registered scores of 11, 20, 1, 11, and 16 in five innings across the formats. His bad form is continuously pointed out by critics and many former selectors have also urged him to drop him from the team.

However, many present and former cricketers still believe that Virat still has enough games left in him and will soon regain his form. The Pakistan skipper, Babar Azam, also tweeted and showed his support for the former Indian skipper. Notably, India will travel to the West Indies after the English tour.

The Men in Blue will play three ODIs and five T20Is on that tour. But Virat is not part of any squad. And so far, there is no explanation given from the side of the BCCI. However, as per some media reports, it is learned that he has been given a rest. But the idea of dropping the 33-year-old from the team is increasing like a fire.

Former Pakistani skipper Rashid Latif has also shared his opinion on this. In a YouTube interaction on a chat show called “Caught Behind,” Rashid said that none of the selectors would drop Virat from the team. He said, “India mein wo selector paida nahi hua hai jo Virat (Kohli) ko drop kar sake.”

Speaking of the match, England got all out for 246 runs in 49 overs. The veteran leg-spinner, Yuzvendra Chahal, picked up 4/47 runs for India. He also registered the best figure for an Indian at Lord’s. But in reply, the Indian batting totally collapsed. Reece Topley took 6/24 to bowl India out for just 146 runs. Browse the latest cricket betting odds on a wide range of markets and learn how betting odds work and give you the best cricket rates online.