ENG VS IND: Virat Kohli to Miss First ODI As Per Reports 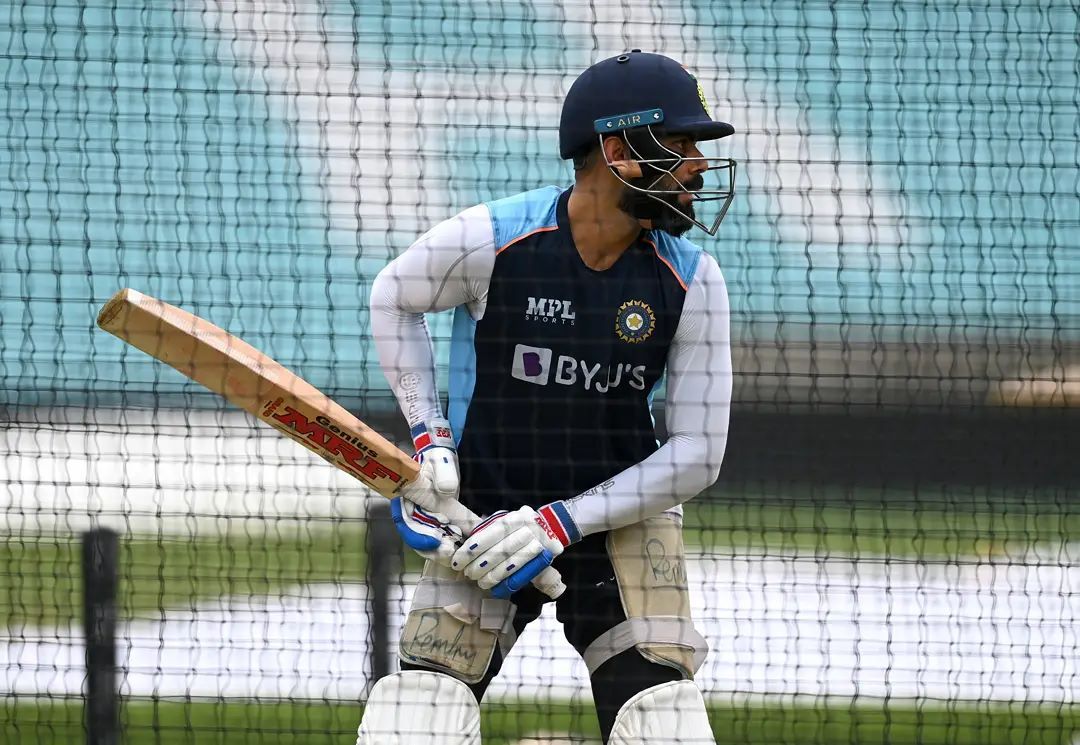 ENG VS IND: India’s middle-order batsman Virat Kohli may miss the first ODI against England due to a groin injury. India is set to play the first game in the three-match series on July 12, 2022, after winning the T20I series 2-1. Bet online by checking more new betting sites in India for the upcoming match here on our site.

“Virat has a groin strain during last game. It can’t be confirmed whether it happened during fielding or while batting. He will probably miss first ODI tomorrow at Oval as the groin needs rest.”

Kohli injured himself during the third T20I against England. While the extent of the injury is yet to be discovered, the management remains hopeful of the right-hander’s participation in the rest of the series. He remained back in Nottingham to get a medical check-up as the other players left for London, the venue for the first ODI.

Kohli did not have a good time in the T20I series getting out for scores of 1 and 11 in two matches. It was clear that he was looking to adopt India’s newly-established aggressive approach in T20 cricket. Despite failing to make an impact, the 33-year-old received the backing of his captain, Rohit Sharma. If you are talking about form, it goes up and down for everyone, said Rohit. He also added that he was backing Kohli’s “quality” to come good more sooner than later. Stay tuned for our 100% FREE VIP betting tips and match guides from our professional betting tipsters.

It has been almost three years since Kohli’s last century in One Day Internationals. While he has had a tough time while batting in Tests and T20s, his record in ODIs is pretty decent in this period. He has scored six fifties in his last ten ODIs and was all set to take the number three spot in the Indian team until injury ruled him out.

A number of experts have been questioning Kohli’s place in the Indian team because of his poor run. His last international century came in 2019 in a Test against Bangladesh. Recent performances have not helped his cause as he failed to set the IPL on fire. Also, he managed only 31 runs in the fifth Test match versus England. There have been calls for him to take a break from cricket.

In the absence of Kohli, Shreyas Iyer and Suryakumar Yadav will occupy the number three and four spots most probably. Shreyas himself is having a hard time in international cricket, getting bounced out on multiple occasions. On the other hand, Suryakumar is riding high on confidence on the back of his maiden T20I ton. He scored an eye-pleasing 117 in the third T20I against England to almost book his spot for the T20 World Cup. For more cricket betting odds and scheduled matches for the 2022 season, read here.