ENG VS IND: When Suryakumar Yadav Made 215 Target Look Smaller 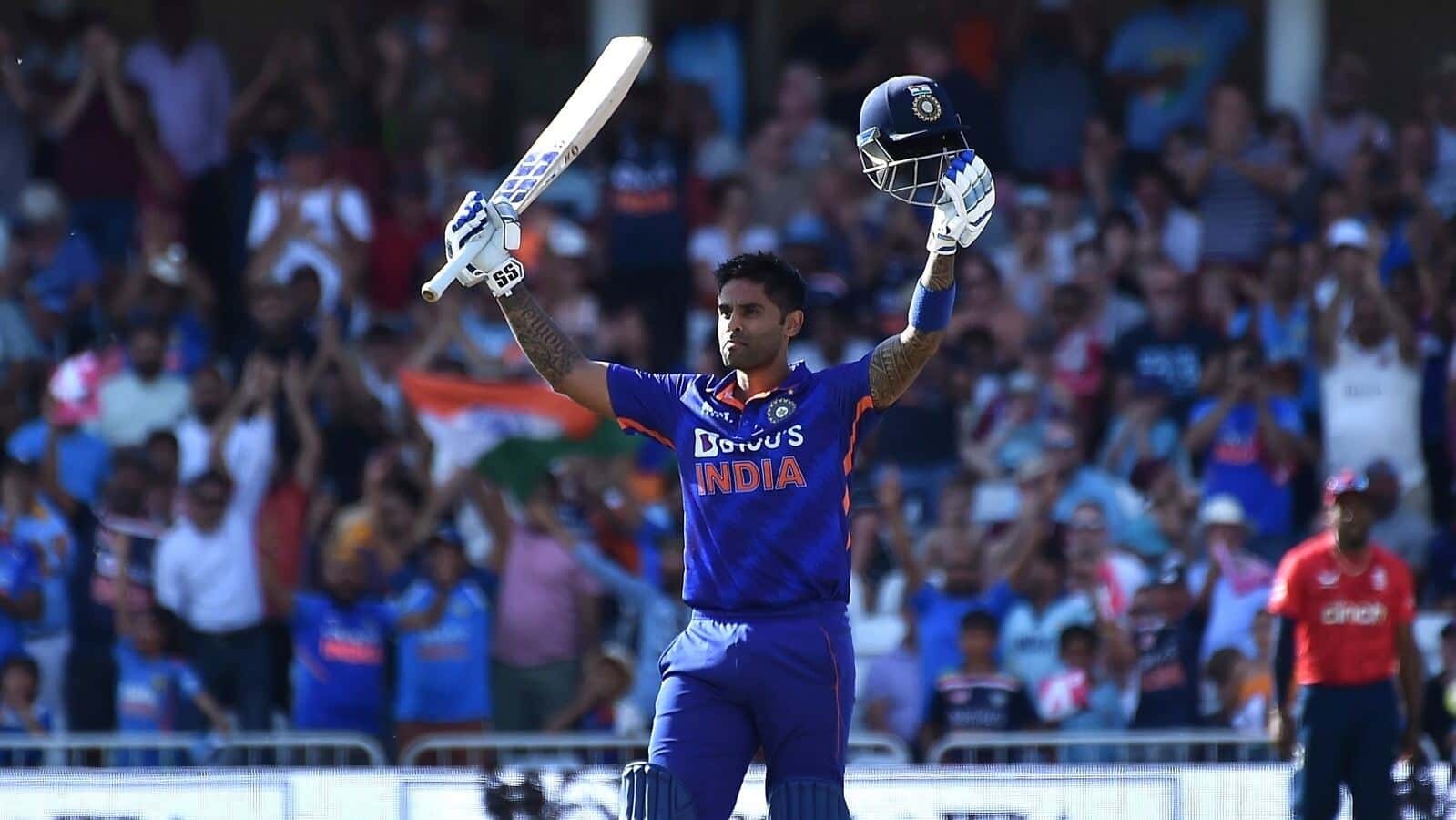 ENG VS IND: Suryakumar Yadav may not have won India the match yesterday but he sure won hearts around the globe. His innings of 117 off 55 balls were a perfect illustration of what Suryakumar, or as he is fondly called, SKY stands for. Strokes are all around the park and all of them are effortless. He was already the frontrunner in nailing a middle-order spot in the Indian team. Now one cannot imagine a World Cup team without him. Such was the magnificence of the knock, two white-ball greats Rohit Sharma and Jos Buttler hailed it as ‘one of the best T20 hundred’ seen. Bet online by checking more legal betting sites in India for the upcoming match here on our site.

The Art of 360 Degree Batting

“Surya was magnificent to watch. I have been watching him for a while now. Loves this format, has wide range of shots. He has grown from strength to strength since we got him into the squad.”

Suryakumar walked out to bat at 13/2 which soon became 31/3. Here he was, with Shreyas Iyer, one of his competitors for a middle-order berth. But they had a bigger goal in their minds, to win India the match. Suryakumar’s Powerplay score of 8 off 12 was in no way an indication of things to come. The seventh over of the innings was. This is where he unleashed some Suryakumar-special wristwork to play a ball pitched close to the off-stump behind point. Next ball, whipped over square-leg after a shuffle across the stumps.

Taking on the aggressor’s role in the partnership, Suryakumar Yadav did not give any chances to the opposition. He spared no one from his onslaught. He hit 14 fours and six sixes to notch up his highest T20I score. The fifth Indian to score a century in T20I cricket, Suryakumar Yadav played some unbelievable shots. The standout has to be the carved six over backward point off Richard Gleeson. An incredibly difficult stroke to play, Suryakumar made it look like a work of art. He was particularly destructive against Liam Livingstone, hitting him for three fours in his first over, each to a different part of the boundary. In his next over, he hit him for a couple of sixes to take his bowling figures to 2-0-36-0.

Suryakumar showed no mercy to even Chris Jordan, England’s best bowler in the series, lofting him numerous times over the infield. Jordan’s hard lengths have been a concern for Indian batsmen this series, but Suryakumar was quick to assert his dominance over England quick. On one occasion, Suryakumar actually swept him towards a fine leg for a boundary. It would not be wrong to say India has found its Mr. 360.

While Suryakumar was going strong at one end, India lost a number of wickets post the 15th over. Dinesh Karthik and Ravindra Jadeja departed without making much of an impact as Suryakumar was left with 41 runs to score off the final two overs. After taking Moeen Ali for 16 runs in the first four deliveries of the penultimate over, he eventually fell to a mistimed stroke. India went on to lose the match by 17 runs.

This inning comes after consistent performances in the IPL as well as international cricket for quite some time. After waiting on the sidelines for years, Suryakumar has made most of the opportunities that have come his way. Rohit Sharma, his captain at Mumbai Indians and in the Indian team, marked him for big things a long time ago, according to one of his old tweets that went viral yesterday.

Irrespective of the result, Suryakumar Yadav played an innings to be remembered. At a time when the management is yet finalizing the batting lineup, the Mumbai batsman showed the world what he is capable of. Add to this his ability to fit anywhere in the batting lineup, and Suryakumar becomes a certainty in India’s squad for the T20 World Cup.

Bet using our best real money online betting apps in India that can be downloaded here or in the Apple store and the Playstore, enjoy betting just at home!