ENG vs NZ: Coach Praises Kyle Jamieson for Opting Out of IPL 2022 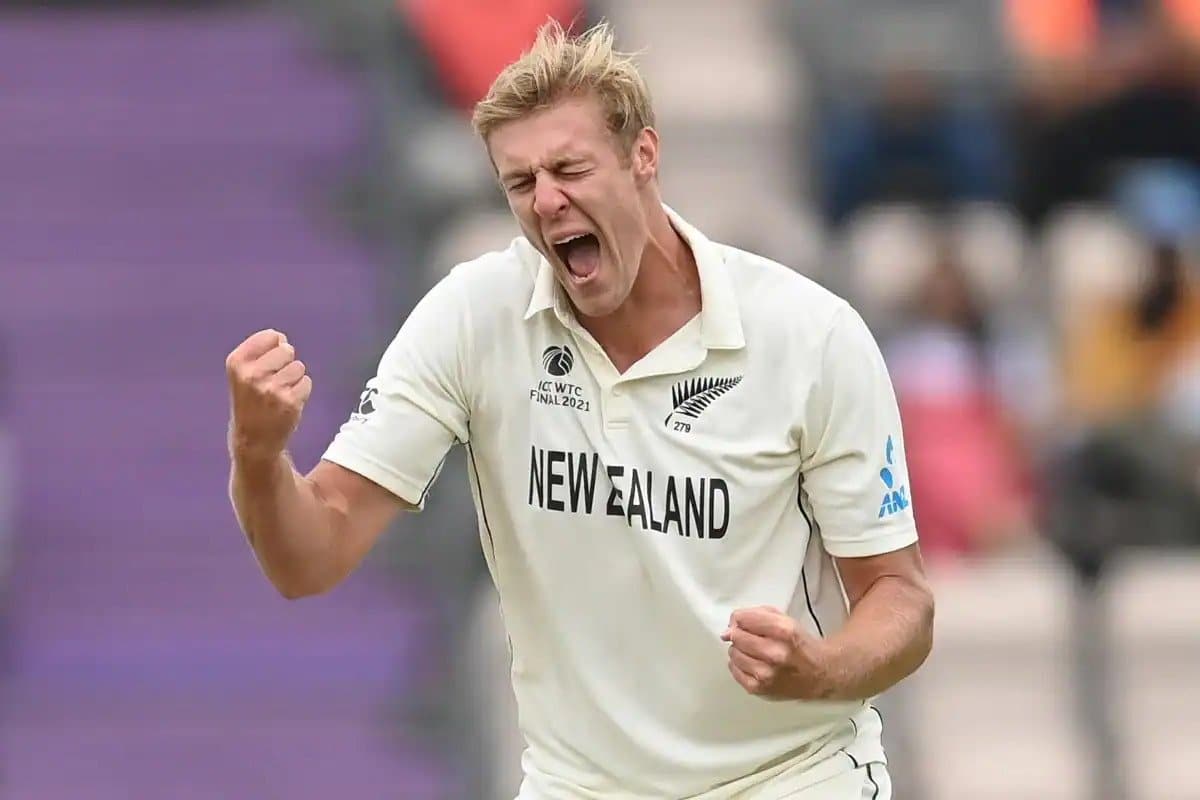 Jamieson set the world stage on fire right from his initial international games for New Zealand two years ago. He made his ODI debut against India in 2020 and was named player of the match in his debut match. In the same series, he made his Test debut against India and picked up his first five-wicket haul in the second match. Jamie then took steep strides and hasn’t looked back since.

He was soon drafted into New Zealand’s T20I side. A few months down the line, Jamieson registered his best Test match figures when he picked up 11 for 117 in the second test against Pakistan. For his advances in cricket, he was roped in by Royal Challengers Bangalore for IPL 2021 for $2 million. At 6ft 8 inches tall, Jamie was the second-most expensive player that season. However, he opted out of the mega IPL auction this year in order to rest and prepare for the series against New Zealand.

Jamie’s bold decision has not gone unnoticed as New Zealand coach Gary Stead has called it brave and has praised his decision.

“I think it’s a very brave move for someone at Kyle’s age to make but he’s obviously had some experiences there and worked out what he needs as a cricketer,”

Stead further pointed out Jamie’s commitment to playing Test cricket and appreciated his self-care for that purpose.

“He wants to play obviously all formats for New Zealand if he can but Test cricket being the pinnacle for him is really important for him. I congratulate him for looking after what he thinks he needs to do to play Test cricket, first and foremost”

Jamieson had a lean series against SA

Jamie has played 14 Tests so far for New Zealand. He has picked up 66 wickets at an astonishing economy with an average of 2.58 and 18.73 respectively. NZ are the current World Test Champions but are presently in sixth place in the points table of WTC 2021-23. Read our guides and free betting tips, written by the professional betting experts.

Jamie had a lean home series against South Africa. He could only manage to pick up 6 wickets at an average of 33. He would definitely look to get back in his true colors. Coach Gary Stead is confident in Jamie’s commitment and determination.

“I think he’ll be the first to say he just didn’t feel quite right last year and maybe through a workload issue as well. I guess we’re not going to know until we’ve seen him. He’s looking fit and strong at the moment. So I’m excited to see what he will bring”

Get the latest legal betting apps for IOS and Android here on our site and learn more about how online betting works.